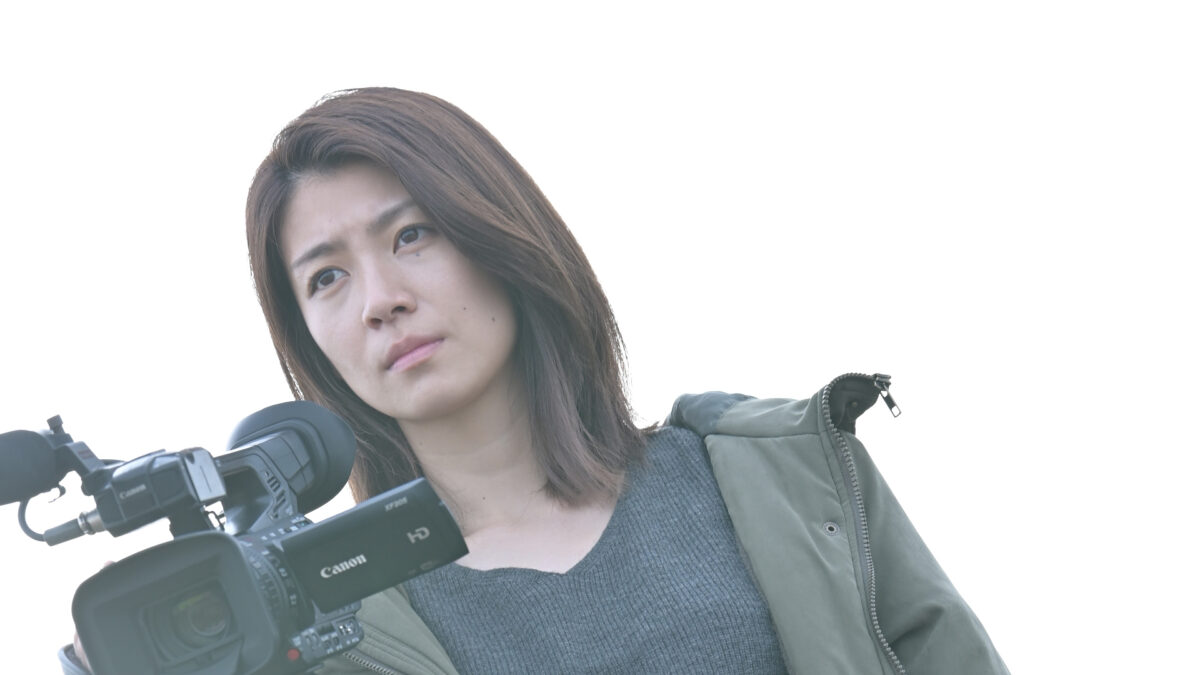 Kumi Takiuchi as Yuko in "A Balance." Photo courtesy of Film Movement.

In Yûjirô Harumoto’s second feature as both writer and director he finds the delicate balance between the complex and the complicated in both story and character.

Yuko, a documentarian with a strong code of ethics, always approaches her work with a respect for truth while letting her unbiased position speak for the issues. In this case, the subject she pursues is bullying and its consequences. A teenage schoolgirl has recently committed suicide after her school expelled her. Rumors had been floating that she was sleeping with one of the teachers, and though she denied it strenuously, the school said they had proof. A pariah among her peers, the media soon contributed to the fallout. Unable to face the social backlash, vicious bullying, scurrilous articles in the media, and her vision of a ruined future, she threw herself in the river. It is at the site of her drowning that we meet Yuko as she films the girl’s father who visits it daily. His sadness is overwhelming, compounded by the fact that he has been ridiculed on social media and struggles to survive. 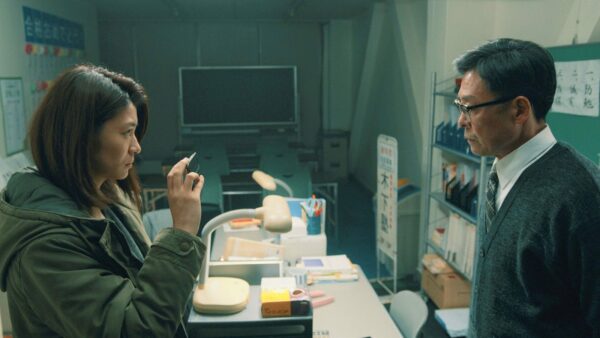 Kumi Takiuchi as Yuko and Ken Mitsuishi as her father in “A Balance.” Photo courtesy of Film Movement.

Shortly after the student’s death, her teacher, attacked, vilified in the media, and publicly disgraced, committed suicide, also by jumping into the river, leaving a note proclaiming his innocence. Yuko has tried repeatedly to reach out to the school for substantiation of the charges, but they merely reply, repeatedly, that they have proof. When she is able to secure an interview with the teacher’s mother provided they hide her face and not reveal her location. Yuko learns that trolls have been hounding her, blaming her, relentlessly targeting her as responsible for the alleged sins of her son. A timid woman, she has been forced to move multiple times and live in the dark, literally and figuratively, because whenever she is sighted, her address is posted on the internet and she is hounded once again. She recounts how miserable her son was at the school and had made many requests to transfer. She is a defeated woman, unable to resume any kind of life. Victims aren’t only the ones who die, but also the ones left behind.

With the mother’s interview in hand, Yuko begins the arduous process of submitting her rough cut for approval at the network. They, significantly all men in suits, ignore her presence and talk directly with her male producer. Her film is too harsh, they complain, and she places as much blame on the media as on the school for the aftermath. As they point out, it’s biting the hand that feeds her and she will have to change the entire focus to the school with little or no mention of the media’s role in fueling the hatred. Also, she needs more perspective and backup with other relatives of the victims. Yuko trudges on, determined to make sure this important story doesn’t get lost. A stroke of luck brings her to the sister of the teacher who also had to put her future and that of her child on hold because of continued intimidation.

Documentaries don’t pay the rent, and certainly not to a female freelancer, so Yuko has a day job. Well not exactly a day job because she is a tutor at her father’s night “cram” school. Cram schools were set up to help students improve their scores for the elite secondary school entrance exams. They are very expensive and contribute to the already high levels of stress experienced by students that is reflected in increased suicide rates. But Yuko is a caring teacher and close to her pupils. When one of them, Mei, falls ill, Yuko is by her side and tries to find medical help. Mai rejects the help. Her father has fallen on hard times and they are behind on their insurance payments; she can barely keep up with her cram school fees. 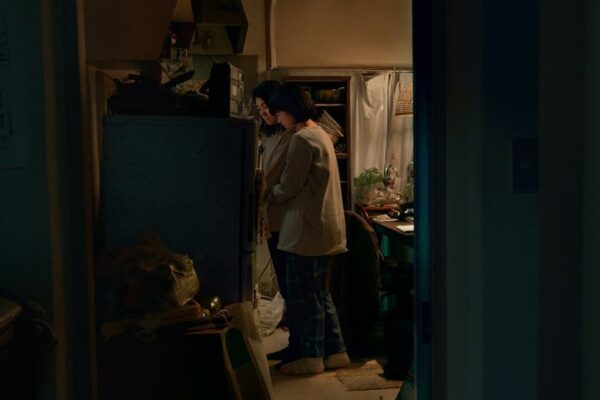 Yumi Kawai as Mei and Kumi Takiuchi as Yuko in “A Balance.” Photo courtesy of Film Movement.

But Mei isn’t ill, per se; she’s pregnant. When Yuko learns more about the pregnancy, her life, ethics, and moral structure become much more complicated. The father is Yuko’s father, forty years older than the teenaged Mei. He has placed himself and Yuko in an untenable position. The harassment and public shame that she has been documenting will be hers if this information becomes public. Her career, only just beginning, will be over.

Between the documentary and trying to navigate Mei’s dilemma, Yuko’s core values are put to a rigorous test. As she continues to help Mei, financially and psychologically, one must ask the question, who is she really trying to help? Is Yuko trying to save herself or the victimized student? And what about the rumors about Mei’s personal behavior? What her father did was unconscionable but is Yuko any better by covering up the crime? And just when the documentary has finally been approved for air, a secret comes to light that upends everything she’s worked for.

Will bending her ethics for her own good bleed into her work on the documentary? If the truth brings more odious consequences than the original misdeed, should the truth still will out? These are the questions that Harumoto poses. Both Yuko’s documentary and her situation with Mei fully illustrate that sometimes it is the family of the actual victims that are collateral damage with little room to negotiate.

Harumoto’s characters are all complex individuals. Yuko, played by Kumi Takiuchi, is exceptional portraying not just a woman caught in a firestorm not of her own making but also as the stoic woman who must negotiate the unfriendly waters of the essentially all male corporate world. Yumi Kawai as Mai is a hot mess of conflicting emotions and traits, from child victim to manipulative teenager to confused girl in an untenable situation.

Harumoto as writer and director has done an excellent job in presenting enigmatic circumstances. Harumoto the editor, however, did neither the director nor the writer any favors by allowing this film to expand into a sprawling 2 ½ plus hours. An experienced, even if ruthless, independent editor would have cut at least 30 minutes from the film so that it flowed better with less redundancy. Nevertheless, this is a fine, worthwhile film led by an extraordinary leading lady, Kawai, and is highly recommended.

In Japanese with English subtitles.