A Brief History of Public Education in California

California was the first American state to be settled on the pacific coast. California’s educational history is an interesting one with many colourful and inspirational characters. California was once considered the best state for public education; in 2012 the state’s public schools boasted 6,287,834 students enrolled. If you’re curious about such topics as the history of public education, then read on and discover the fascinating people who brought public education to the land of California.

The first constitutional convention of California

Robert Semple delivered a speech at California’s first constitutional convention in Montery 1849. During his oratory essay, Semple declared that education should be of “particular importance” to the Californian people. He believed that California’s abundant natural resources and superb geographic placement made it the perfect environment for students. 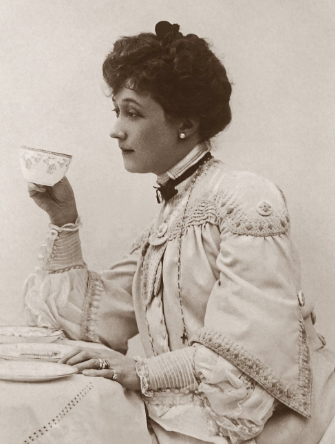 Before Semple delivered his inspirational speech, and before California was even a state, Mrs. Olive M Isbell set up the first American school in California in 1846. Originating in a ramshackle hut near a church in Santa Clara, Mrs. Isbell’s school aimed to teach children basic language skills. So, while no one had to write an essay, they did have to learn the alphabet.

As school supplies weren’t given out for free, the pupils didn’t have any blackboards or even paper. This meant that the children had to resort to writing their ABCs on the backs of their hands. Despite being a far cry from today, where college students can look up free essay samples and other paper examples online at sites like Gradesfixer.com, Mr. Isbell was the very first Californian teacher and would go on to found a second school in the city of Montery. This school was where the first American flag was raised in California.

The first public school in the US state of California

California’s second school was located in current-day Portsmouth Square, San Francisco in 1848. The school was under public control however it still subsisted entirely off tuition fees. Sadly, this school was to be short-lived as one of its crucial teachers would quickly abandon teaching for prospecting once samples of gold were revealed in Coloma.

However, one year later John Pelton would open a new school in San Francisco. Predominantly sustained by public donations this school was one of the first to offer free attendance for its poorest pupils. This makes it one of the earliest known examples of a public school in California.

The evolution of California’s school system

These humble origins of Californian education pushed the government into providing greater funds to encourage scientific research and academic writings. Public land was made available for constructing new school districts. Whilst certainly a step in the right direction, the legislature of California refused to further increase taxes for educational establishments, which led to many schools still being underfunded. This was partially remedied by the creation of the first California superintendent of schools and public instruction. Under his direction funds were redirected to aid struggling schools, however, it would take another decade for public education to be completely revolutionized by John Swett.

When John Swett ran for the position of superintendent of public instruction he was initially met with hostility and skepticism. Many rural communities, especially miners and farmers, didn’t believe he was the right man for the job as he lacked a ‘classical education’. Despite this, Swett would go on to win the hearts of these non-believers and secured his position in a landslide vote. Swett would completely alter the educational system into the foundations of what it is today. He did so firstly by improving the infrastructure of crumbling buildings and lengthening the school year. His most revolutionary idea was to abolish tuition fees, enabling free access to education for all. These revolutionary changes practically made him the founding father of California’s public education.

This has just been a brief overview of public schooling in California. Education today is entirely different from the days of Mrs. Isbell and her first little schoolhouse. Now when one looks at public education ranking by state, California ranks number 38 and in the past, it has ranked even higher. Regardless it was the work of brilliant examples of American fortitude and educational fervour, like Mrs. Isbell and John Swett, that made Robert Semple’s vision of an educated California a reality.