A home for Jeeter. Erika Fleury leads effort to find homes for Jeeter and other abandoned chimpanzees 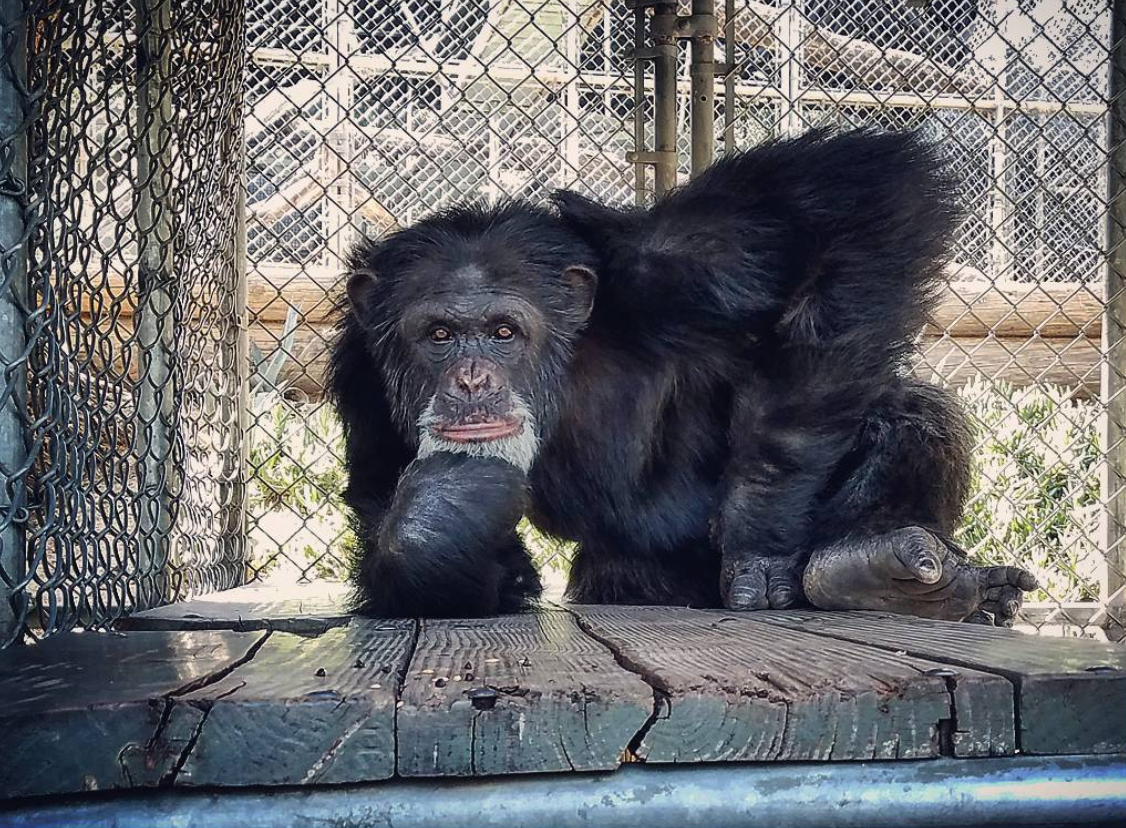 Billy is one 42 chimpanzees who lost his home when The Wildlife Waystation in Angeles National Forest closed in 2019. Photo courtesy of NAPSA 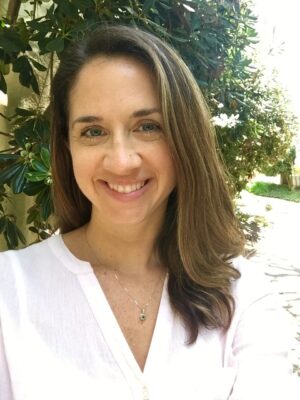 Seven months before the coronavirus became a global pandemic, Erika Fleury learned that 42 chimpanzees in the Angeles National Forest were losing their home. In her field, the news heralded a disaster.

“This is an emergency,” she thought.

Fleury, who moved to Rancho Palos Verdes from Redondo Beach last year, is the

the program director, and sole employee of the North American Primate Sanctuary Alliance (NAPSA). Her interests in primates began when she was in college.

Fleury, who grew up in New Jersey, was an English major, but enrolled in an introductory primatology class because she thought it sounded fascinating. Her roommate thought it odd she would take a class she didn’t need.

The class would change her life.

“I couldn’t get enough of it,” she recalled. She began reading everything she could find about primates, which mimic humans in so many ways: biologically, mentally, socially. She even studied sign language, which chimpanzees can learn.

A few years into this obsession, Fleury contacted some sanctuaries. One offered her a short-term internship that would set her on her life’s path. She soon combined her interest and her writing talent to researching and writing Monkey Business: A History of Nonhuman Primate Rights. The book explores the position of nonhuman primates in modern societies, which have bred these animals specifically for biomedical research, movies, and the exotic pet trade.

Many chimpanzees were bred in the 1980s and 1990s for AIDS research. They spent their lives in labs, locked in small spaces, apart from other chimps, let out only to be strapped to a table and experimented on. The National Institutes of Health stopped funding research involving chimps in 2015, but chimpanzees can live 50 years. As a result, Fleury, the current demand for primate sanctuaries is “overwhelming.”

Her organization, NAPSA, represents 10 of the leading primate sanctuaries in North America. Together, these facilities care for more than 830 formerly exploited monkeys and apes.

“When you consider that they’re purposefully bred to be on this Earth to benefit humans, it makes sense that it’s up to the humans to help them,” she said.

In August 2019, The Wildlife Waystation, a 160-acre refuge in the Angeles National Forest, announced it would be closing. The Waystation, one of the first facilities in the United States dedicated to rehabilitating exotic animals, cared for over 77,000 animals in the 40 years it operated. Many of those animals came from the Hollywood film industry. If you grew up in Los Angeles, you might remember visiting The Waystation on a field trip as a kid.

When the facility told the state it would be closing, more than 480 animals lived there. Forty-two were chimpanzees.

“Where are they going to go?” Fleury worried when she heard the news. “Who’s going to care for them? And who’s going to pay for that?”

The California Department of Fish and Wildlife began searching for new homes for the animals. NAPSA became involved, too. Fleury’s job was to contact sanctuaries that met standards for oversight, financial stability, and animal welfare. Most were at capacity.

Sanctuaries are expensive to build and maintain. They also run entirely on donations, and support from charitable foundations.

“These are strong animals,” Fleury says. “They’re very smart and they live very long lives, so housing them is no small undertaking.”

NAPSA’s solution to the problem was to fundraise for construction of new chimpanzee enclosures at reputable sanctuaries, as well as for their transportation and ongoing care.

Still, the campaign has yielded national media coverage, the support of Dr. Jane Goodall, and a short film narrated by award-winning actors Joaquin Phoenix and Rooney Mara. Jeeter, the chimp who loves toes and gets humans’ attention by wiggling his, made it onto Ellen Degeneres’s social media platforms.

The campaign has yielded $2.4 million – about 35 percent of Fleury’s goal. Checks have come from as far away as Japan.

“It’s really been beautiful to see the village that’s sprung up on their behalf,” Fleury says.

Twenty-three of the chimpanzees have been rehomed. Eighteen remain. (One died last year of natural causes.) Eleven of the remaining 18 will be heading to a Louisiana sanctuary, Chimp Haven, in the spring, where for the first time they will have outdoor areas, trees, grass, and large social groups to interact with.

“They just deserve everything we can give them,” Fleury said. “They shouldn’t be here in the first place. They should be living in Africa, if anywhere.”

Seven chimpanzees still have no home. Fleury’s team hopes to complete the full relocation this year.

“Every time a group leaves, there are tears,” she said. “We’re so happy for them. We’re getting closer to the end, and we’re thrilled to see a light at the end of the tunnel.”

To donate to the chimpanzee relocation effort, visit chimpsinneed.org. PEN