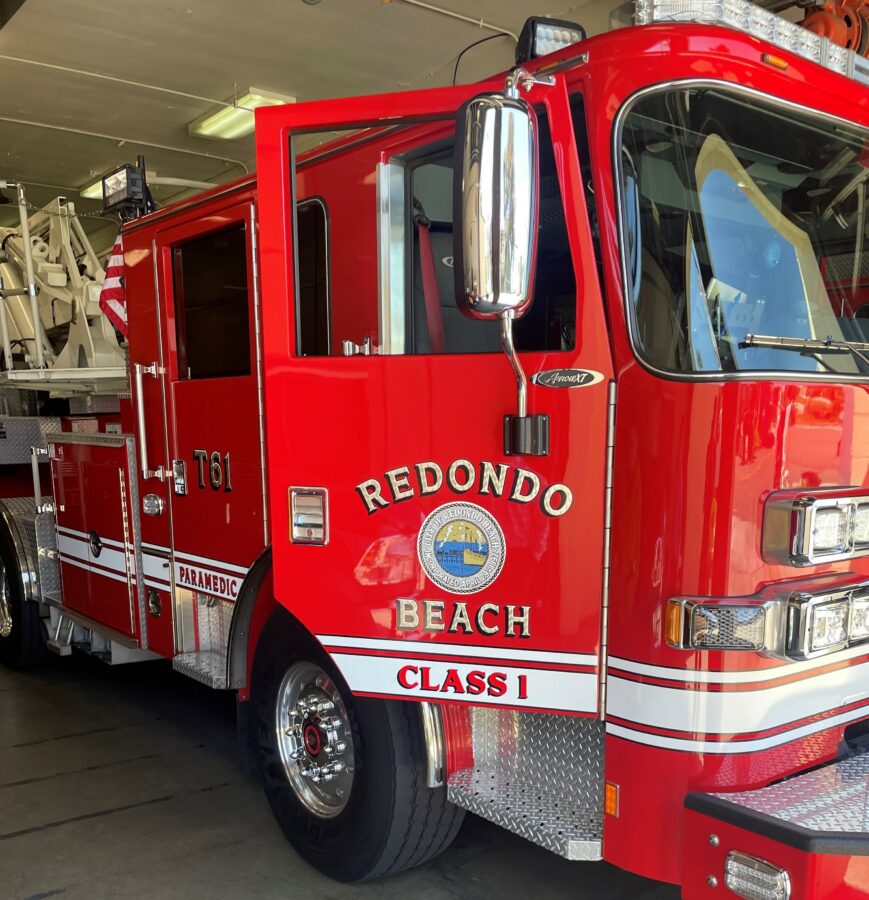 The Redondo Beach Fire Department may have a new interim chief in the next two weeks. Photo Courtesy of RBFD

A conditional offer of employment has been made to a new interim Redondo Beach Fire Chief.

City Manager Mike Witzansky confirmed that the offer was made, pending standard background checks for a public safety officer.

The person is not an internal candidate.

Duration for the hiring is to be open-ended.

The news comes while the city is in the midst of a study to determine the possibility of moving its fire services to L.A. County. Also, the department completed its own internal assessment in April, led by current interim chief Keith Kauffman.

“In consideration of the L.A. County fire study and our own internal assessment, it’s important that we maintain the interim status,” Witzansky said.

He hopes to be able to announce a new chief the week of Aug. 22.

Tonya McKenzie, a member of the Los Angeles County Commission on Alcohol and Other Drugs,  Redondo Beach Chamber of Commerce boardmember, and President of the North Redondo Beach Business Association, has filed to run against Zein Obagi, Jr., in his District Four recall election Oct. 19.

She was the only candidate to file before the Aug. 4 deadline.

McKenzie, is founder of Sand & Shores Public Relations, and also a member of the City of Redondo Beach General Plan Advisory Committee.

She signed the initial Intent to Recall in February against Obagi, Jr.

“He votes a lot with South Redondo,” McKenzie told Easy Reader then. “North Redondo is feeling like we don’t have any representation. It seems Obagi supports everything that Mayor Bill Brand supports, instead of what his residents have gone to him to support.”

Last winter, in an episode of McKenzie’s podcast “Leaders and Learners,” Elliot Lewis, CEO of Catalyst Cannabis Co., first widely announced he would lead a recall of Obagi. ER

A Metro meeting to gather more public feedback on the proposed Green Line extension is set for tonight, Aug. 11, at Adams Middle School from 6 p.m. – 8 p.m.

The Green Line extension is slated to take one of two routes; elevated along Hawthorne Boulevard, or along an existing railroad right-of-way next to Inglewood Avenue, from Manhattan Beach Boulevard to 190th Street.

Redondo Beach Mayor Bill Brand has expressed his opposition to the railroad right-of-way option to County Supervisor Holly Mitchell, who is on the Metro board.

The article “Redondo’s retail cannabis approval on pause” (Easy Reader Aug. 4) was misleading in its characterization of why City Councilmember Laura Emdee voted against the second reading of the city’s new retail marijuana ordinance.

Her vote would have confirmed the new law.

She explained that she said “no” to the second reading because the election for a competing retail cannabis initiative was moved from March 2023 to Oct. 19.

She instead made a motion to wait on the city ordinance until Nov. 1.

“Because they changed the election to Oct. 19 – illegally by the way, by violating the Brown Act – it no longer made sense to rush the ordinance in light of the Oct. 19 vote,” Emdee said.

In July, Councilmembers Nils Nehrenheim, Todd Loewenstein and Zein Obagi, Jr., voted to move the initiative from March to October – coinciding with a recall vote for Obagi.

Emdee and councilman Christian Horvath left in protest before the roll call.