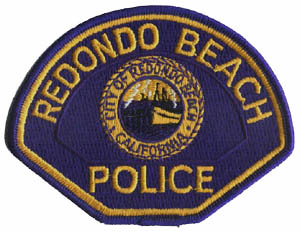 Police pursue suspect into ocean, apprehend him on land

A man with a warrant for his arrest for vandalism led police on a foot chase into the ocean, and back to the beach on Dec. 27.

Just before noon, Redondo Beach Police requested assistance from Harbor Patrol in pursuit of a running suspect. The man went into the water at Avenue A as L.A. County Lifeguards, RBPD and Redondo Beach Fire (Harbor Patrol) all converged on the scene.

Fire Boat 63 and Baywatch Redondo covered the water while RBPD and Lifeguards were on land.

The swimmer first refused to comply with orders to surrender but eventually came out of the water. He was detained without incident by Captain Kidd’s, and taken to the hospital for a mental health evaluation.

Bar owner Ryan Conklin said the building owner has elected not to renew the lease. Conklin is in the process of finding a place to relocate Pat’s II.

Pat’s II followed an original “Pat’s” establishment in Manhattan Beach. The Redondo location was once known as “House of the Rising Sun.”

The mayor has attended various closed sessions in that time and made several public appearances, but had not run a full meeting.

“Been feeling good lately,” Brand told the gathered at city hall Tuesday. “It’s good to be back.”

He thanked well-wishers and added a joking comment as the meeting began.

“I thought I’d start off with a light agenda, (but) everytime you think it’s a light agenda it turns into midnight. Happy New Year everyone.”

(The meeting adjourned in under two hours).

The City of Redondo Beach will consider a declaration of June to be “Pride Month,” with a multicolored LBGTQ+ flag flown under the U.S. flag at city hall.

City Councilman Christian Horvath made the request for a council discussion on the subject sometime before March.

Councilman Todd Loewenstein seconded the motion and there were no objections.

City staff will now draft a resolution for the council.

Horvath later noted that he would like eventually to mark the occasion with more than a raised flag at city hall; to do something permanent, like Manhattan Beach has at Polliwog Park and Hermosa Beach with the painted lifeguard stand.

“This is the first step,” said Horvath, who will complete his second and final term on the council in March. ER

“Campus Clash” (Easy Reader Dec. 22) stated in error that Redondo Beach’s Measure DD went before voters in 2008 as a reaction to the proposed CenterCal waterfront development. The measure instead was related to the earlier “Heart of the City” proposal.

The article also stated that the Beach Cities Health District lease with real estate developer PMG  is for 99 years. The lease is for 65 years, with two optional 15-year extensions.