“Adventures of a Mathematician” – A story problem [MOVIE REVIEW] 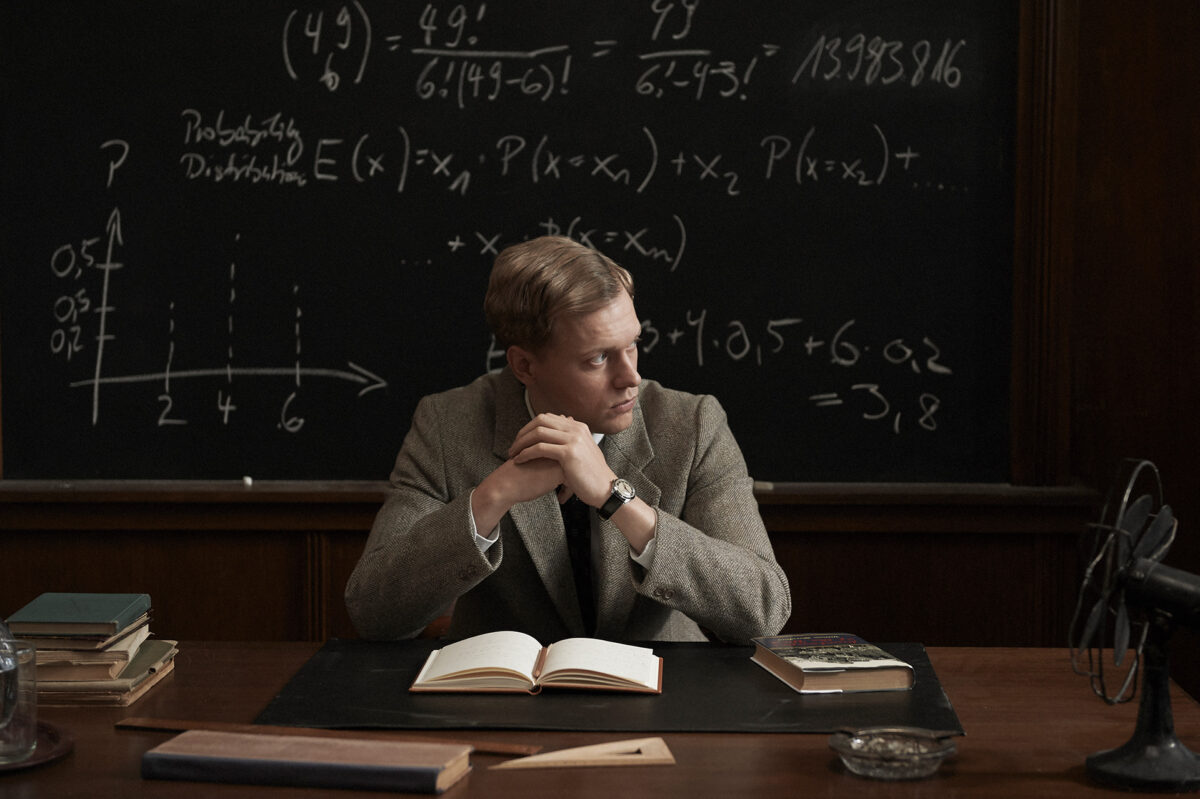 Philippe Tiokinsi as Stan Ulam in "Adventures of a Mathematician." Photo courtesy of Samuel Goldwyn Productions. Philippe Tiokinsi as Stan Ulam in “Adventures of a Mathematician.” Photo courtesy of Samuel Goldwyn Productions.

The objectives of Thor Klein, writer and director of “Adventures of a Mathematician,” were very well-intentioned, but good intentions, while not exactly leading to the road to hell, don’t make an especially compelling movie. That is not to say that Stan Ulam, the mathematician, did not lead an interesting life; he did. The problem was in the focus the director took, or more specifically didn’t take, when adapting Ulam’s autobiography of the same name.

Stan Ulam, a Polish-Jewish émigré whose early mathematical genius brought him to the attention of Hungarian mathematician John von Neumann, recognized by many as the most significant and brilliant mathematician of his time (essentially the whole of the 20th Century). The list of his accomplishments in the fields of mathematics, physics, statistics, engineering, and computer science is too long to itemize. And he believed in the genius of Ulam, inviting him to Princeton’s renowned program at the Institute for Advanced Study and recruiting him to teach at Harvard. When the war in Europe broke out, Ulam wisely left Poland with his younger brother Adam. His ongoing tragedy was his inability to convince the rest of his family to join him. They would all perish in the Holocaust.

It was also von Neumann who convinced Hans Bethe to recruit Ulam to the Manhattan Project in Los Alamos, New Mexico. He was unable to bring his brother with him and had to leave Adam miserably alone and unhappy, with no news of the family still in Poland.

Ulam was drafted to the team being led by Edward Teller who was single-minded in his advocacy of a super bomb using hydrogen, a direct and hostile competition with Robert Oppenheimer who supported the less powerful but easier to manage atom bomb. It was Ulam whose calculations pointed out the irresolvable issues about the amount of energy needed for implosion in Teller’s thermonuclear device. Ulam would eventually solve this problem when he returned to Los Alamos after the war to work, once again, with Teller. It was this solution, called the Teller-Ulam design that made Ulam famous, an equal to Teller and Enrico Fermi for this solution.

As one can see, there are some important issues, all of which are touched on superficially and none of which fill in the picture of who Ulam was. The era was intrinsically interesting. The Teller/Oppenheimer conflict, both philosophically and from the standpoint of physics is a worthy subject in which Ulam would, no doubt, play a role. Teller was a nasty piece of work who tried to undermine Ulam’s contribution to the solution that made the hydrogen bomb possible. Of course credit and money were at the root of this issue.

Ulam’s relationship with von Neumann, a figure known and admired by most scientists working both inside and outside the realm of physics was intensely close, although the film indicates this with the two taking a couple of hikes in the desert and von Neumann admonishing Ulam to try harder when working with the single-minded Teller. Esther Garrel as Françoise Ulam and Philippe Tiokinsi as Stan Ulam in “Adventures of a Mathematician.” Photo courtesy of Samuel Goldwyn Productions.

At one point after the war Teller rants that they now have to work harder on the thermonuclear device (H-Bomb) because Karl Fuchs has gone over to the Russians and revealed all the secrets of the atomic bomb allowing them to develop their own. Fuchs was a member of Teller’s team and was one of the several scientists sitting around in Teller’s lab wringing their hands over their inability to solve the problems with the thermonuclear devise. Fuchs was one of the most significant traitors of the war but he plays no significant role in this drama other than being singled out in a speech by Teller. Mild debates about the ethics of using the bombs are passed over quickly.

And so it goes. Primarily expositional with some hand wringing, very little in the film comes together to give either a full picture of Ulam or even of the times. Particularly untethered to the overall narrative is Ulam’s younger brother Adam who is resentful of having been left to fend on his own in a place he despised, Harvard, ironic in that he eventually became a very famous History professor at said hated school. (According to Wikipedia, Adam spent part of the war years at Brown University in Ahmerst and then moved on to Harvard where he got his doctorate, staying there for the rest of his career.) This does not negate that he may have held a life-long resentment against his brother, it’s just that the narrative doesn’t support enough of his anger. There was plenty of drama to go around, just not well illuminated by Klein.

In the storytelling, breakthroughs are handled mundanely. Ulam did eventually solve the problem of thermonuclear implosion based partly on a theory he devised on statistical probability that also sparked a revolution in the nascent field of computer science, something in which von Neumann was a recognized expert and leader.

The acting by an international cast is good for the most part but there are no breakthroughs primarily because the material is presented so matter-of-factly. The only emotional character is that of Edward Teller played by Swiss actor Joel Basman doing an annoying Hungarian accent and spending most of his time shouting. Fabian Kociecki plays John von Neumann and makes you wish that he had been given a bigger role than that just of Ulam’s friend and advisor. Esther Garrel is wasted as Ulam’s wife Françoise. But again, it’s the script that lets her down.

Philippe Tiokinsi gives us a conflicted but sympathetic Stan Ulam. He is a worthy lead and it is hoped that he will get the chance to perform in a better film.

Early on when Ulam is courting his future wife Françoise, he explains Einstein’s theory of relativity in such simple and illustrative terms that even I got it, and that’s no mean feat. This was an extremely promising beginning that quickly fizzled out.

Some of the artistic aspects of this film are excellent. Costumes and production design are first rate and time period appropriate; the cinematography by Romanian Tudor Vladimir Panduru is outstanding.

Hope springs eternal when someone has the courage to make a film about science and scientists. Unfortunately, “Adventures of a Mathematician” is not that film.

In English and Polish with English subtitles.