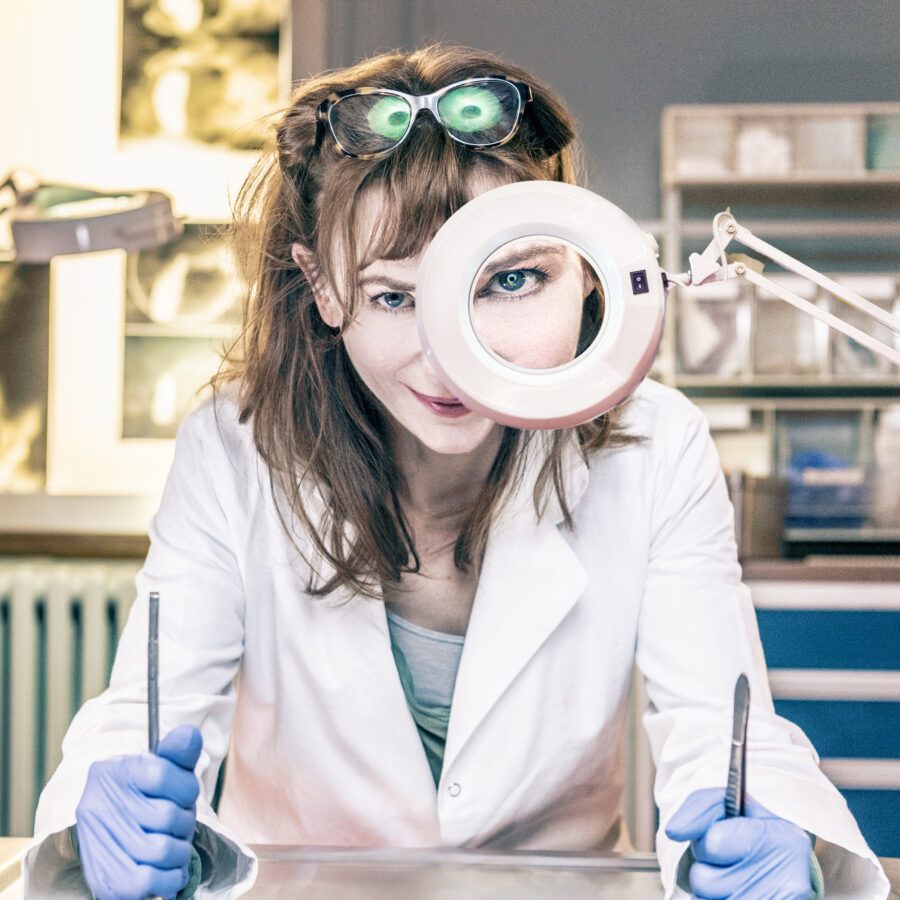 “Alexandra Ehle,” created by Elsa Marpeau and Frédéric Faurt is a nice edition to MHz Choice’s collection of murder lite. Unlike the relentlessly dark bingeable British mysteries such as “Criminal: UK,” “Unforgotten,” “Broadchurch,” and “The Fall,” the French have lightened the genre with “Murder In,” “The Art of Crime,”  and “Perfect Murders,” among other entries. That is not to say that the French don’t have a hard edge because two of the most brilliant, gritty police dramas, “Spiral” (also on MHz Choice) and “La Manthe” (on Netflix) will have you tossing and turning.

“Alexandra Ehle” stars Julie Depardieu (yes, as in the daughter of Gérard) as a brilliant, but very quirky forensic pathologist in Bordeaux. Stereotypically, she doesn’t follow the rules, investigating police matters that as coroner she is expressly forbidden to do. But nothing stops the intrepid Alexandra who never met a body part she didn’t like or a puzzle that was seemingly insoluble. Yes, we’ve seen this before but thankfully the writers have given us one extra twist—friendly sibling rivalry. Her brother Antoine is an investigator with the police force and she is always trying to beat him to the solution of a case. She is incredibly intuitive with the clues that the body yields and often arrives to interview suspects before the police even know who the suspects are. But despite her undermining of her brother, something that has both of them in heaps of trouble, they are very close. Regardless of the problems during the week, they meet every Sunday for lunch with their mother. Mom relentlessly criticizing Alexandra’s lifestyle, she constantly hopes for a man who will take her daughter away from the sordid life she’s chosen. But Alexandra loves her life; loves her colleagues; and adores her brother.

In the pilot episode, all that Alexandra has to work with in this murder is a foot, a dismembered foot. It is positively amazing the information that that one foot was able to yield to her. Gender (female), age (30-40), coloring (Blonde), and probable cause or location of death (drowning in a swimming pool). When an arm surfaces, she’s on her way to performing more miracles. 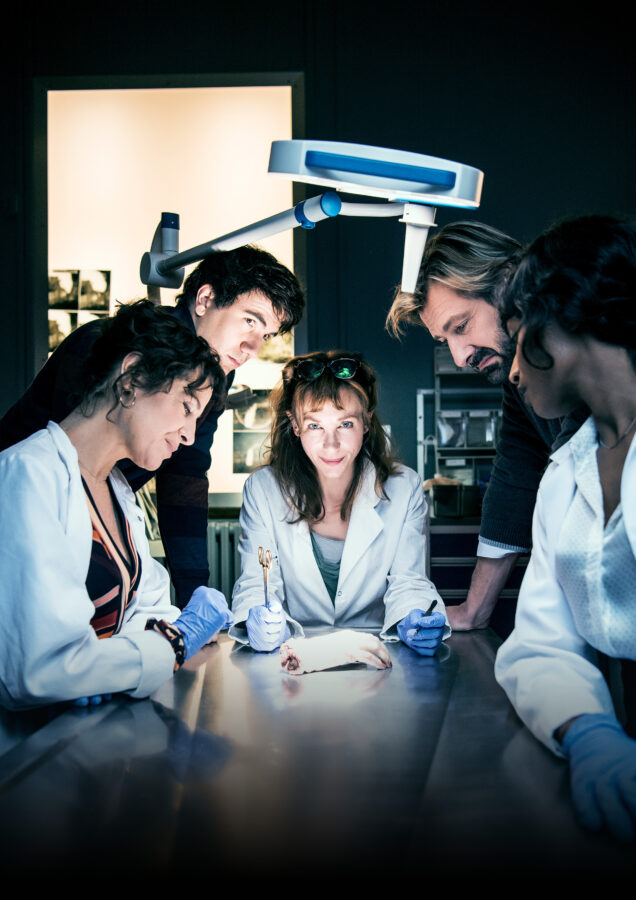 The episodes are convoluted to the point that it can be difficult to follow the characters, but it does end up holding together. The character of Alexandra, as played by Depardieu, can be rather annoying at first but she develops a bit better as the series progresses. She has been given a puppy dog of an assistant named Théo who is thrilled to be working with the famous Ehle and hangs on her every word, worshipping her from not far enough. Played by Xavier Guelfi, Théo is obsequious and determined to apply a Freudian meaning to everything he encounters. If Guelfi were a more accomplished actor, he might get away with it; unfortunately he’s not and he doesn’t. The other star is Bernard Yerlès who plays her brother Antoine. He gives depth to all the situations and offsets Alexandra’s narcissism. For my money, he’s the real star of the show or at least the one who keeps me watching.

The supporting cast is quite good with Sara Martins as Diane and Sophie Le Tellier as Ludivine, Alexandra’s fellow coroners. In the second episode a new character is introduced, Louis Pincé, an internal affairs officer bound and determined to bring down the brother-sister team as corrupt. Quentin Baillot brings a smarmy Javert-style obsession to this role. His precision in opening a sandwich wrapper is both hilarious and revealing. Will he succeed? Only time, and more episodes, will tell. For sheer, clichéd pleasure, though, my vote goes to Andréa Ferréol as the mother of Antoine and Alexandra. You really can’t help but enjoy the gentle, humorous, and never ending prodding of her unconventional daughter.

“Alexandra Ehle” isn’t going to win any awards but it’s a pleasant way to spend an evening. The episodes are an hour and a half and resolved satisfactorily. They, and you, shall live to see another day.