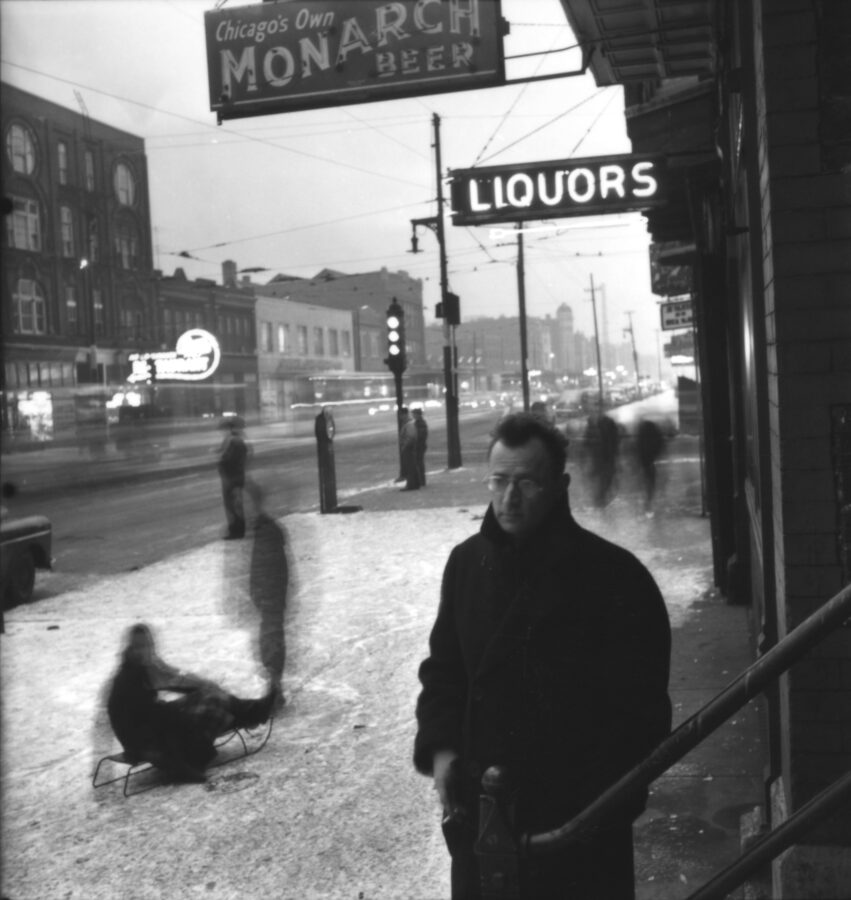 The first thing I did after watching Michael Caplan’s exceptional documentary on writer Nelson Algren was run upstairs to my library to see if I had any of his work. I remember the paperback copy of The Man with the Golden Arm on my parents’ bookshelf and its lurid, sensationalistic cover of the dish in the negligee on a bed awaiting her tough guy lover about to shoot up. Such were the early covers of “Pocket Books” to entice readers with a false sense of what was contained inside and to stand out on the rotating wire racks found everywhere from drugstores (as in Gordon Lightfoot and “just like a paperback novel, the kind the drugstore sells”) and the five and dime. With Algren’s literature, and make no mistake, it was literature, it wasn’t misleading. Alas, I didn’t have a copy, the original lost to time and cheap construction (another hallmark of Pocket Books” in order to make them affordable to all).

Caplan, a director/writer with few previous credits has produced an extraordinary portrait of a major author who has fallen into the realm of the forgotten despite his many successes. Algren was the recipient of the very first National Book Award in 1950 for the aforementioned The Man with the Golden Arm. Seven years later he was a finalist for the award with A Walk on the Wild Side. These were his two most famous works known, for the most part, only because movies were made of them, though not to the author’s satisfaction.

A product of blue collar parents, he grew up in the various ethnic working class neighborhoods of Chicago, both the north and south sides. He was one of the fortunate few from his environment who was able to go to college where he was a star journalism student at the University of Illinois, Champaign Urbana. His professors promised him that the world would come beating down his door. His graduation in 1931 did not yield those results for him or most anyone else at that time.

Hitting the road, he landed in Texas where he was arrested for stealing a typewriter. He was jailed without trial and was eventually released after 5 months provided he never return to the state. Already on the side of the underdog, the outsider, whether black, white, or brown, this solidified his identification with the down-and-outers who would populate his writing. 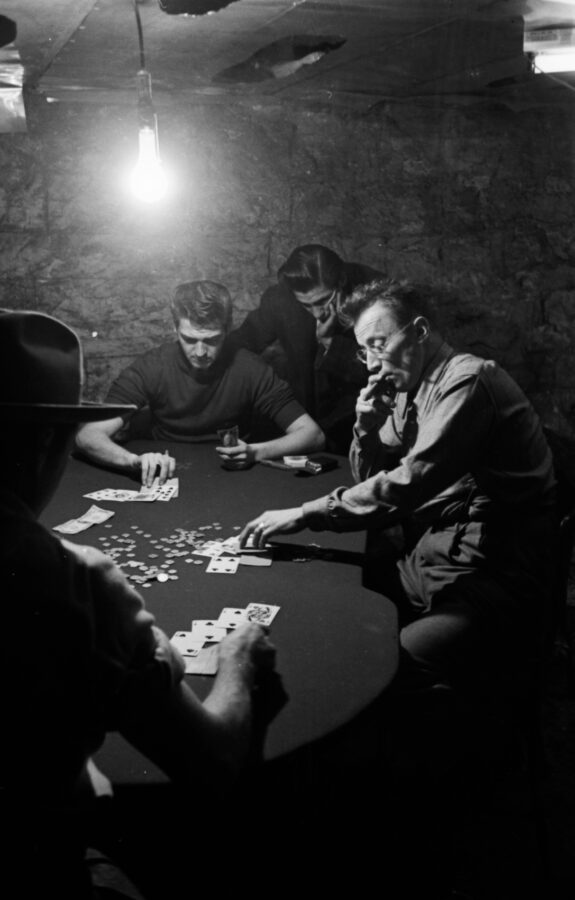 Early on, his short stories attracted attention. It wasn’t until his second novel Never Come Morning in 1942 that recognition came his way by no less than Ernest Hemingway. But whereas Hemingway appreciated the portrait of scrappy borderline criminal poverty row alcoholic Polish American boxers from way below the undercard residing in tough Chicago neighborhoods, the city of Chicago and the Polish Benevolent Society were overly offended and had the book banned from the library and bookstores. And so, in one way or another, it would continue to go with his writing because the only people who mattered to Algren were the inarticulate, the dispossessed, the scapegoats, the guys who lived in the bars, drinking themselves half to death trying to avoid the inevitable beatings they would give to their wives and kids in frustration for what they didn’t have and what they were never going to get. Algren was their poet.

Although he married and divorced twice, it would appear as though the love of his life was feminist existentialist Simone de Beauvoir, more famous for her liaison with Jean-Paul Sartre than her four year on-again-off-again romance with Algren. It was the time, though probably unrelated, that his most famous novel, The Man with the Golden Arm appeared, catapulting him out of the obscurity of the dives he liked to frequent between the upscale parties where he was also welcome.

Caplan does an excellent job telling the narrative of Algren’s life, one with as many highs as lows, but it is the way he has chosen to illustrate Algren through his words that propels his film into a different stratosphere. The interviewees are all interesting and very articulate on why Algren matters to them and why he should continue to matter in general but it is unlikely that any of them—the historians, biographers, and independent movie directors— had first hand contact with Algren during his prime. Most helpful in painting the portrait of the artist as a younger man is photographer Art Shay whose beautiful and gritty photos of Algren in his favorite haunts —the bars, flophouses, and tenements of Chicago—are a testament to Algren’s authenticity.

In a particularly artistic touch that resonates throughout the documentary, Caplan will often use a backdrop of Algren’s written words with typeset snippets of passages from his articles, books, and essays to illustrate a point. And that point is the poetry of his prose. Studs Terkel, another famous Chicagoan and contemporary who covered the same territory as Algren but in the medium of radio and oral history, is seen several times in earlier interviews discussing the impact of his friend, declaring that Algren was a lyrical writer, the Bard of the slums. The frequent use of Algren’s own writing as a physical background should make you run, not walk, to the nearest bookstore or library to read more.

The choice of Nelson Algren as a subject should reignite interest in a writer who was a profound, if not adequately credited, influence on Norman Mailer. Algren’s prose was appreciated by the literary giants of his day, when he, too, was considered a giant. One can only hope that enough interest in his work is generated to rekindle the admiration he deserves.

Opening October 1 at the Laemmle Monica, Laemmle Royal, the Playhouse 7, and Glendale..