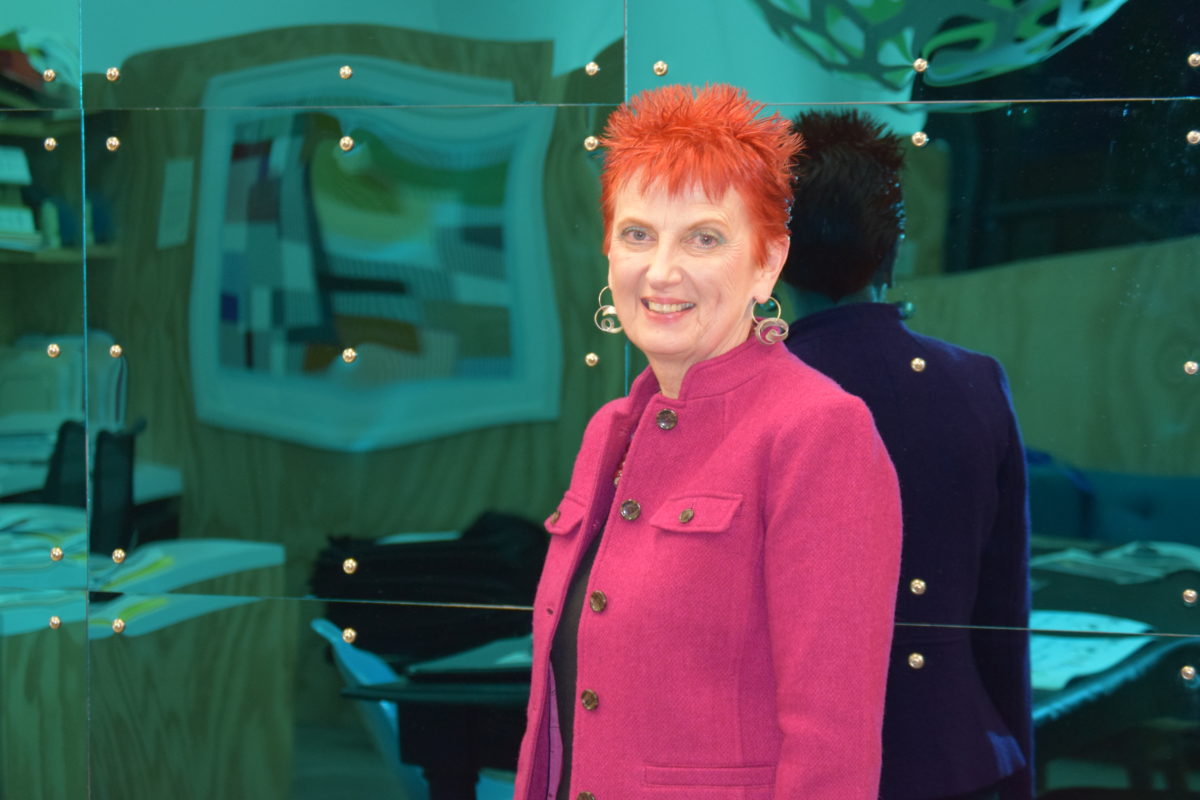 When you’ve been handed the keys to the kingdom

It’s not quite a changing of the guard, but almost. When Joe Baker left the Palos Verdes Art Center there was the inevitable speculation as to who would be hired to fill the position. Although the search is officially ongoing, since January Daniela Saxa-Kaneko has been the Interim Executive Director of the Peninsula’s most notable art institution.

When one considers the range of her experiences in the fields of law and social justice, it’s clear that Saxa-Kaneko is savvy and knowledgeable about people, and about companies and how they can be properly, and profitably, managed. But she didn’t just pole vault out of nowhere into her current role; initially she’d been hired as the Art Center’s membership coordinator. A bit later she became the human resources administrator while also overseeing the gallery shop. And so, as they scratched their heads over who to permanently hire to run the show and be its public face, the Board of Trustees didn’t have to think long or look far for someone to put in charge. And, if all goes well, that permanent public face could well end up being Daniela Saxa-Kaneko herself. But one thing at a time. 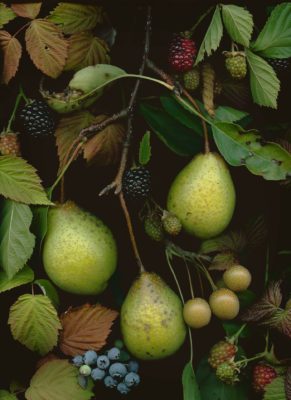 “Pears,” by Deb Stoner, on view at the PV Art Center through March 3

Hands-on from the start

Born in Austria near the Swiss border, Saxa-Kaneko was working as a tour guide when a colleague of hers mentioned an American couple who was looking for an au pair. It was an opportunity she’d been hoping for, and so, at the age of 20, she came to the States, and right to the Los Angeles area where essentially she’s remained ever since.

I’ve painted her as seeming more like Gloria Allred than Georgia O’Keeffe, but for Saxa-Kaneko there was a creative side early on as well: “I come from a pretty artistic family,” she explains. “Arts and crafts have always been a big part of our lives.”

What kind of art? Originally more crafts-oriented. She drew, she sewed. “I started making my own clothes at a very early age.” One of her first college degrees was in fashion design, but she also minored in business. Then, not entirely satisfied with these achievements, Saxa-Kaneko enrolled at USC and earned a Bachelor of Science in Psychology with a minor in the Study of Women and Men in Society. That was before she became interested in law.

At this point one may be thinking, ‘I guess her interest in art must have gone right out the door.’
Not quite. “I have always done a lot of art on the side,” she says. “It’s what keeps me sane and balanced.” Also, early on, Saxa-Kaneko had explored glass beading, glass fusing, and similar craft-oriented work. But after the death of her husband she took up ceramics. “I just wanted to go out there and do something completely different.” In fact, her interest in ceramics eventually brought her to the PV Art Center.

Saxa-Kaneko began taking ceramic classes in Laguna Beach, but for the Palos Verdes resident the drive itself, traffic being what it is, induced her to look elsewhere. Somehow, she hadn’t really noticed what was in a sense right in her backyard. And so she began taking Saturday classes at the Art Center.

She found that she liked the way the ceramics department was run, and she enjoyed the camaraderie with other people. She joined The Artists’ Studio and sold her work in the shop the group ran, formerly in the Promenade on the Peninsula, just down the hill. She became involved with the Art Center’s other artist groups as well.

Sometimes opportunities and where we are in our personal lives seems to reach out and touch, and when the job opening for a membership coordinator came up Saxa-Kaneko was in the right place for it. In between jobs, she didn’t relish another long commute to downtown L.A. and beyond, and besides she’d had experience running a non-profit. In other words, a shoe-in. 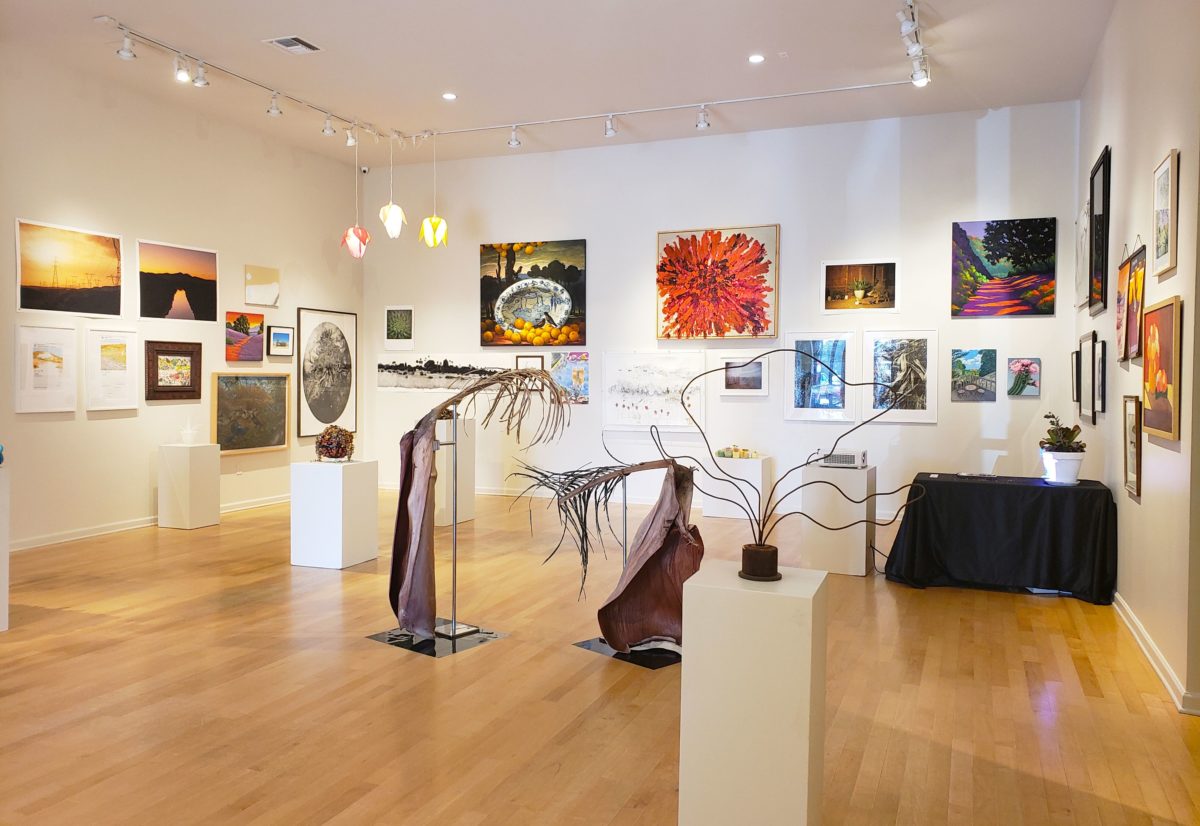 To make it more enticing

The PVAC has had sporadic luck with operating its own onsite shop and cafe. The shop, run by outside vendors, veered away from selling art by local residents, particularly one of a kind work, a marketing decision or strategy that seems to have been resented by many. As Saxa-Kaneko notes, “Our membership really made it clear that they wanted us to support local artists.”

When Joe Baker left, so did the folks who ran the shop.

As for the cafe, the students who take classes may like the convenience of having a place to grab a bite to eat or to have a cup of coffee, but there’s never been much foot traffic to make it a profitable venture. After three years, says Saxa-Kaneko, it may be time to try something else.

More than once during the course of our conversation Saza-Kaneko mentions the facility’s fully equipped restaurant kitchen and wonders if they might try introducing the culinary arts, “Maybe offer some specialty cooking classes for people.” And then, when she says “ethnic foods,” I start thinking: Yes, why not, classes in Polynesian, Palestinian, Ecudorian, Sri Lankan cuisine, and then at the completion of each course the students and Art Center host a pop-up restaurant for a few days, themed with relevant music and art. Wouldn’t that be something? Maybe in conjunction with local dance or music consortiums. A full-on shindig! 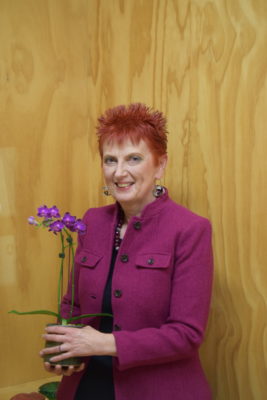 “The challenge we have is bringing in younger people,” Saxa-Kaneko says, and while she’s referring primarily to the classes offered at the Art Center, this needs to extend to the exhibitions as well. Joe Baker brought in some high-class, thoughtful shows in an attempt to elevate the status and reputation of the Art Center, but many of them may have been rather elite and thus lacking a broader appeal. But isn’t that always a difficult tightrope that galleries and museums have to confront?

“It’s a little difficult at the moment to gage quite how to go,” Saxa-Kaneko says, “because people up here on the hill would like to have their own exhibitions primarily. But I don’t think a community or an artist grows when they’re only exposed to their own work.”

At one time, the PV Art Center and the Torrance Art Museum featured more local artists, but in both venues those opportunities decreased. That’s partly what led to the formation of Destination: Art in Torrance. The artists who founded that group felt shut out from the places that once exhibited them more frequently.

That said, the Art Center does have its annual student art exhibition coming up in May, its summer show and faculty show in July and August, and its winter show in December. But there are eight separate groups (Artists Open Group, Pacific Arts Group, Paletteers, Palos Verdes Painters, Photographic & Digital Artists [PADA], Third Dimension, and The Artists’ Studio [TAS] of Palos Verdes) and so it may not be easy to gratify all of them when it comes to highlighting their accomplishments.

Nonetheless, they are being showcased, often the same people year after year. “But in between we have some gaps,” Saxa-Kaneko says. “I think it’s important to fill those gaps with artists that broaden the horizon.” With three galleries, one might think it should be easy to put aside space devoted to work that steps outside of and challenges the norm.

Steady as she goes

While some gallery directors also plan the exhibitions and select which artists and which art to display, Saxa-Kaneko would be hesitant to fully assume that responsibility.

“I don’t necessarily believe that I would be the best curator. I have some art background, but that doesn’t mean that I’m all that knowledgeable.” She entertains the idea, in the future, of bringing in a part-time curator to assist her.

Despite her background in business and in running companies, where the art is concerned she feels it would have to be a collaborative approach. “You have to see your shortcomings. I know what my strengths are, but I also know what my weaknesses are, too.”

At the moment, exhibitions are lined up through the end of the year, and Saxa-Kaneko would like to plan them out even further, especially in that this might help secure grants if it’s seen that the Art Center has a larger, overall vision.

That’s one approach. Joe Baker, and I think some of his predecessors, kept the schedule a little loose in case something came along that was timely and couldn’t wait to be put off until later. A little flexibility can be a good thing. 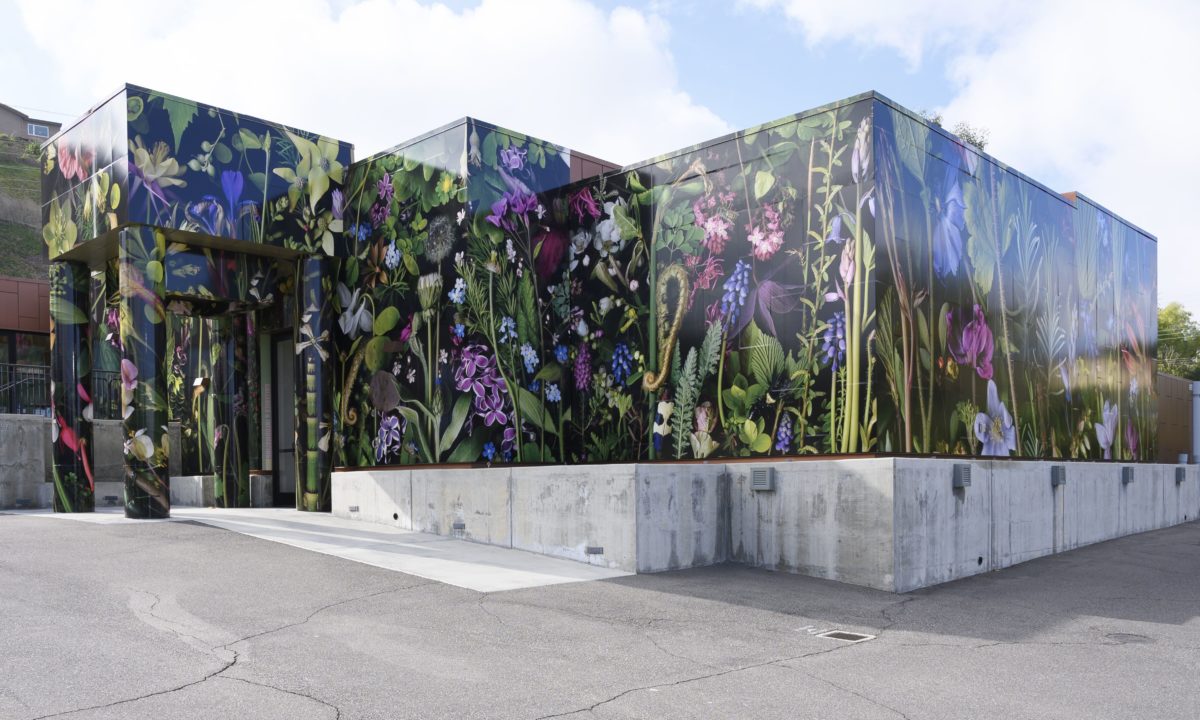 The Palos Verdes Art Center is currently wrapped with images of Deb Stoner’s work, informed by the work of 16th century European floral still life painters, and the tangled and complex compositions of Bosch and Bruegel.

While simultaneously wanting to challenge the artists who exhibit, and the visitors who frequent the Art Center, Saxa-Kaneko also intends to keep a firm hand on what’s feasible. She knows that an institution as august as hers can’t afford to be irresponsible in managing its affairs.

“We’re a non-profit organization,” she says, and one of the challenges this entails is staying financially solvent. Among her goals is to increase membership. One way to do this, apart from strong exhibitions, is through the programs being offered. “We’re adding six more classes and several more workshops.”

Sometimes the directors of art institutions don’t realize that part of their job is being a salesperson or showman: Getting people to notice what you’re offering and having them pay attention.

“Communication is very important,” Saxa-Kaneko says. “I am community-oriented and communication-oriented, and my door is open. I really like hearing what people have to say, good and bad.” Because otherwise, she adds, how can you improve and get better?

“I always believe in the collaborative approach. If I’ve learned nothing else over the years, it’s that you never know it all, you’ve never seen it all, and you can always learn from everybody.

“I’m really excited to be given this opportunity,” Saxa-Kaneko says of the PV Art Center’s Board of Trustees, “and I hope I can meet all of their expectations.” PEN