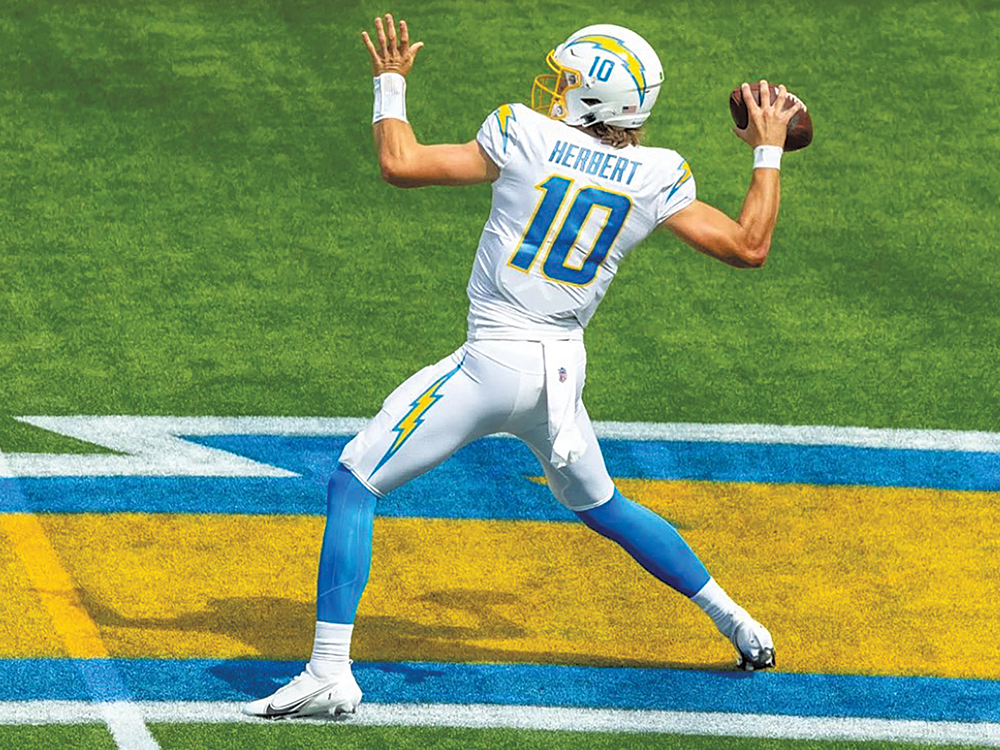 Chargers Head Coach Brandon Staley has got to go.

Staley presided over an epic collapse Saturday night in the first round of the NFL playoffs, making history in the process: it was the third worst playoff collapse in the 100-year history of the NFL.

The Jacksonville Jaguars gift-wrapped a 27-0 lead in the first half of the game played at Jacksonville. Their quarterback, Trevor Lawrence, threw four interceptions in the first half. From that point on, Staley and the Chargers played not to lose while Jags Coach Doug Pedersen played to win.

The predictable result was a 31-30 Jags victory on the last play of the game, a chip-shot field goal that broke the heart of Chargers fans from Montebello to Manhattan Beach.

Now it’s time for Chargers owner Dean Spanos to step up and make a bold two-part move: fire Staley and hire Sean Payton, a great coach who just happens to be available.

He also happens to live in the Beach Cities and works at Fox Sports LA.

In his previous job as head coach of the New Orleans Saints, he took his team to the playoffs nine times and won a Super Bowl.

More importantly, he worked to turn Drew Brees into a great quarterback after the Chargers dumped him in favor of the good-but-not-great Philip Rivers.

In Justin Herbert, the Chargers have the best young quarterback in the game, a sure-fire Hall of Famer – with the right coach guiding him.

Staley is the wrong coach to guide Herbert’s career, and he has proved it over and over. The Chargers have now wasted the first three years of Herbert’s career. They have him under his rookie contract for one more year. Then they will have to break the bank and make him one of the highest paid players in the entire league.

He’s worth it, but only if Spanos – a notorious tightwad – spends the money to hire Payton. It will probably require a salary of $15 million or more, second only to Rams Coach Sean McVay’s $18 million annual paycheck.

There are two other obstacles. Even though he is no longer coaching the Saints, Payton is still under contract to them. Thus, Spanos would have to compensate the Saints with draft picks.

And third he would have to deal with the league’s too-woke Rooney Rule, which requires teams to interview at least two coaches of color for an open position. While the intent of the Rooney rule is noble, it has often led to sham interviews with candidates who are not being seriously considered. It’s a rule that needs some tweaking.

Regardless, a determined owner could handle all three hurdles – money, draft compensation and the Rooney rule – and land Payton.

All Ball first called for Staley to be fired a year ago, when he cost the Chargers a shot at the playoffs in the last game of the season.

This season began with Herbert fracturing his rib cartilage in the second game, an injury that normally requires 2-3 weeks to recover. But Staley refused to sit Herbert, despite knowing that all great players always insist they can play, no matter how bad their injury.

Staley should have sat Herbert, but instead he let him play through the injury, his level of play dropped several notches, and the Chargers got off to a bad start.

But as Herbert gradually recovered – it’s tough for ribs to heal when they get pounded every week – the Chargers finally started winning and won four straight games. With a 10-6 record entering the last game of the regular season, the Chargers were locked into the fifth seed for the playoffs regardless of whether they won or lost their last game.

Any other coach would have sat his regular starters to avoid injury, but not Staley. He said he wanted to maintain the team’s winning momentum and played Herbert and his two star receivers, Keenan Allen and Mike Williams.

Sure enough, Williams injured his back early in the meaningless game, the Chargers lost the game, and Staley spent the week defending his crazy decision. He assured the media that Williams would recover but by the end of the week had to admit that Williams would miss the playoff game.

The brutal truth is that Staley’s bizarre decision probably cost them the playoff game. Their best receiver, Williams almost surely would have made the key plays to enable the Chargers to score more than 3 points in the second half while the Jags were roaring back.

But now the damage is done – for the second straight year – and the Chargers would be crazy to entrust their team to Staley yet again when someone like Payton is out there and reportedly eager for the opportunity to work with Herbert.

Staley has got to go.

Then it’s up to Dean Spanos to hire a coach who can guide Herbert and his teammates to the Super Bowl. ER