And then we’ll take tea 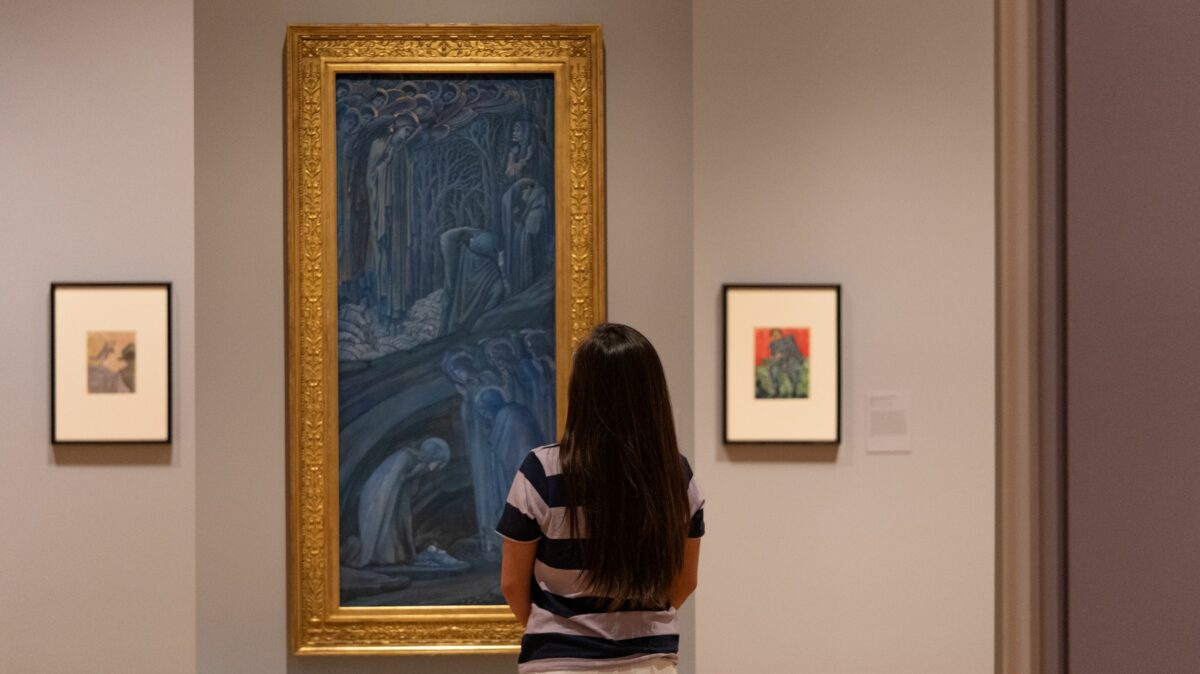 Installation view of “The Nativity” by Edward Burne-Jones in the MaryLou and George Boone Gallery at The Huntington Library, Art Museum, and Botanical Gardens

A walk in the park

“Excursions of Imagination: 100 Great British Drawings from the Huntington’s Collection”

The Huntington Library, Art Museum, and Botanical Gardens had begun to celebrate its centennial over the course of 2019 and 2020, and this show, “Excursions of Imagination,” was earmarked for that occasion. Like much else, it was shelved for a couple of years.

With some exceptions, like Thomas Rowlandson and William Blake, Henry and Arabella Huntington did not collect British drawings. What they liked to acquire were those full-length portraits by Gainsborough and Reynolds, etc, that are on view in the Huntington mansion picture gallery. For the most part, these drawings were gathered under the curatorship of Robert R. Wark, who ruled the roost from 1956 to 1990, and later Shelley M. Bennett.

Wark and Bennett must have kept busy, for the works on display were culled from 12,000 British drawings in the Huntington’s collection. They are presented (in the catalog at least) in roughly chronological order and span the 16th through the late 20th century. The pieces themselves range from working sketches, pages snatched from sketchbooks, to finished exhibition watercolors. According to Melinda McCurdy, the Huntington’s curator of British art and the person who wrote most of the entries (there’s one for every illustration), the “golden age” of British art was roughly 1750 to 1850. Chalk it up to the times we live in, but she felt compelled to point out that patrons of artist Geoge Ehret were owners of Caribbean plantations — and that there are no works here by people of color. That’s probably to have been expected unless we’re meant to infer that Robert Wark and Shelley Bennett could have broadened their search. It’s also noted that only seven of the artists are women. Even so, in her essay, Ann Bermingham continually refers to the artist as “she.” A bit snooty, methinks, but so it goes.

Each image is given a full page, which is nice (and printed on quality paper at that), accompanied by a brief description of the artist and the work. The writing doesn’t jump off the page but there are a few tidbits of interest, here and there. 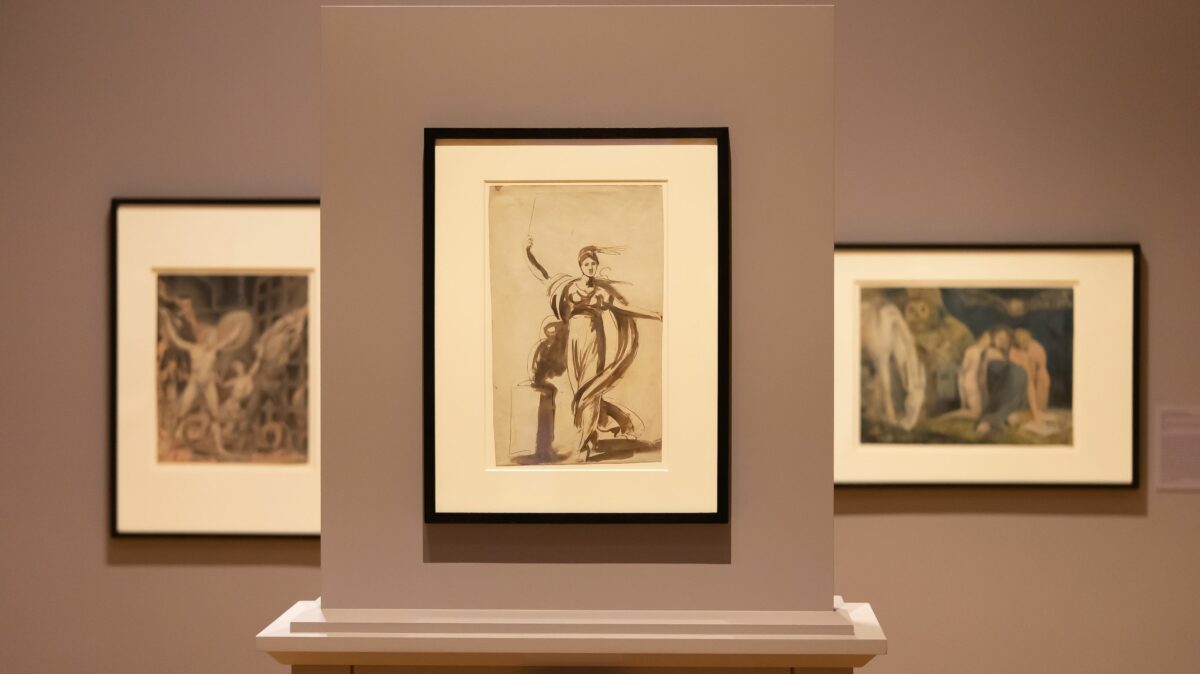 Installation view of “Striding Female Figure” by George Romney in the MaryLou and George Boone Gallery at The Huntington Library, Art Museum, and Botanical Gardens

Because there is so much variation (though I’m reluctant to use the word eclectic), each person who sees this show is bound to come away with different personal favorites. I’m impressed by John Brett’s “The Open Sea” (1865), acquired recently, in 2018. The ocean is hard to depict on account that it’s never sitting still, but Brett nails it. The folks at the Huntington must have thought so too since it also graces the cover of the catalog.

Edward Lear’s travel sketches have always fascinated me, and his “View of Zagori” (after 1849) is no exception. John Martin’s “The Seventh Plague of Egypt: The Plague of Hail” (c.1830) is a small work, but it certainly hints of his much larger, grandiose and panoramic paintings in oil.

Samuel Palmer’s “Lonely Tower” (c.1881) is an atmospheric nightscape, and a favorite of mine from many years back (The Getty’s recent “A Memoir of Samuel Palmer” provides a quick introduction to the artist). Different in almost every way but nearly as compelling is Henri Gaudier-Brzeska’s “Portrait of Claud Lovat Fraser” (1912), with the agitated repose of its sitter. And intriguing as well is Evelyn De Morgan’s “Study of a Right Arm against a Blue Tunic” (c.1903) with its rich blue and delicately fashioned upper and lower arm and wrist.

I’ve wandered through both the gallery and the catalog and both were pleasant excursions — just as the title of the exhibition says.

Excursions of Imagination: 100 Great British Drawings from the Huntington’s Collection is on view through Sept. 5 in the MaryLou and George Boone Gallery, inside the Huntington Library, Art Museum, and Botanical Gardens, 1151 Oxford Road, San Marino. Hours, 10 to 5 daily except when closed on Tuesday. Admission varies. Adults (weekdays/weekends) $25, $29; seniors, military, students $21, $24; youth (4 to 11 ) $13; and free for those under age 4. Weekday capacity is limited, and on weekends reservations are required (no walk-ins). Check in advance for pandemic protocols. (626) 405-2100 or visit huntington.org. ER

Excursions of Imagination, The Huntington Library