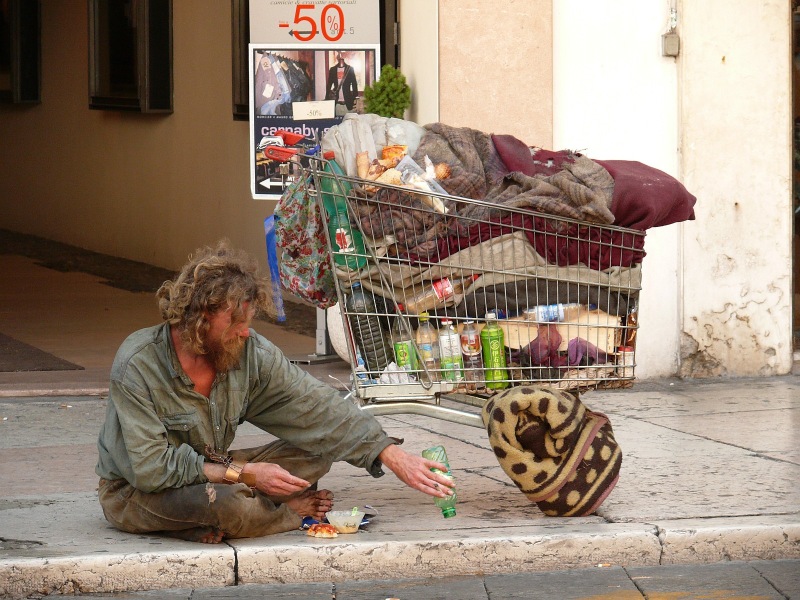 The Manhattan Beach City Council, as part of an effort to address homelessness locally, earlier this month unanimously approved an urgency ordinance banning camping in all public places in the city.

But on the same day the ordinance went into effect, Sept. 4, a federal appeals court ruled that city ordinances that ban the homeless from sleeping outside, if they do not have access to shelter elsewhere, amount to “cruel and unusual punishment” and thus violate homeless peoples’ rights under the Eighth Amendment.

The city, in a press release, defended its ordinance as “entirely in keeping” with the ruling by the Ninth Circuit of Appeals in the case, called Martin v. City of Boise.

“Notably, the Ninth Circuit’s decision does not cover individuals who have access to adequate shelter but choose not to use it,” the city’s statement said. “And, the City still retains the authority to arrest any individual who has committed a crime, regardless of his or her status, and will continue to exercise that authority.”

Clare Pastore, a professor in the practice of law at the University of Southern California who teaches Poverty Law, Suing the Government, and Civil Procedure, questioned whether Manhattan Beach’s ordinance would pass legal muster in light of the recent Ninth Circuit ruling, since there are no homeless shelters in Manhattan Beach. MBPD offers homeless transport to regional homeless shelters.

“It’s a very interesting legal question,” Pastore said. “Does the Boise case allow prosecution of someone who declines transportation to another city? My inclination about that [question] is no, it does not, because that is effectively the city banishing people on the pain of criminal prosecution. I would anticipate seeing litigation on this.”

Mayor Steve Napolitano said the city’s intention is not to jail or ban homeless people but rather help them.

“We passed an anti-camping law not directed at the homeless — it applies to everybody,” Napolitano said. “In terms of the Ninth Circuit’s decision, our city attorney has reviewed it and feels our anti-camping ordinance is in line with that. Aside from the ordinance, we are working on a set of protocols regarding contacting homeless shelters. We don’t have a shelter locally in Manhattan Beach, but there are regional shelters in the South Bay we can direct people to.”

Napolitano said the city is looking at utilizing funds from Measure H, the countywide sales tax increase that generates $354 million earmarked for addressing homelessness, in order to retain a certain number of beds at those regional shelters. The city’s recently adopted Homeless Plan was filed in order to be eligible for Measure H funds.

“We are still working through things but we needed to pass that ordinance in order to take the next steps,” Napolitano said. “We are not going around locking people up tomorrow or anything, but rather putting things in place. The first thing we want to do with anybody we find camping is to try to get them to a shelter. We are not looking to arrest our way out of homelessness. We are trying to get services to those in need on the streets of Manhattan Beach, and if somebody is camping and refuses those services, that is when enforcement kicks in.”

The Ninth Circuit’s decision in the Martin v. City of Boise case sided in favor of six plaintiffs who were homeless or formerly homeless and arrested under the city’s anti-camping ordinances. Justice Marsha S. Berzon, in the opening of her majority opinion, quoted novelist Anatole France’s sardonic summation of laws targeting those suffering poverty: “The law, in its majestic equality, forbids rich and poor alike to sleep under bridges, to beg in the streets, and to steal their bread.”

Berzon cited a 2006 Ninth Circuit decision which declared a City of Los Angeles ordinance targeting homeless people “for sitting, lying, and sleeping in public” unconstitutional under the Eighth Amendment “so long as there is a greater number of homeless individuals in Los Angeles than the number of available beds [in shelters]” for the homeless. She noted the decision was vacated after the parties reached a settlement but that the reasoning stood in the Boise case “insofar as it imposes criminal sanctions against homeless individuals for sleeping outdoors, on public property, when no alternative shelter is available to them.”

Eric Tars, a senior attorney for the National Law Center On Homelessness and Poverty, which helped the plaintiffs in the Boise case, said that cities like Manhattan Beach would be better served focusing on the root causes of local homelessness rather than “quick fix” law enforcement approaches.

“Rather than expend their energy trying to carve some kind of ordinance that might survive constitutional scrutiny, the city would be much better off actually trying to solve the issues that cause people to have to sleep in the streets in the first place,” Tars said. “Study after study shows it costs less to provide housing and services than to constantly churn people through the criminal justice system for simply trying to survive and do the basic activities everybody does. We all sleep, we all sit down and rest, we all shelter ourselves when the weather is bad. We need to do these things to survive as human beings. Where a community does not provide an adequate, private place for doing these things, it shouldn’t be a crime for citizens who need to do that in public places.”

City Attorney Quinn Barrow said that the city has been proactive in its outreach to regional shelters and that those facilities are viable options for homeless people to sleep indoors. Barrow said the Ninth Circuit has been clear that cities cannot be required to provide housing for homeless, pointing to a specific reference in the LA decision Judge Berzon cited as preceent.

“Keep in mind, the City of Boise is a much larger community than Manhattan Beach, with over 80 square miles and a population over 200,000,” he said. “Even there, the Ninth Circuit stated …‘We in no way dictate to the City that it must provide sufficient shelter for the homeless, or allow anyone who wishes to sit, lie, or sleep on the streets . . . at any time and at any place.’”

Tars said the NLCHP will monitor cities such as Manhattan Beach that continue to enforce anti-camping ordinances, and that legal action would be considered. But he said the preferred course of action would be to help such cities come up with more effective solutions. He noted that several cities, including Modesto and Sacramento, have stopped enforcing their anti-camping ordinances in the wake of the Boise case.

“Our goal is not to protect the right of people to camp on the streets,” he said. “That is not a win for us; the win is when those people are given housing…Everybody wins when we are able to get to constructive approaches.”

Tars also scoffed at the notion that such ordinances apply equally to all citizens, not just the homeless.

“It’s absurd,” he said. “The fact is that I’m sure Manhattan Beach is not going around citing kids camping out in backyards or when people are camped out in front of the Apple store waiting for the next iPhone. They pass these laws supposedly neutrally but they have a very targeted intent on enforcing them. So groups like ours have to step in and act in partnership with the homeless people we represent.”

The city’s anti-camping ordinance arose from discussion of its Homeless Plan. Ordinances were already in the the city’s code against sleeping in vehicles or on the beach but nothing specifically prohibited camping in public places, such as near the library and civic plaza, where homeless sometimes congregate. As part of the countywide effort, more than 40 cities have drawn up Homeless Plans; a count of the homeless population earlier this year found more than 52,765 in LA County and 41 in Manhattan Beach, a drastic increase from the six homeless counted locally a year ago.

Residents have been wary of any kind of a plan that attracts homeless people, frequently warning the City Council that they do not want Manhattan Beach to become “another Santa Monica or Venice,” where homeless services are more abundant and the homeless populations are larger.

“I don’t think we can be a magnet for the homeless,” resident Lee Phillips told the council earlier this year. “Who wouldn’t want to live in a parking lot on the beach and then surf in the mornings?”

City Manager Bruce Moe said that the city’s priority is simply to help local homeless find the services they need. Senior analyst George Gabriel was recently named the city’s homeless liaison, and its Homeless Plan was submitted to LA County.

“This is evolving for us, as you can imagine,” Moe said. “We are working with our police department and assessing what our programs are to address these issues. Clearly, you want to do this in a humane way.”

Barrow echoed those comments, noting that the city is doing everything it can to reach out to its homeless population and direct them to services and shelter. Criminal prosecution, he said, is the last option that police officers would use in responding to complaints.

“Once again, the City will not prosecute any homeless individual unless there is available shelter, and the individual chooses not to use it,” Barrow said.