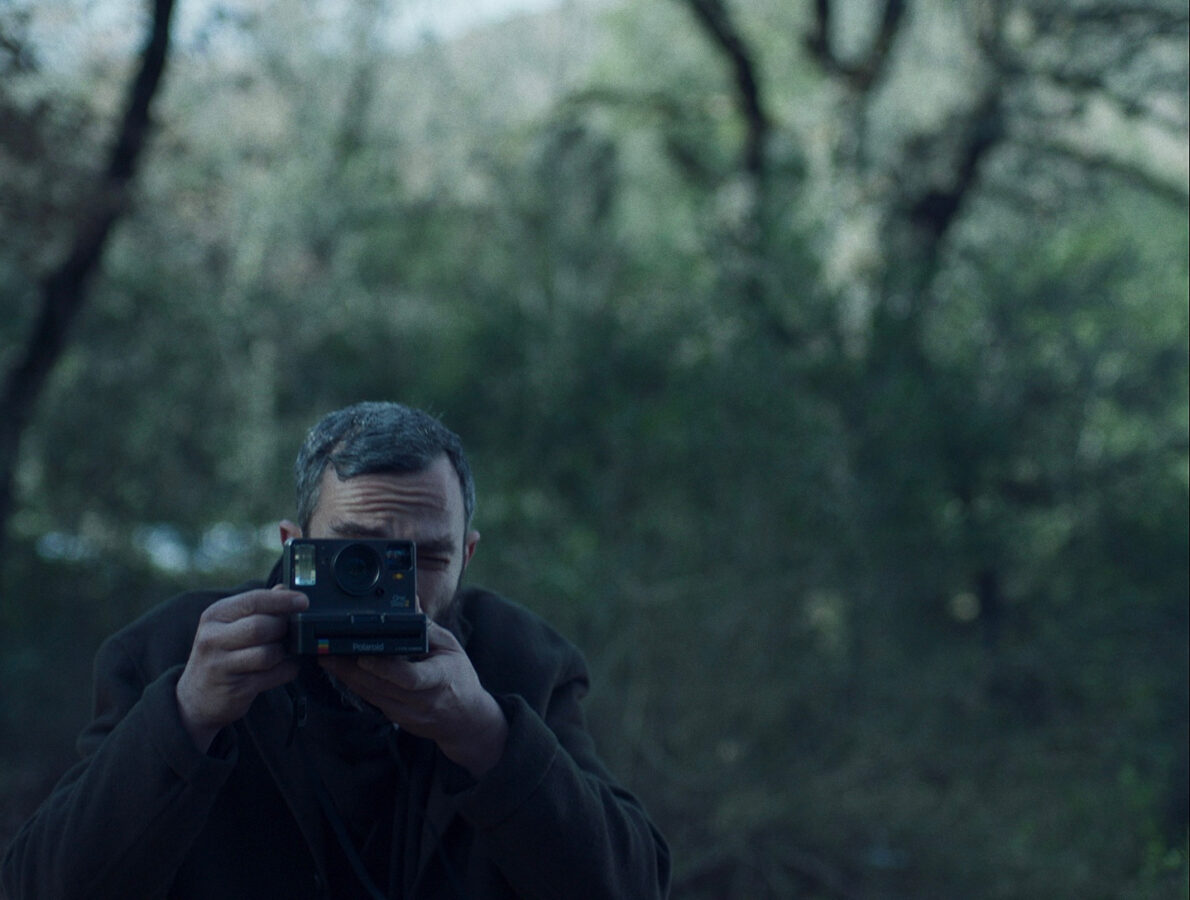 We first meet our unnamed hero as he is slowly, methodically, banging his head against a wall. Clearly this is painful, but for him, just not painful enough. Moments later, sitting catatonically on his sofa, he rouses as he hears an announcement on the radio from the Disturbed Memory Department of the Neurological Hospital. It concerns the “New Identity” program that “helps amnesiacs manage a new life.” In this dystopian world of an undefined modern era, a pandemic of amnesia has hit. The sudden effects of instant memory loss are best illustrated in the first few moments of the film when leaving his apartment, he sees a woman whose car is blocked by another. She asks the man seated on the sidewalk to move his car. “It’s not my car,” he states. “But you just got out of it,” she tells him. She calls an ambulance and he is taken away. All of this was observed by our hero. It is an illness of unknown origin without viable treatment. 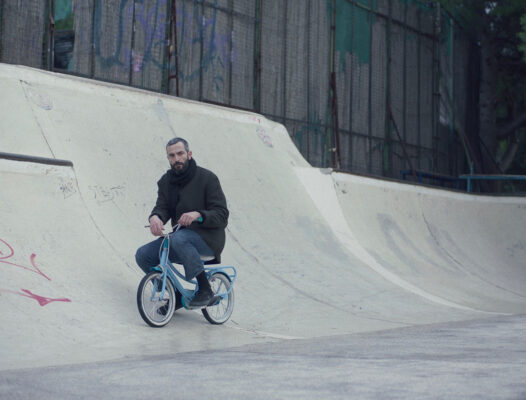 Our hero, having briefly paused to observe the car incident, continues on his way to buy a bouquet of flowers. He is walking with purpose. Hours later, however, he is found sleeping on a bus, at the end of the line, without identification or knowledge of who he is, where he came from, or where he was going. An ambulance arrives to take him to one of the hospitals working with “disturbed memory.” Not to worry, they tell him, someone will notice he’s missing and come to claim him. But no one does. He is, the doctors decide, the perfect candidate for the “New Identity” program.

He is set up in his own apartment by the doctors and given the first of his memory tasks, of which there will be many. Handed a Polaroid camera, he is told that he must take pictures of himself after or during the activities he’s assigned. First up—a bike ride, because no one forgets how to ride a bike. With each picture, he will be building a memory book.

He soon encounters a young woman with a Polaroid. She, too, is creating new memories for her blank life. They bond and embark on some of the activities together. He befriends a greengrocer who has noticed his propensity for apples. But when he points out that apples are good for the memory, our hero immediately switches to oranges. Our hero, comfortable in his new, barren existence may not be quite what we think.

Written by Christos Nikou and Stavros Raptis, and directed by Nikou, “Apples” is as obtuse as it is ambiguous. The timeframe is mysteriously unidentifiable. It could be the 70s, the 80s, the 90s or even present day. We have no clue. The bikes, the clothing, the movies in the theaters, they could be any time and our characters could be living anywhere. This is a sly reminder that stripped of detail and context, memory is ephemeral. Who are these people? How are they, as well as the doctors, and society defining memory or remembrance? More is on the table than a man taking Polaroids of his new life. 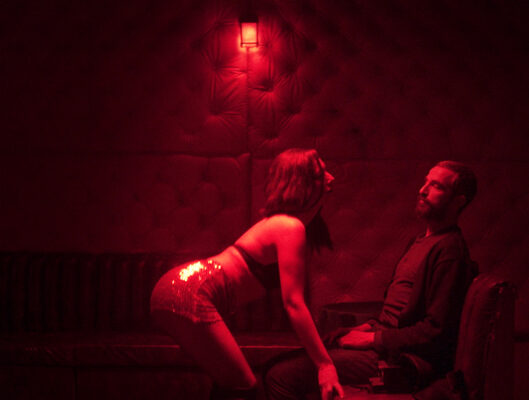 Our hero is curiously deadpan and unreadable, unlike many of the other “Learned Memory” patients who grasp at their tasks enthusiastically believing that the next assignment will be what either releases their amnesia or launches them into a new life. He reacts to each new project the way he did to the previous one. He isn’t building memories, only a picture book. His present is tied to his past, to that mysterious head banging that preceded his amnesia.

Nikou is curiously ambiguous about his theme. Our hero runs through the gamut of memory exercises but they are seemingly ineffective, and he has no affect. Who is he really? What is the nature of memory that he is or is not experiencing? And what triggered that headbanging? What is real and what isn’t. These are all the questions that Nikou is asking, and it is up to us to answer them, if we can. Like many things in life, the end leads back to the beginning.

The casting in this film is exceptional. Aris Servetalis is our unnamed hero. Played to maximum effect without the aforementioned affect, he is a walking cypher, even before his amnesia. His portrayal of this character is both the humor and the tragedy inherent within the film. Sofia Georgovassili, the girl he meets, is in direct opposition to our hero. Enthusiastic where he is comatose; bright-eyed where he is deadened; eager to explore where he is a reluctant follower. The doctors, portrayed by Anna Kalaitzidou and Argyris Bakirtzis, are metaphors for the manipulation by the State over action and emotion.

At times slow moving, stay with this one. There’s no major payoff, just a delicate meandering through myriad questions with tantalizing but ambiguous answers.

In Greek with English subtitles.