“Ask Me to Dance” – But politely decline [MOVIE REVIEW] 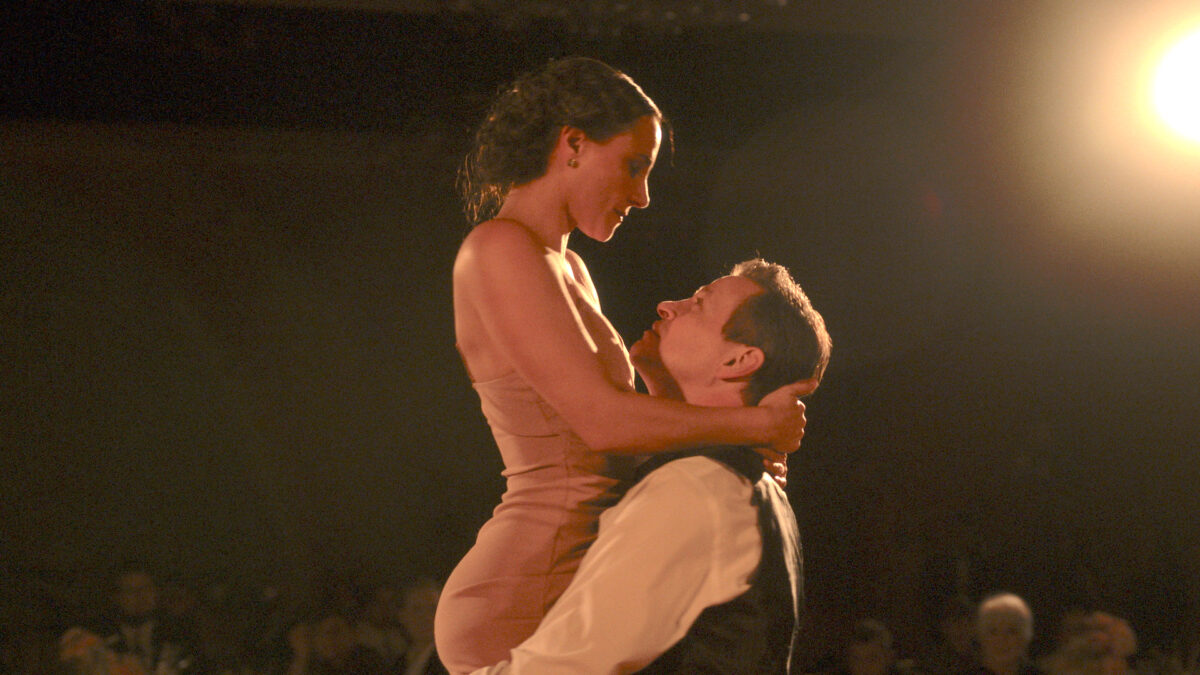 Briana Evigan as Jill iand Tom Molloy as Jack in "Ask Me to Dance." Photo courtesy of Glass House Distribution and Electric Entertainment.

“Ask Me to Dance” is the very embodiment of what used to be called “straight to video.” It will be streaming but not before a theatrical release. It is a tribute to the Writer/Director/ Producer/Star, Tom Malloy that he was able to pull any of this off. By any of this, I mean finding the money to get such a derivative and flat piece of filmmaking made in the first place.

“Ask Me to Dance” has its heart in the right place and tells a story as old as the hills. In this particular case, however, it should have stayed buried.

Jack and Jill (a bit on the nose for climbing up that hill) work at the same tech company but have never met. Both are in recovery mode from bad breakups, both love to dance, both are very nice people. Their paths are constantly intersecting in an “almost” kind of way, peaking when both, separately, are accosted by a gypsy who predicts, for each of them, that they will meet the love of their lives on New Year’s Eve, five days away.

They have mutual friends who are constantly trying to fix them up, on one disastrous date after another. Jack’s wingman is his hot best friend David. Jill and her gay friend Patrick act as wingmen for each other at the dance clubs they go to. And even though Jack and Jill pass in the night repeatedly, it is not until the wedding of their mutual friends Ron and Amy, just at the stroke of midnight, that they will finally find each other. That’s not a spoiler alert, it’s obvious where this is going from the first minute of the film. 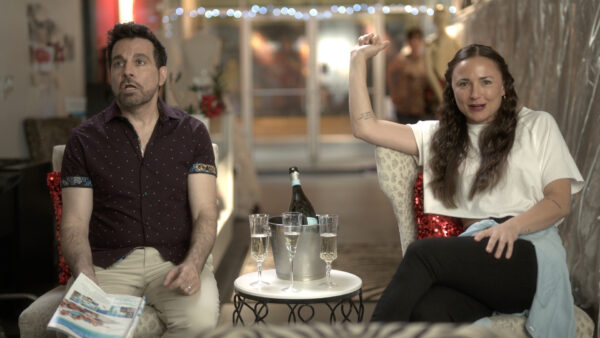 Mario Cantone as Patrick and Briana Evigan as Jill in “Ask Me to Dance.” Photo courtesy of Glass House Distribution and Electric Entertainment.

The less said the better, although I’ve probably said enough. This is a film whose heart was in the right place but was probably doomed from the moment that Tom Molloy the writer and director chose Tom Molloy to play Jack. He’s stiff and lacks the comedic timing necessary to make his bad dates as funny as they needed to be. Malloy doesn’t have the charm needed for the audience to embrace him and the writer and director (that would be him also) have given him no character development. This isn’t just the case with Malloy. Always trying for the easy laugh, most of the other characters have been given roles that lack any kind of substance.

Courtney Warner as Amy, the bride, was actually able to find more to play than she was given. Amy is marrying the exceptionally dim but “hot” Ron, seeing him as her last shot at the altar. Ron, as played by Jesse Kove, is as close to brain dead as you will ever find in a living human being, but he is hot. Catherine Mary Stewart, playing Linda, and Jason Chambers as her partner David, serve merely as plot pushers and purveyors of a bit of edgy salacious sex. What could possibly have been going through Joyce DeWitt’s mind to take the miniscule but exceptionally offensive role as Amy’s southern grandmother. She looks great, but times can’t be that tough for her.

There are two exceptions to all of the above. Mario Cantone as Jill’s wingman Patrick who’s always on the lookout for a fling, hasn’t let the script strip him of the sympathy and humor he so naturally exudes. Briana Evigan, Jill, is the other outlier in this unfortunate film. She’s beautiful, a great dancer, charismatic, and sympathetic. She infuses all her bad dates with humor and humanity and it’s amazing that she hasn’t had a bigger career. Sadly, this film is not going to get her the attention she needs.

“Ask Me to Dance” screams vanity project. It’s not a sin to be obvious from the opening credits, but it is when the humor and charm are missing.

Opening October 7 at the AMC Burbank 16 and the Century City 15.