Avrick steps away, Flinn joins the board 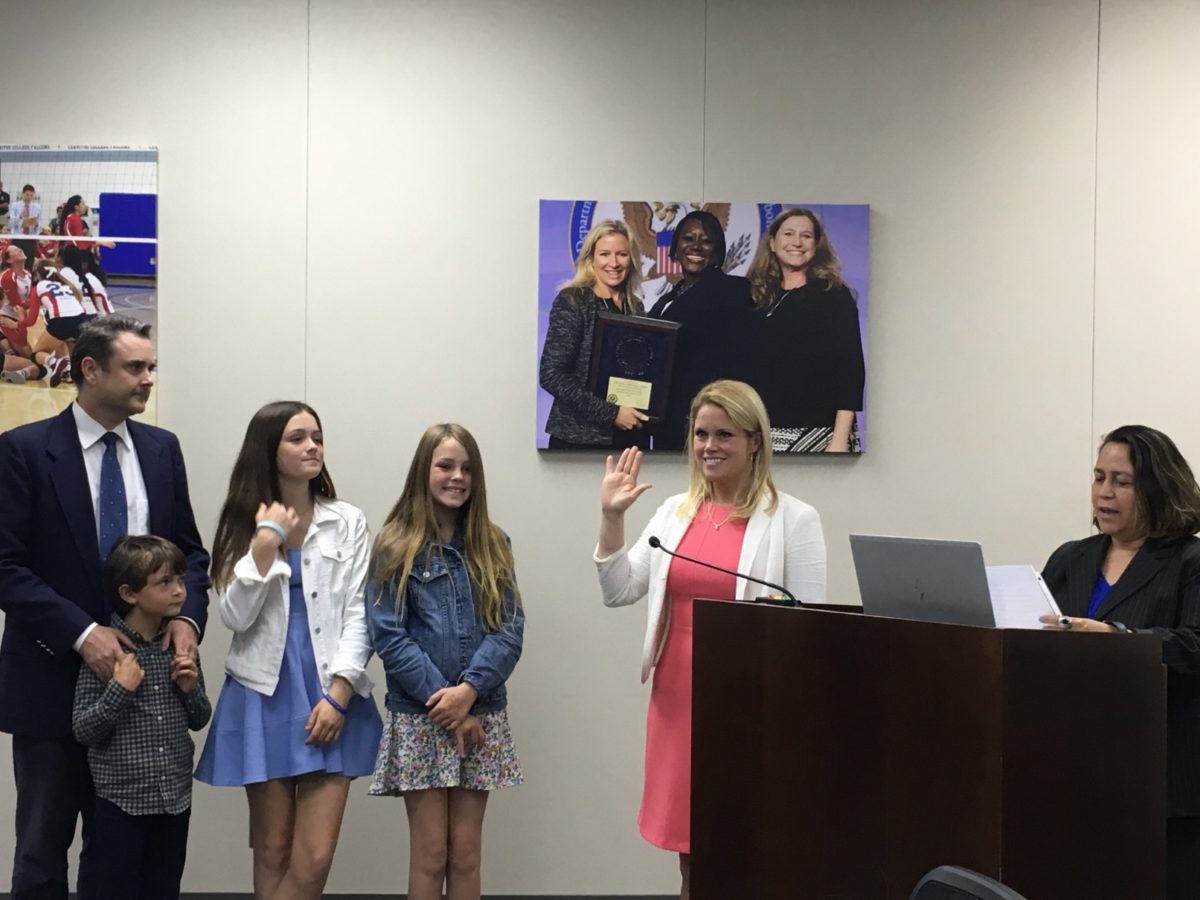 After eight years on the Redondo Beach Unified School District’s Board of Education, and 20 years of going to school meetings, Anita Avrick will finally have her Tuesday evenings to herself, though not without a bit of melancholy.

“It’s bittersweet — bitter, because it’s over, but sweet because Raymur is taking over,” Avrick said, speaking of her school board successor Raymur Flinn. “She’s so smart, and she’s going to be so good for the district. It’s over though…and I’m not going to sit in every meeting.”

Avrick began her time in the district after enrolling her daughter Ashley in 1993, and got involved right away. Teachers advised her to join the school site Parent Teacher Association, which she balanced with her career in the entertainment industry.

“It was just fun, watching the kids, how they do things and how they look at the world, and they hooked me,” Avrick said. “It became, how can you make lives better — not just my kid, but for all kids to be taken care of.”

Avrick worked her way up the ranks, from the Elementary and High School levels to the Redondo Council PTA and the State’s 33rd District PTA. But in 2011, she threw her name into the hat for school board.

“I always thought I could do more damage — or help more — by sitting on this side of the table,” Avrick said in a 2011 interview with Easy Reader. “But with some of the stuff that has been done, I realize that is not true. I need to sit on the other side to make decisions.”

She won office alongside now-City Councilwoman Laura Emdee in 2011. Though Emdee left the board to seek City Council election in 2015, Avrick stayed on. During her eight years, RBUSD passed its Measure Q solar installation and student technology bond, and the Measure K lease of the former Patterson Elementary School to the Kensington memory care facility. Its schools and teachers have repeatedly won local and national distinctions, and the district was praised for its sustainability practices with a National Green Ribbon Schools award.

“We’ve accomplished everything we’ve accomplished because of our relationships with our unions,” Avrick said. “We work collaboratively to figure out solutions, and we’re transparent about what we do.”

That, she admitted, could be a problem in the future, but she’s adamant that the district won’t need to expand with another campus. A study commissioned by the school district indicated that the increasing enrollment trend is supposed to go down over the next 10 years.

“Maybe we’ll need to raise development fees. We’re going to have to get something,” Avrick said. “But you can only get the best information you can and make a decision, and hopefully we’ve done that.”

As of Tuesday night, Avrick has given way to Flinn — a succession long in the making. At Avrick’s final meeting, Flinn recounted the night Avrick insisted Raymur would replace her.

“She said one day, very emphatically, you’re going to replace me when I term out of the school board,” said board member-elect Flinn. “I laughed — it seemed so far away, but she said it and meant it…and it was an honor.”

When Avrick is asked why she backed Raymur, it was a no-brainer.

“She thinks like everyone else [on the board],” Avrick said. “She’s not just about her kids, but a global view for all kids. All of the teachers and principals, the schools, the ed foundation, she’s connected.”

Like Avrick, Flinn started as a parent volunteer, moving up to the PTA level. But her background is in communications and fundraising, which she put to work as the Executive Director of the Redondo Beach Educational Foundation.

RBEF’s sole mission, she said, is to raise money to give back to the school district.

“We have music in our school district because of the ed foundation, PE teachers at the school sites, intramural sports…those things the district IDs for us that we need,” Flinn said. “No school, I believe, wants to be able to cut, and no school wants large classes…if there are ways to get that assistance, that’s what the ed foundation is there for.”

Flinn believes that she’s not taking Anita’s spot, but she is taking a seat, and she’ll be finding her own way.

“If I can live up to even close to that, I’ll be excited,” Flinn said.

Flinn acknowledges that she has a lot to deal with in the learning curve ahead of her.

“But I’m very confident in our fiscal responsibility and the research I’ve done — the board has worked hard to create a reserve,” Flinn said. “I would like to see us tap into additional resources, aside from Sacramento; I believe we have to do more, but I’d like to learn more.”

Flinn is looking to create a stronger partnership between the District and the City of Redondo Beach, as well as the community, and that the district should use those relationships to explore every possible fundraising option.

“We have a reserve…it’s important to save for a rainy day, but we need to come up with alternative sources,” Flinn said. “I think that’ll be the biggest challenge, being able to meet the demands of additional students and changing demographics.”

At Tuesday’s first meeting of the board, Flinn wasn’t required to touch upon such heady subjects — save for the burgeoning partnership between the district and the Friendship Foundation. It was a relatively painless board meeting; as her colleagues said, she batted a thousand on that night, with nary a mistake in sight.

Avrick was there, too. But not for long.

“I’m only here for her,” Avrick said, snapping pictures of Flinn as she took her oath of office.

The two exchanged a wave and a smile, and shortly after Flinn took her seat and the meeting began rolling in earnest, Anita and Andy Avrick quietly stood up.

“I don’t have to be here anymore,” she whispered, smiling, to a friend in the audience before walking out the door.