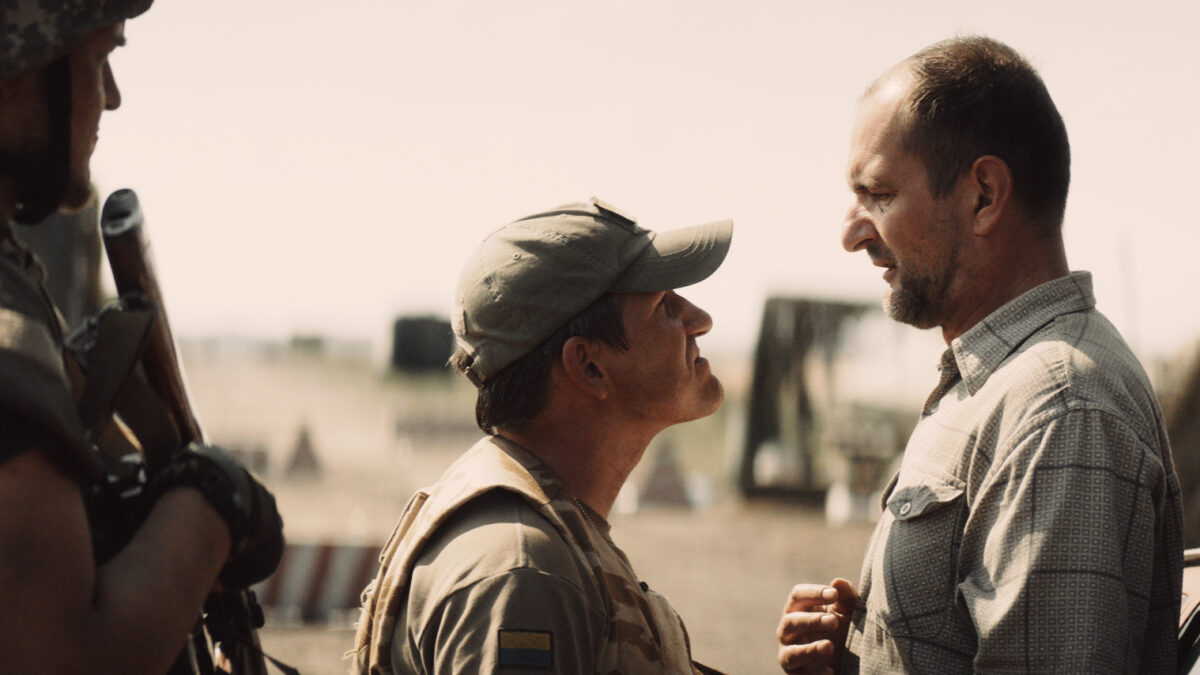 The war in the Ukraine is not a new phenomenon. It’s been ongoing for almost a hundred years as territories inhabited by cultural and ethnic Ukrainians have strained to separate themselves from Russia. With the collapse of the Soviet Union, Ukraine declared its independence, an independence that has been troubled with ongoing disputes in the Eastern regions of the country whose integration into the new nation has been problematic, at best. The first territory to be recaptured, or rather re-annexed, by the Russians in 2014 was the tiny Crimean peninsula in Southeastern Ukraine. This was followed immediately by conflict in coal-rich Donbass, also in the Southeast, bordering Russia.

“Bad Roads,” told in four distinct chapters, is a dystopian look at the effects of this conflict on the people of the Donbass region. The most effective story is the first in which the tipsy headmaster of a local school is stopped by soldiers at a checkpoint. Asked to produce his passport, he discovers too late that he has mistakenly taken his wife’s passport instead of his own. Trying to talk his way out of this potentially lethal situation, he is dragged farther and farther down a Kafkaesque rabbit hole. The back and forth between the teacher and the commander, whose gun is never far from his head, illustrates how difficult the situation is and how easy it would be to unravel further.

A thread from each story carries us into the next. Sure that he has seen one of his most vulnerable young students in a nearby trench, the headmaster begs the commander to set her free and make sure that she is unharmed physically and psychically.

Transitioning to the next chapter, we meet that girl as she and her girlfriends, sitting at a bus stop, discuss their soldier boyfriends. Her boyfriend is gentle and caring, she declares.

Chapter 3 is the most difficult to watch because  a soldier, possibly the aforementioned and unrevealed “gentle” warrior is seen brutalizing a journalist who verbally spars with him as he beats her. Philosophically he wants to know how much a human life is worth. She tells him the story of a young woman in the countryside who, having accidentally killed a hen, tries to make amends to the farmers. She uses the amount paid for the chicken to extrapolate the value of a human life. It is, he declares, a ludicrous amount. Life is cheap. Not so, she maintains, as he continues to torture her. 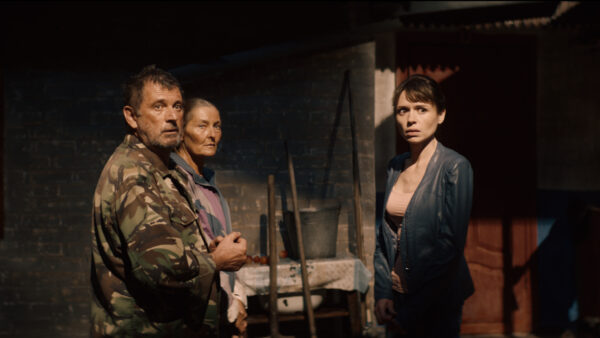 Negotiating over a dead chicken in “Bad Roads.” Photo courtesy of Film Movement.

Finally, in the last story, we meet the girl who killed the chicken. Her negotiations with the farmers take another Kafka-esque turn as they demand more and more and more. She is the soul of innocence, possibly representing those caught in the crossfire of war, and they are the burden whose corruption is fueled by war and whose demands are never ending.

Natalya Vorozhbit wrote this originally as a play, presented first at the Royal Court Theater in London. As director, she has been able to make this as cinematic as possible while still maintaining the sharp dialogue and ambiguous situations. Not all of it works because the segues into new sequences are rough. The film opens strong with the teacher and the soldiers but ends weakly because the urban vs. rural confrontation sputters out. The first three segments relate to the hell of war and the final is the disconnect of a good deed being corrupted by the greed of others. Although only marginally related to the “war,” Vorozhbit may have been trying to show that the more things change, the more they remain the same. War is not the impetus for greed; the greed and hostility already existed and that, in itself, is another story. Because of its tenuous relationship to what has come before, it is not quite as effective as it could have been.

Still, the timeliness of this film, relating to the Russian support of Donbass separatists fomenting a civil war so they could leave the Ukraine, is important in relation to what is happening now and how this conflict emboldened Russia to take more territory. Most importantly, though, because of the complexity of the situation and the tangled ties of both sides, Vorozhbit never specifies who the soldiers are? They might be Russian, they might be Ukrainian. She keeps her perspective purposefully ambiguous.

War is hell, but we already know that.

In Russian and Ukrainian with English subtitles.

Opening April 29 at the Laemmle Virtual Cinema and other digital platforms.