In 2007, the Mermaid restaurant on Hermosa’s Strand was slated to become a hotel.

On Hermosa’s southern border Redondo Beach was contemplating redevelopment of its 150-acre waterfront. “You have ‘The Grove on the Water,’” an enthusiastic consultant gushed to Redondo’s City Council, referring to mega developer Rick Caruso’s widely admired Los Angeles shopping center.

Then the 2008  recession hit, bringing all of these dreams to a halt. For five long years, almost no development of consequence took place in the Beach Cities or El Segundo, with the notable exception of new Wells Fargo and Chase bank branches, seemingly on every corner. Together, the two bank giants increased their numbers to 10 branches each, or nearly one branch for every two square miles in the beach cities and El Segundo.

In 2013, it was back to 2007. The greatest number of infill projects in local history found funding, filed plans and in some cases, even broke ground.

In January of this year, the Mermaid property was in escrow again and out of escrow again and back in again. Finally, in June, after six years on the market, escrow closed. The hotel plans were back on.

Manhattan Village dusted off it’s seven-year-old remodeling renderings at a series of five community meetings, emphasizing the “village” in Manhattan Village. It’s expecting approval of its expansion plans at next month’s council meeting.

Plaza El Segundo’s Phase Two is also back on track, after the 381,000 square foot center, called The Point, was bought by Federated Realty. The center’s sellers Continental Development and Mar Ventures promptly doubled down with plans to build a $97 million business park, called Elevon, on 23 of Campus El Segundo’s 46 acres. 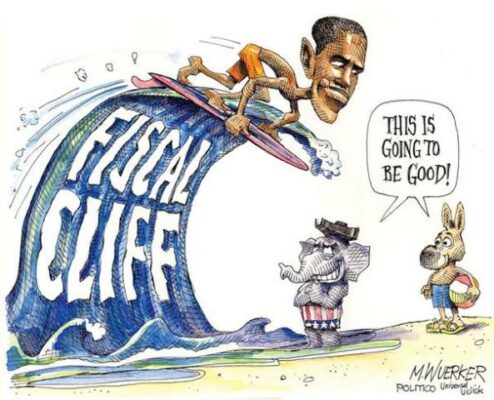 Why here, why now, while the rest of the country has yet to emerge from the Great Recession?

Bank of Manhattan vice president David Curry offered a simple explanation during an economic forum hosted by the Manhattan Beach Chamber in September.  Manhattan Beach households with earnings of over $200,000 rose 64 percent between 2000 and 2010. Paradoxically, Curry explained, the increase is attributable to tighter loan restrictions triggered by the recession. Buying a home in Manhattan Beach requires a lot more cash than it did pre-recession, Curry said.

Another paradox of the recession, Beach Business Bank founder and president Bob Franko wrote in Easy Reader’s February 2013 Progress edition,  is the “Wall of Worry,”  which he described as a healthy, cautionary reaction to the pre-recession’s economic exuberance.

“Two years ago, local businesses got back to business. Last year, consumers came cautiously back to the market. ….by the end of this decade we will have a new Baby Boom….Now is the time to build,” Franko wrote.

In El Segundo, the little Mayberry with Silicon Beach pretensions, took Franko’s advice to heart with an exuberance that the El Segundo bank president actually cautioned against.

During the State of the City address in January, councilman and soon to be mayor Bill Fisher talked about Time Warner Cable SportsNet, PCMall.com and Stamps.Com all moving to El Segundo. He talked about the city’s efforts to transform Sleepy Hollow, a small manufacturing zone for the aerospace industry, into a digital era incubator. And he talked about the $97 million Elevon business campus Continental and Mar Ventures is building for “creative firms.”

Another “creative firms” development was announced in May when Rockwood Capital purchased the six-acre Rhythm  and Hues center for $25 million. Proving good work is no guarantee of financial success, Rhythm and Hues filed for bankruptcy in February, just weeks before winning an Academy Award for its special effects in Life of Pi.

A TopGolf facility similar to what has been proposed for The Lakes. Illustration courtesy of TopGolf

El Segundo’s Silicon Beach ambitions could even be seen in the lease it awarded TopGolf to manage the city-owned driving range. TopGolf plans to embed microchips in the driving range golf balls to enable golfers to measure their drives and compete against one another. The $20 million TopGolf facility also includes a gourmet lounge and facilities to host corporate events.

Fisher saw special significance in the new Hyatt Place Hotel at Campus El Segundo. “The groundbreaking there was a real sign to me of the economy moving forward, and more so, a company analyzing risk against opportunity still takes and decides to move forward,” Fisher said.

Manhattan Village dusted off its seven year old expansion plans in 2013 and hoping for city approval early next year.

Manhattan Beach: From boulevard to highway

In Manhattan Beach, resurrection of Manhattan Village’s seven year old expansion plans was the most visible evidence of private investors “climbing the Wall of Worry.” But another was the first major public works project since the public bond flurry of the early 2000’s, which funded a new police and fire complex in Manhattan and new school buildings in all three beach cities. Last summer, Manhattan demolished its 1975 library to make room for a new $26.2 million, 21,500 square foot library. Plans for the new library date back to the city’s 2001 General Plan revision.

A more subtle sign of the economy unleashing was the transformation of the Manhattan Beach Chamber of Commerce.

Under the leadership of newly named chamber CEO James O’Callaghan, Manhattan’s chamber adopted a core business agenda. Risking members’ fury, O’Callaghan abandoned the popular Women in Business conference (though supporters plan to continue it) in favor of a sex-neutral business conference. He also risked the wrath of non-sales tax generating Realtors by asking the city to ban them from ground floor retail space in the downtown.  And he riled traditionalists by proposing Sepulveda Boulevard be renamed Pacific Coast Highway, as the street is known elsewhere in California, from the Mexican to Canadian borders. The latter two ideas failed to find traction, but the repositioned business conference won over even the skeptics. 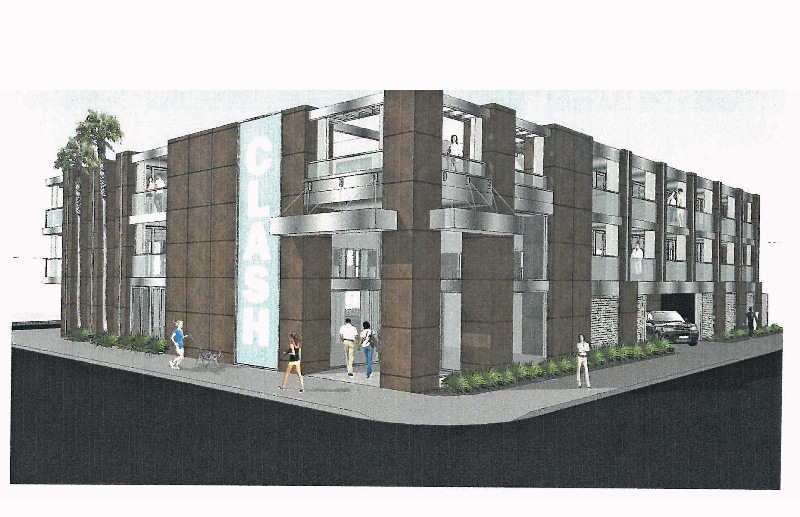 No one expects the Mermaid hotel development, which will require Coastal Commission approval, to break ground much before the end of the decade. But a modest revitalization of the one square block Strand property has already begun with a remodel of the Mermaid, once a genuine dive, and now a gentrified dive featuring a specialty whisky cocktail menu crafted by L.A. cocktail master mixer Marcos Tello.

A second, more modest hotel will open downtown in 2016. Groundbreaking for the 30-room Clash Hotel is scheduled for early next year on the former Duncan’s Donuts/Classic Burger site at 15th Street and Hermosa Avenue. They were  demolished in 2007 to make way for a 29-unit office condo project. Office condos were an idea that looked good until the recession. The 29 unit project went into foreclosure before breaking ground. A similar 53 unit office project at 200 Pier Avenue went into foreclosure half way through construction. The construction lender finished it up, and it’s now fully leased, as offices and retail.

Clash Hotel’s developer is Raju Chhabria, a residential Realtor whose first venture into commercial development in Hermosa did not start off well. Days after closing escrow on the Alta Dena Dairy property on Pier Avenue in 2008, his construction lender went under. It took four years, using his own and partners’ money, to build the mixed office/retail building that now houses Chhabria’s CRE Realtors office.

While waiting for construction to begin on his hotel, Chhabria is remodeling four Hermosa Avenue retail store fronts across from the hotel, which he purchased for $4 million last year. He also has a $10 million Hermosa Beach project in the works, which he declined to identify.

Chhabria is best known locally as a residential Realtor. The Wall Street Journal ranked him 29th  among residential Realtors in the country this year. Last  month, he sold a Hermosa Strand residence that he built for $14.8 million, the highest price ever paid for a beach cities home.

But he sees even greater potential in local commercial development.

“By the end of 2013, my partners and I will own $50 million in commercial real estate. We want to take it to $100 million, and then to a billion dollars,” he told Easy Reader in an interview last January. 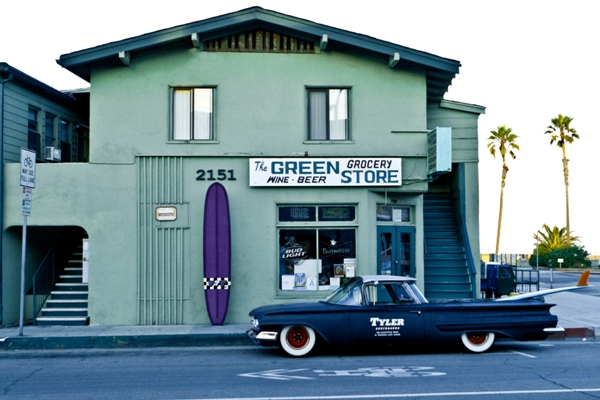 A still more modest, but equally encouraging sign of Hermosa’s return to economic health was the reopening this month of the 99-year-old Green Store at 22nd Street and Hermosa Ave. New owners Tony Istawani and Nick Conner preserved the name and green stucco of the formerly dank convenience store, opening it up to the street and converting it to a high end deli and gourmet food shop with patio dining.

Redondo Beach: one thing is certain

After a decade of low volume activity, Redondo’s Community Development Director Aaron Jones is working overtime on a half dozen projects with the potential to transform Redondo’s long stagnant waterfront and its strip of Pacific Coast Highway.

CenterCal’s 15-acre, $300 million redevelopment of the Redondo Harbor property, unveiled in March, includes a 100-room, boutique hotel and a public market modeled after the San Francisco Ferry Building Marketplace, with approximately 80 local shops and a movie theater. The popular, but environmentally challenged Seaside Lagoon would become a natural estuary, open to the main harbor channel.

Opponents who packed council chambers at a public hearing last month pejoratively pegged the proposal “King Harbor Mall.” After a seven hour meeting that went past midnight, the council voted 4 to 1 to approve a $1.9 million environmental impact study of the proposal.

The no vote was cast by councilman Bill Brand, who has spearheaded a decade-long effort to tear down the AES power plant, across from the harbor. What appeared to be a Quixotic quest when it began, gained legitimacy this month when the council voted unanimously to impose a moratorium on new power plants. AES hopes to replace its current power plant, with a smaller, more environmentally friendly plant.

Pending Pacific Coast Highway developments include the Redondo school district’s plans for senior housing on its former Knob Hill school site and Legado Companies plans to develop the four-acre Palos Verdes Inn/Bristol Farms property. The developer, who bought the property in 2006, is planning 150 residential units, 40,000 square feet of retail and an 110 room hotel.

The two highway projects go before Redondo’s city council next month. But as former Pasadena city manager Richard Bruckner said at Manhattan’s economic forum in September, “One thing is certain, I would tell my staff. There will be more meetings.” ER