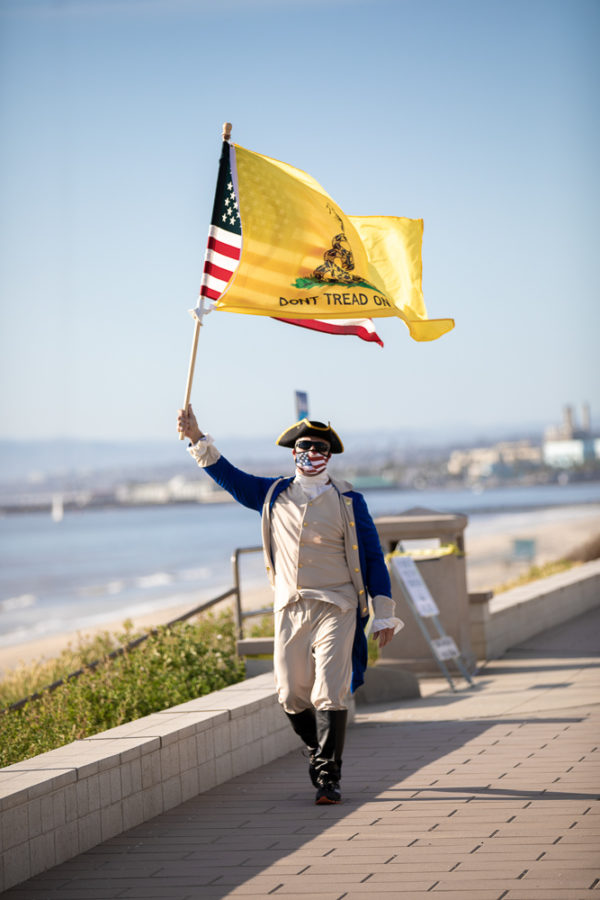 A man who declined to identify himself protested the beach closure Friday night, along the Redondo Beach Esplanade. Photo by JP Cordereo

A man dressed as a Revolutionary patriot wearing sunglasses and carrying an American flag and a Revolutionary Gadsden flag with a rattlesnake bearing the words ‘Don’t tread on me” walked the length of the Redondo Beach Esplanade Friday evening, on the ocean side sidewalk.

“We’re not drones of the politicians…. All who value the Bill of Rights will gather on the Esplanade keeping arms lengths apart and protest,” the post read. 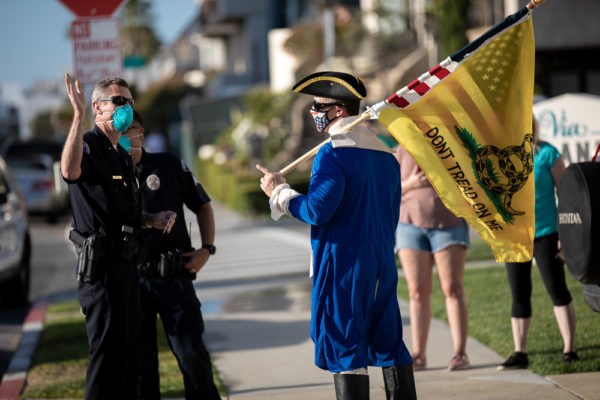 Redondo Police convince the Patriot protestor not to defy the ban on walking on the oceanside of the Esplanade. Photo by JP Cordero

One driver stopped to take a selfie with the man in the Patriot costume. Otherwise the number of honks in support of the protest and the number of F-bombs shouted at the protesters were about equal in number. 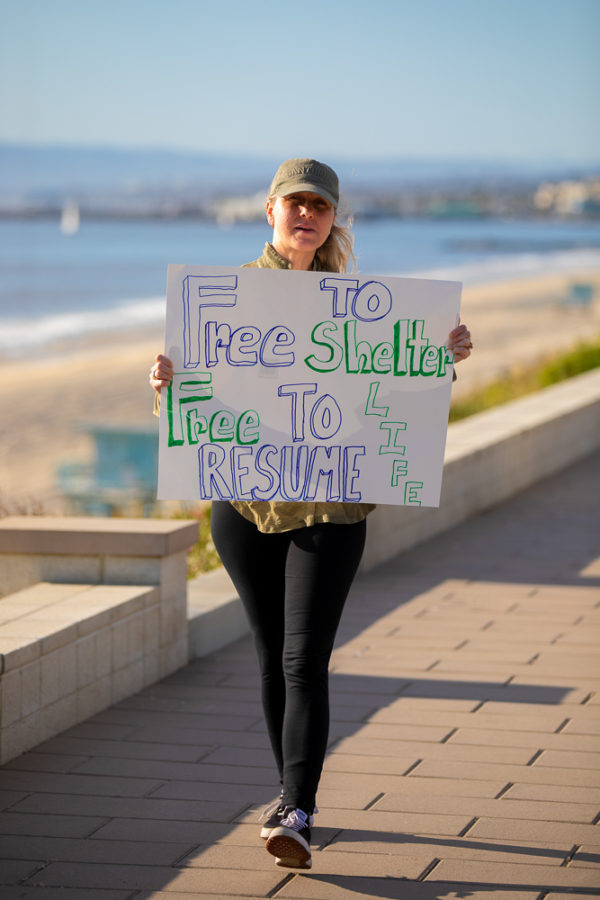 A woman who declined to identify herself was one of two protestors at the rally on the esplanade. Photo by JP Cordero

A large number of people gathered along the east side of the Esplanade. But they appeared more interested in watching the sun set than in the protest.

Police eventually asked the two protestors to stay off the ocean side of the Esplanade and then returned their attention to directing people waiting for the sunset to practice social distancing. ER 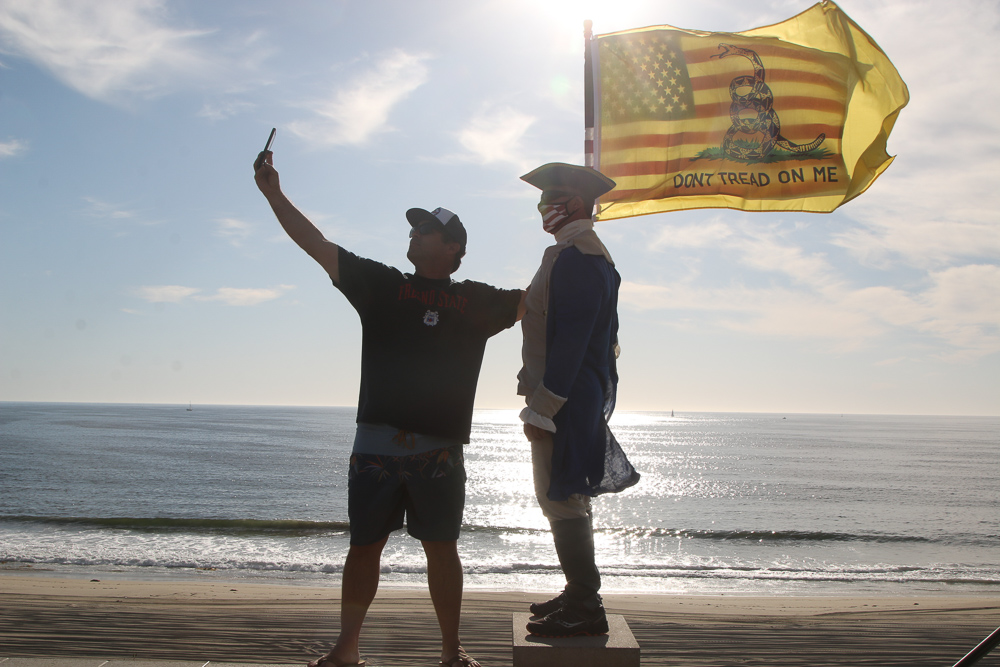 A passerby takes a selfie with the beach closure protester. Photo by Kevin Cody