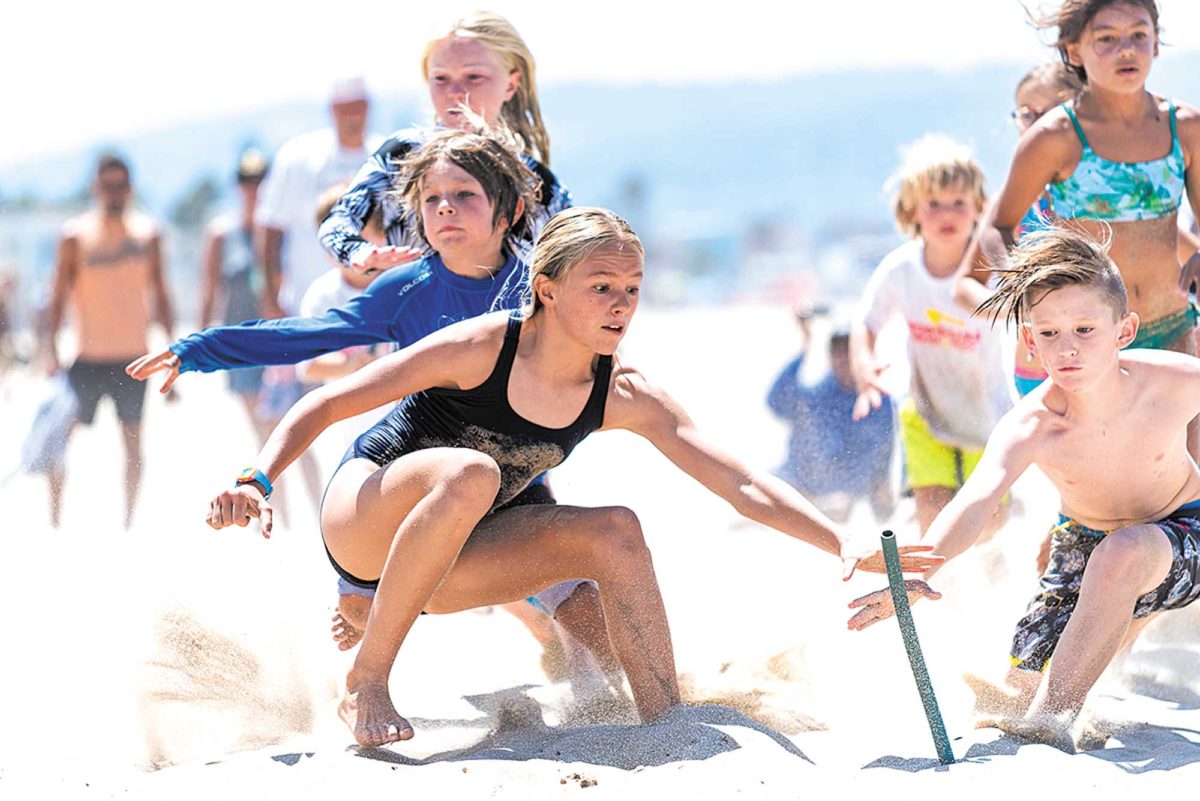 The South Bay Boardriders Club is second only to the Los Angeles County Junior Lifeguards in preparing kids for a safe, lifetime enjoyment of the ocean. But unlike the JG’s, kids don’t need to be already proficient ocean swimmers to participate SBBC programs. Group co-founder Derek Levy said of his fellow club members, “The ocean has given so much to us, we know it’s time to start giving back.” One of the group’s most popular events is the Grom O Rama, held each August at 22nd Street in Hermosa Beach. Entry is free for the six events, which range from a beach obstacle course to swimming and paddling. Brynn Barry and Brayden Sheets were named this year’s Queen and King of the Beach. Coral Coyce was named most inspirational. Beginning in November, SBBC will host a six-contest surf series. Divisions range from assisted groms (club members push young kids on softboards into waves) to Legends (old guys, like Levy). For more about the club, visit SouthBayBoardriders.com. ER