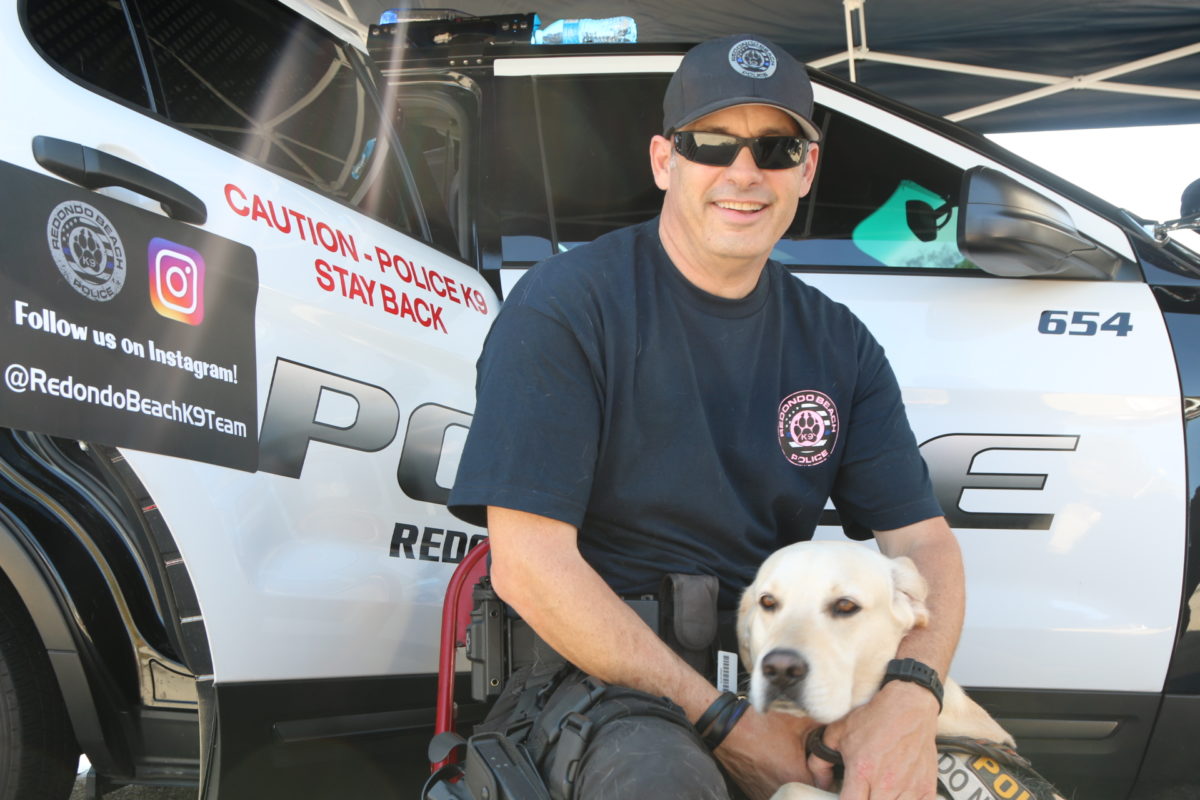 Redondo police and firefighters presented a safety fair and formidable demonstrations of its resources on Sunday Oct. 1. Demonstrations included the fire department’s Jaws of Life and demonstrations by the police department’s five K9 dogs, its drone squadron, motorcycle officers and SWAT team. The Jaws of Life were used to remove the roof of a vehicle so its driver could be freed. The five K9s, the most of any South Bay department, sniffed out a suspect, drugs and cars keys belonging to a suspect. The drone demonstrated its 2.5 mile range, enabling it to search for victims over the ocean. The department’s 10 FAA licensed Unmanned Aerial System Pilots also use the drones to approach suspects without putting officers in danger. The SWAT team used a stun grenade to demonstrate disorienting an armed suspect.

On the day as the safety fair, six off-duty Redondo Beach officers, trained in Tactical Medical Services, put their training to work following the mass shooting at the Route 91 Harvest country music festival in Las Vegas.

K9 Officer Dave Arnold with Balton, the first police dog on the west coast to trained to identify vapor wakes from explosives moving in a crowd.

K9 Officer Scott Martin with Ruger, who is trained to find suspects and drugs.

The Redondo Police Assault Vehicle and SWAT team during a suspect apprehension demonstration.

Redondo firefighters demonstrate using the Jaws of Life to free a crash victim.

Redondo firefighters a demonstration vehicle’s roof so its driver can be lifted free.

Redondo firefighters demonstrate using the Jaws of Life to free a crash victim.