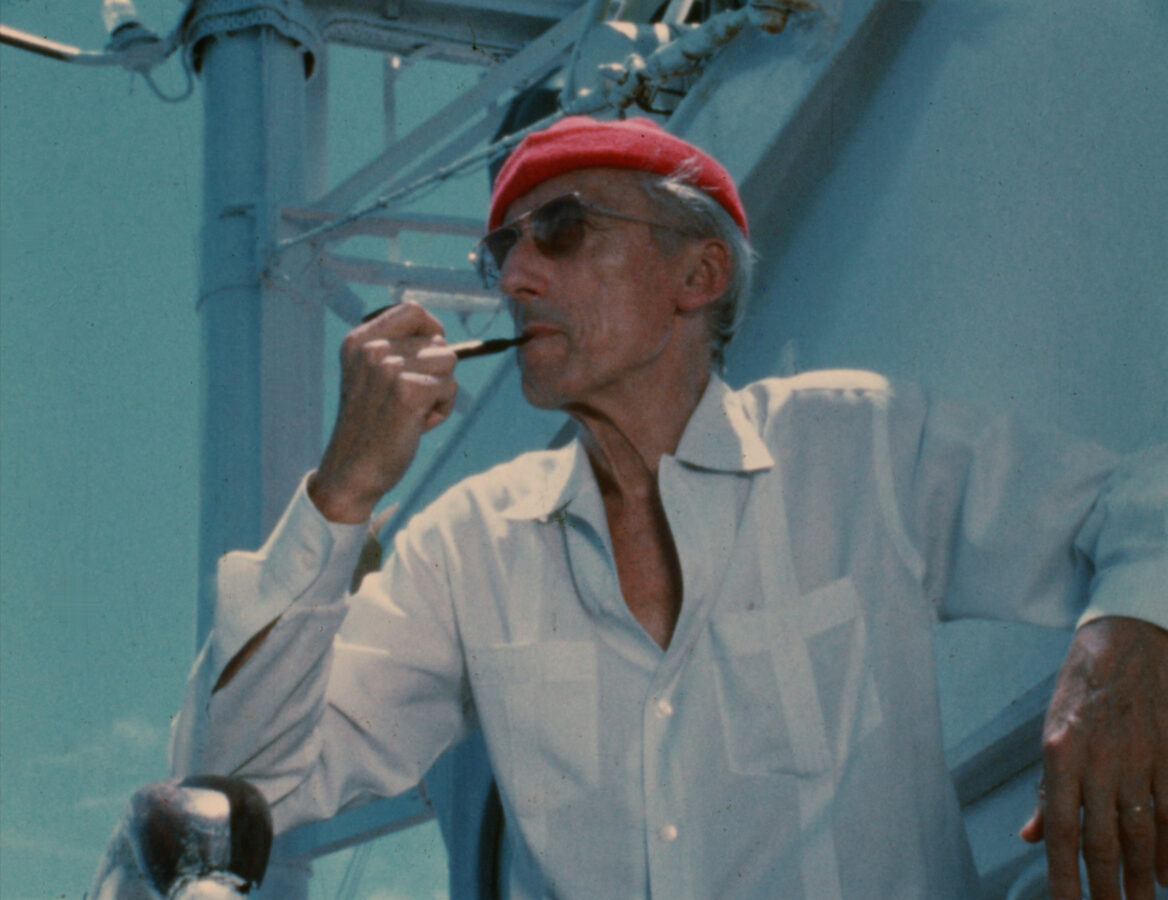 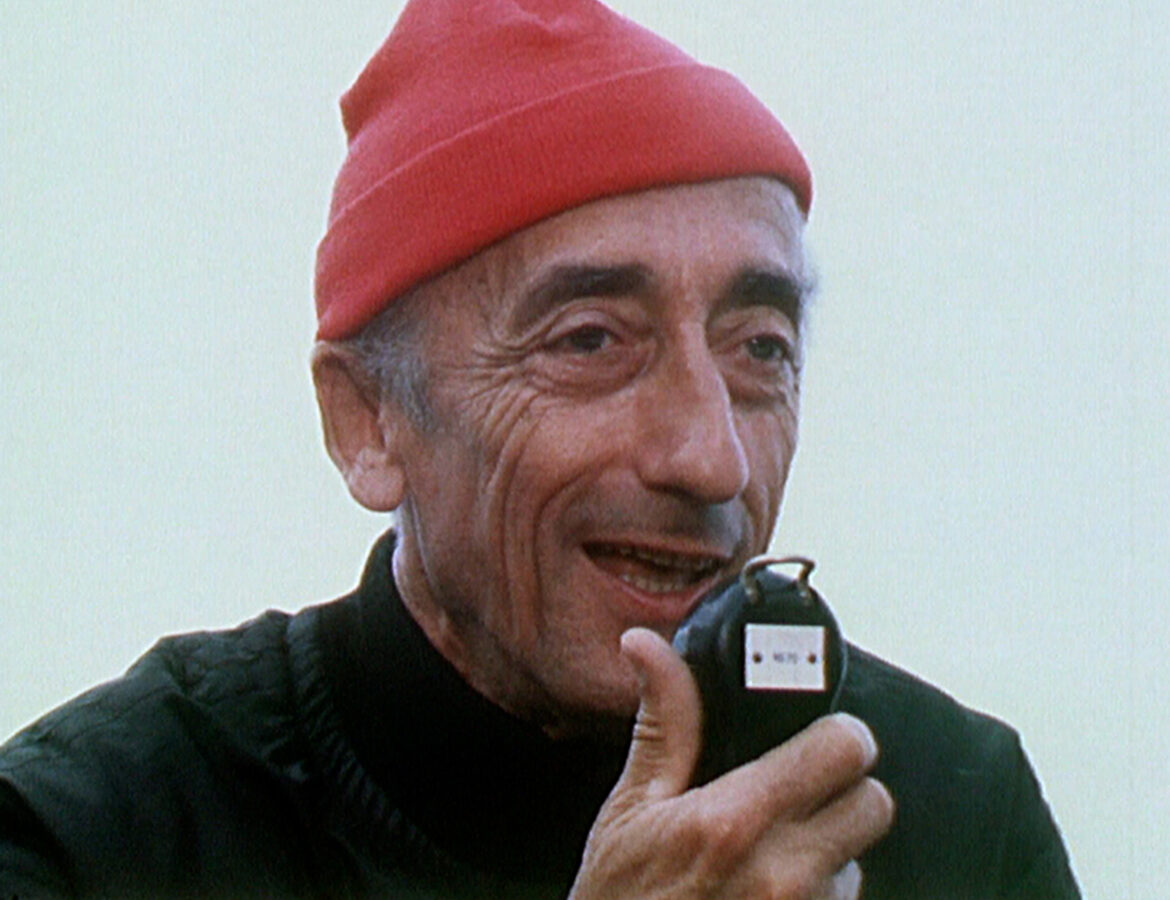 July 1969: Jacques Cousteau communicates by radio with a crew member exploring the ocean depths in one of the Calypso’s diving saucers. (Credit: The Cousteau Society)

It is inconceivable that there might be a present generation unacquainted with Jacques Cousteau, the icon of environmental protection. Liz Garbus, the multiple award-winning and Oscar-nominated filmmaker (“What Happened Miss Simone?” and “All In: The Fight for Democracy”), is about to the remedy that situation, focusing a laser beam on her subject that he deserves.

Explorer, scientist, filmmaker, inventor, and spokesperson, Cousteau’s fame expanded internationally with his Oscar-winning feature length documentaries, “The Silent World” in 1957 and “World without Sun” in 1964. And a true sign of influence in popular culture was comedian Dana Carvey’s portrayal of Cousteau on “Saturday Night Live” in the 80s. 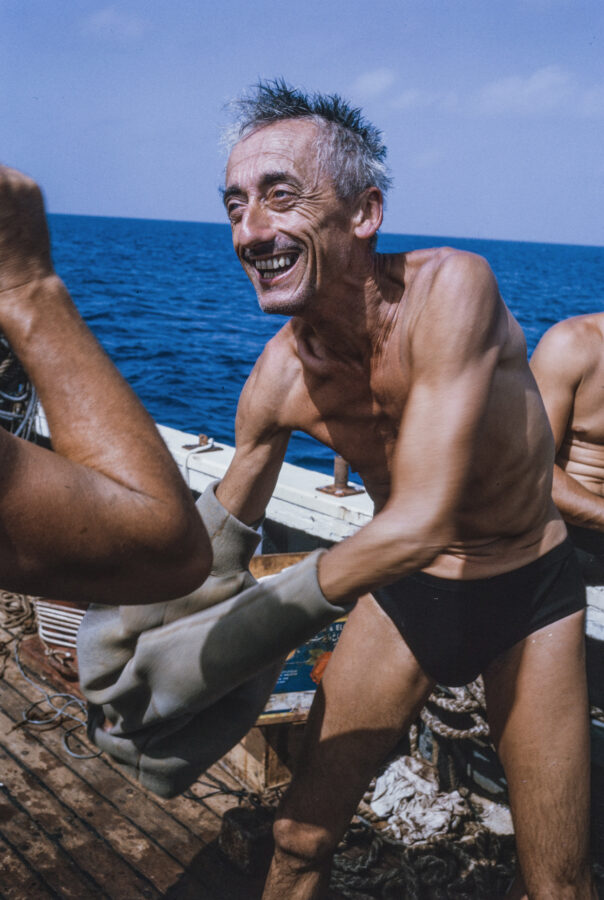 Jacques Cousteau aboard Calypso on a 1963 expedition in the Red Sea. (Credit: National Geographic)

Garbus gives us a very well-rounded portrayal of the man, warts and all (well some warts, not all of them). Using archival film footage, this documentary relies almost entirely on first-hand accounts by Cousteau, who left a thorough legacy in the home movies of his personal life and that of his explorations. She tells a straightforward, chronological tale.

In 1936, about to start his military service in the Navy as a pilot, he had a devastating car accident that immediately ended his dream of flying. Recuperating in the south of France on a naval base in Toulon, he swam to regain his strength under the tutelage of two men who would become his lifelong partners, Philippe Taillez, an officer and diver in the Navy, and Frédéric Dumas, a spearfisherman. They guided his recovery and introduced him to the wonders of marine life. Always interested in filming, he joined his new obsession with the sea and his love of filmmaking. And thus the chronicle of his adventures began. Taillez, Dumas, and Cousteau were like the three musketeers. Into this group arrived Simone Melchior, Cousteau’s love at first sight. Simone, the daughter and granddaughter of Naval officers, would settle for no less than a Naval recruit, and Cousteau was that man. They married in 1937.

After the war and at the end of his military service, Cousteau bought the famous Calypso, a deaccessioned and refitted British mine sweeper. Simone made a deal with Cousteau when they married. She would give him two children but he must give her the sea. That bargain stuck and eventually she would become the Shepherdess, of the Calypso, the ship that was renown for Cousteau’s most famous underwater exploits and discoveries.

Underwater exploration had always been limited by the need to tether the diver to oxygen delivered by a hose attached to the boat. During World War II, naval lieutenant Cousteau teamed with engineer Émile Gagnan to make the diver independent. Thus was born the Aqua-Lung. Always pushing the envelope, in 1947 Cousteau’s and Taillez’s colleague Maurice Fargues became the first diver to die while trying to test the limits of the Aqua-Lung and set a depth record. Film of Fargues making the dive and being pulled up as he struggled to recover is just some of the footage that you will see. Fargues’s death would always haunt Cousteau.

But the Calypso cost money to maintain and their explorations around the world were expensive. When offered money by an English Company to explore the sea floor in the Middle East for the existence of oil, he didn’t hesitate. Years later, when he became one of the leaders in preservation of the ocean, he would acknowledge that he had done great harm to the place he wanted to preserve.

But again, even with all the innovations for which he was responsible and his discoveries, Cousteau considered himself first and foremost a filmmaker. Using a camera with a primitive pressure proof casing, Cousteau documented the wonders under water. Setting out to film his first full-length feature in 1956, “The Silent World,” he advertised for a recent film school graduate to act as an intern. Answering that call was a young man who admitted he knew nothing of the sea and didn’t have an athletic bone in his body but recognized an opportunity when he saw one. And who was that intern? Louis Malle, who would become one of the early New Wave directors and receive innumerable international awards for films like “Atlantic City,” “Lacombe Lucien,” and “Au Revoir les Enfant.” But his Oscar win was as co-director of “The Silent World.” Cousteau followed up “The Silent World” with a second Academy Award for “World Without Sun.”

Cousteau had the freedom to make his films and travel the world giving talks about the wonders of the sea because he had Simone running the Calypso operations. But the need for funding was endless and he knew he had to cut ties with the oil industry. He began courting television and found a fan in producer David Wolper (“Roots”) who helped him pitch a series to ABC called “The Undersea World of Jacques Cousteau.” His star rose and his fame spread. A television show that had been turned down by others who felt there wasn’t any interest became a major hit and spun off into subsequent series. Long before the BBC’s “Blue Planet” or other films about underwater life, it was Cousteau who introduced the lustrous beautiful and dangerous creatures living beneath the sea to an astonished public. He played a role in the first Earth Day and founded the non-profit Cousteau Society to alert the world about climate change and the toll it was taking in Antarctica.

Lest you think this beaky nosed, Speedo-clad smiling figure with the ever present “Where’s Waldo” stocking cap was a saint, he had his own demons that followed in his wake. Never forgetting the death of Fargues or his involvement in the raping of the ocean floor in pursuit of oil, he also faced personal tragedy in the death of his younger son and partner Philippe who died in a plane crash off the coast of Portugal. His marital life was quite messy, having abandoned Simone to the Calypso, although she was content with her life there, for a mistress with whom he had two children before Simone died of cancer in 1990 at the age of 71.

But I go on too long and this documentary is to be savored and enjoyed. The film footage, so informative about his life and career, is almost voyeuristic in its comprehensive storytelling of a life very well lived.

Opening Friday October 22 at the Monica Film Center as well as the Laemmle Playhouse 7, the Town Center 5, and the Claremont 5.