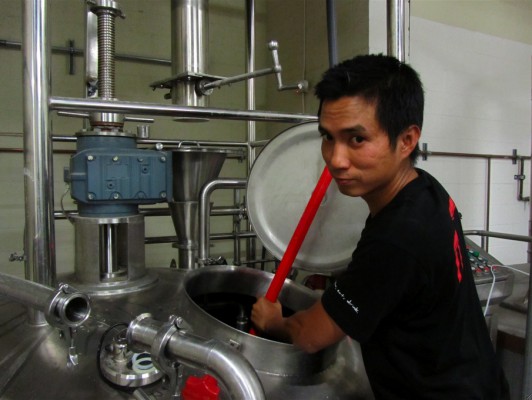 Monkish Brewing Co. is one of the newest microbreweries in Los Angeles to call the South Bay its home. And while it’s located at 20311 S. Western Ave. in Torrance, it really began in Scotland.

Henry Nguyen decided to open a brewery while pursing his PhD in theology in Scotland. While there, his interest in home brewing peaked against the wonder of Belgian style ales. Fascinated by the story surrounding monks (who’re the historical brewers of Belgium) and their approach to making beer, Nguyen also found the name for his future brew house.

Monkish Brewing Co. opened its doors only about six months ago, with a facility housing a 15-barrel brewing system and small tasting room. Currently, 10 different beers rotate on eight taps. While Nguyen brews without constraint, and doesn’t even restrict himself to making a traditional Belgian ale, all his beers are considered Belgian in flavor. The prominent reason is the singular use of one Belgian yeast strain in every brew, but more than anything it’s his adoption of the Belgian philosophy and attitude toward beer. 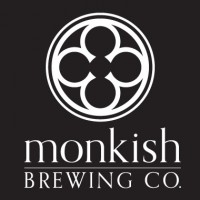 Of the Monkish spread, one of the highlights is a beer called the Feminist. It’s a double-faced beer which shows a soft, pink-hued facade that whispers of hibiscus, while boasting a fierce 9.4% ABV. A refreshing citrusy taste finds it popular with the ladies.

The tap room is open to the public 4 to 9 p.m. Thursday and Friday, 3 to 8 p.m. Saturday, and 1 to 6 p.m. Sunday. Like most new breweries, they’ve not begun bottling; but they plan to by the end of the year, and growlers are available in the meantime. B