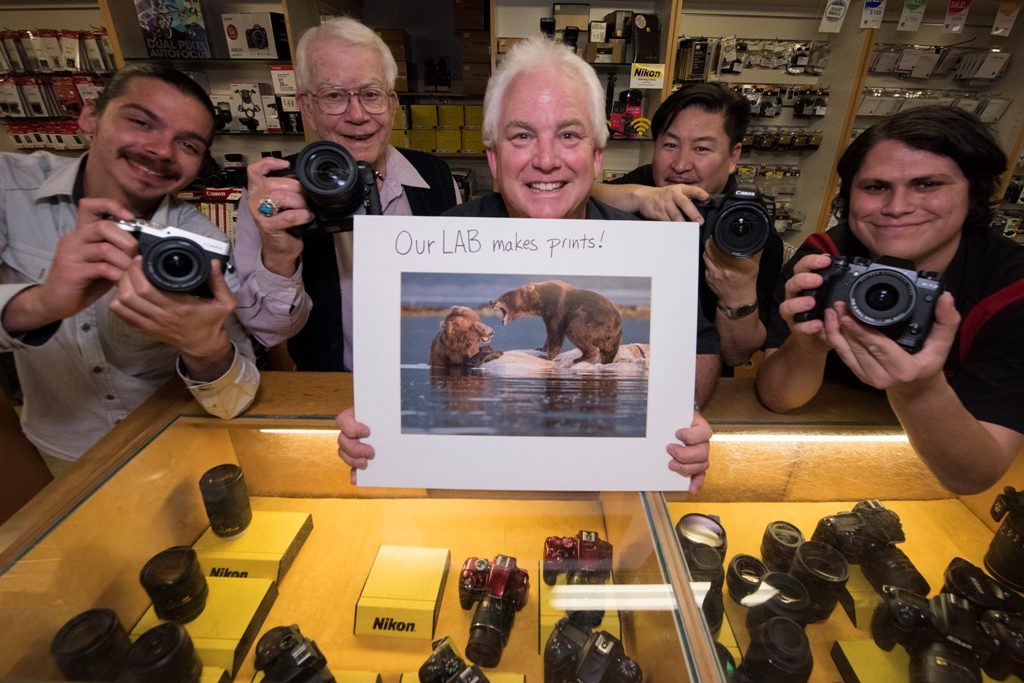 “You won’t find the answer online. Which is why retails camera sales were up 25 percent last Christmas. People recognized that they need help selecting a camera,” Comon said.

Mark has been matching customers with cameras for over four decades. Most of his staff have been at the store for at least a decade. Paul’s been doing it for six decades.

“We ask half a dozen questions to narrow down the camera selection. What sort of light will they be shooting in? What’s their budget? Do they want video that auto focuses? People don’t care what kind of camera they get, so long as it gets them the pictures they want.”

“Most people look online before coming to the store. Some have narrowed their choices. Some have been misled by biased bloggers,” Comon said.

Buying online to avoid paying taxes is no longer an option Comon said. Sellers with a physical presence in California, such as Amazon, must collect California sales taxes. Buyer who don’t pay sales taxes at the time of purchase,, must declare it on their income tax return. Failure to declare sales taxes could lead to an audit that might go back many years.

As for the parent who wants to photograph their kids playing sports, if the sports are outdoors, during the day, the Rebel and 80 D are good options. But for a camera that is quick to autofocus in low light, Comon recommends the Canon 7D Mark II. Or for professional results, get the professional 5D Mark lV. ER