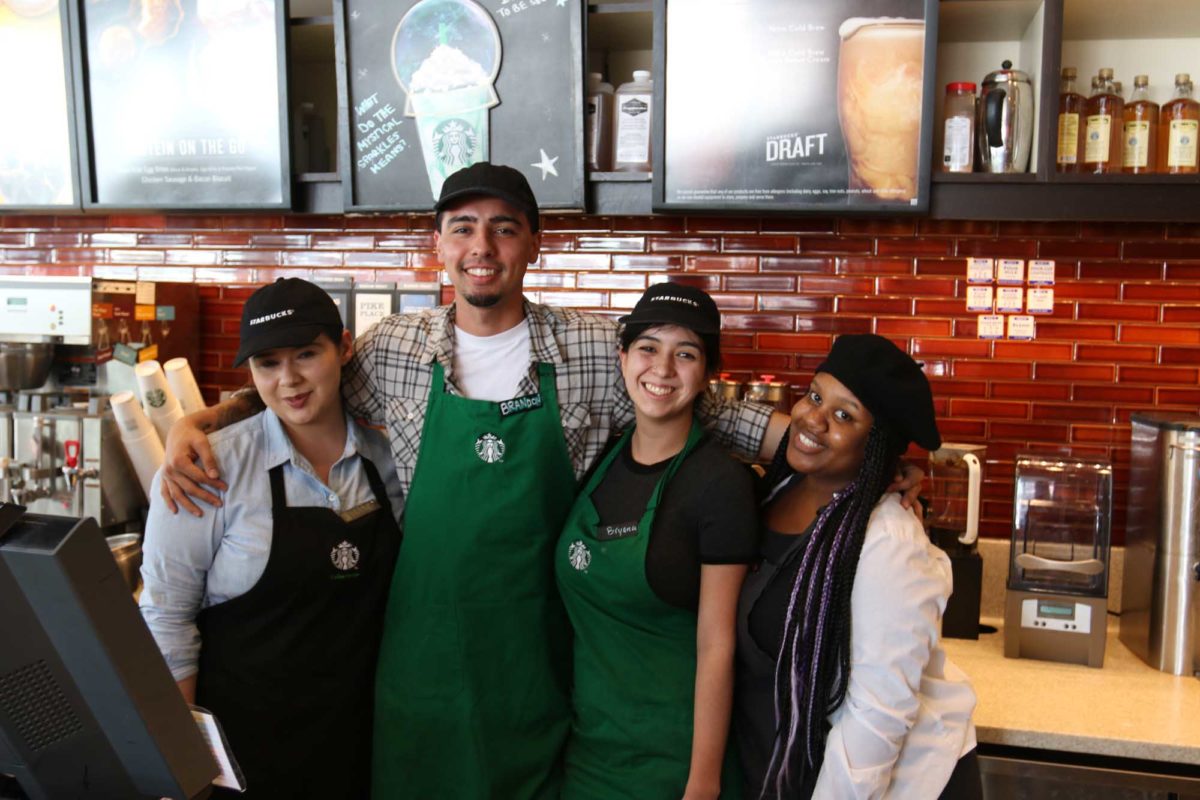 Starbucks has been around since the early 1970s but started to make it big in the early 1990s when they brought the vibe of European coffee houses to the masses. That’s around when the first one in the South Bay opened, at the corner of Manhattan Beach Boulevard and Highland Avenue. It was an instant hit, and its appearance became synonymous with the increasingly sophisticated (and high-end) Beach Cities. Dodger great Mike Piazza was pictured at the Starbucks in a Los Angeles Times story about athletes living in Manhattan.

Many other Starbucks have popped up locally, that first South Bay Starbucks is still standing, a testament to the innovation and customer service that allows the world’s largest coffee purveyor to push through “third wave” coffee and retain a dedicated following.

“Monday through Friday, most business happens in the morning. But this is really a huge weekend store,” said Flavio Jauregui, store manager for the Manhattan location.

People of all ages linger around a Starbucks. Earlier this week, with students at Mira Costa on Spring Break, the store was getting more youth visitors at midday than it was used to, Jauregui said. Good weather also brings people out.

Jauregui lives in the area and has managed eight different stores in the last two years, and said he is happy to be where he is. He’s glad that he and his employees get to see people come in with their families in a good mood, instead of just grumpy people muttering “Gimme coffee” on their way to work. He speculates that it the proximity of the ocean might have something to do with it.

“I like that when you’re feeling overwhelmed, you can head down to the Pier for a bit and just clear your head,” Jauregui said.

And various other locations

Best of the Beach 2018, newsletter