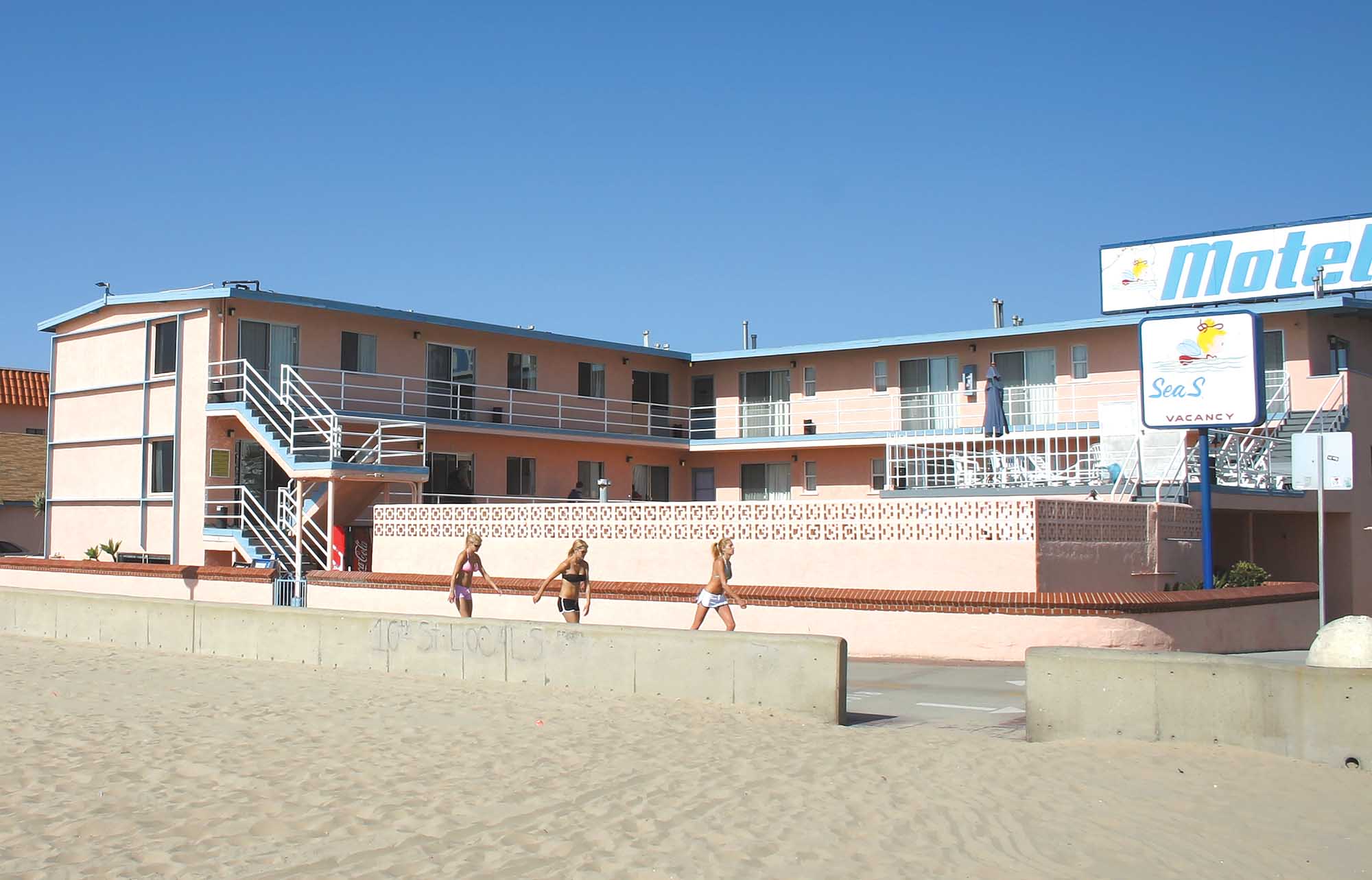 For a few years in the late ‘50s and ‘60s, the Insomniac Cafe offered folk music, books, chess and conversation, powered by an immense espresso machine, on what is now Pier Plaza. Acts such as Odetta and Dave van Ronk performed on its stage, creating a counterpart to legendary jazz spot The Lighthouse Cafe across the street. The Insomniac was pressured to close by city officials, but for years some of its employees and patrons, scattered all over the country, returned to Hermosa for a reunion of sorts. Where did they gather, with their bluegrass instruments and head-spinning stories? The Sea Sprite Motel, of course.

For decades the Sea Sprite has been a coastal oasis for budget-minded visitors, offering affordable lodging, complete with spectacular coastal views. Along with people who have been coming the same week every year, it’s been home to low-budget movie shoots, and its pool was the site of at least one baptism. But as real estate prices in the South Bay climbed ever higher, and the stores and restaurants aimed higher to match them, residents understandably wondered how long the bohemian quirkiness could stick around.

Their questions were answered last fall. Sort of. Darrell Greenwald, whose family acquired the motel in 1964, said they remained the owners, but that Vista Investments took over management of the property  Oct. 1. Vista, Greenwald said, is managing the property for a third party, whom he declined to identify. He said he signed a nondisclosure agreement, and could not say how long the lease was for, or whether it included an option to buy.

Vista, an El Segundo-based operator and owner of hotels, has not returned calls and emails with questions about their plans for the Sea Sprite. According to their website, the company runs a several hotels along the California coast and a Hampton Inn in Glendale. It also has an office in Madrid.

The motel debuted a new website earlier this winter, but for now, the old-school charm appears safe. Greenwald said there are no plans to dramatically alter the hotel, only to “bring it up to date.”

But the pressure is clearly on the Sea Sprite and the few remaining affordable coastal lodgings left in the Golden State. According to the California Coastal Commission, the state has shed 25,000 budget rooms in the last 30 years. The state legislature has taken some action to try to keep places like the Sea Sprite around, but there is only so much they can do to stem the tide of high costs.

Greenwald said his family received constant offers to buy the Sea Sprite over the last 20 years. So why did he finally relinquish control?