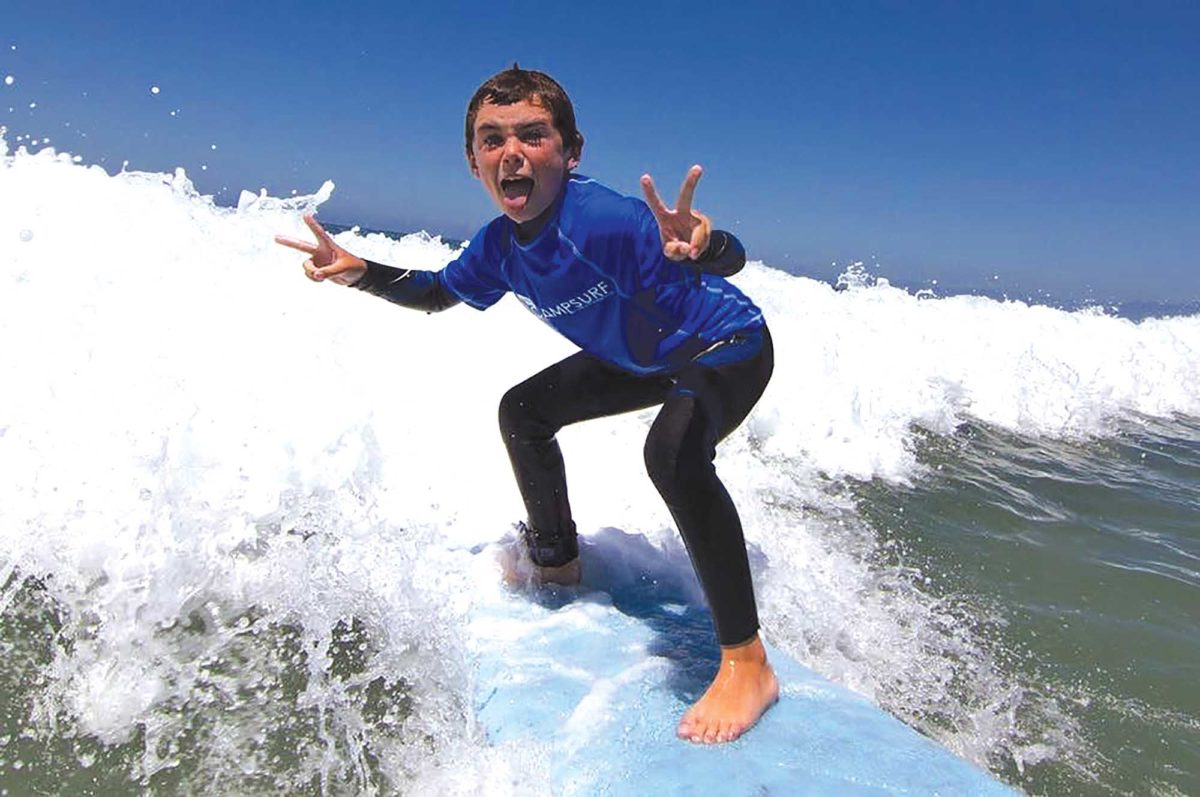 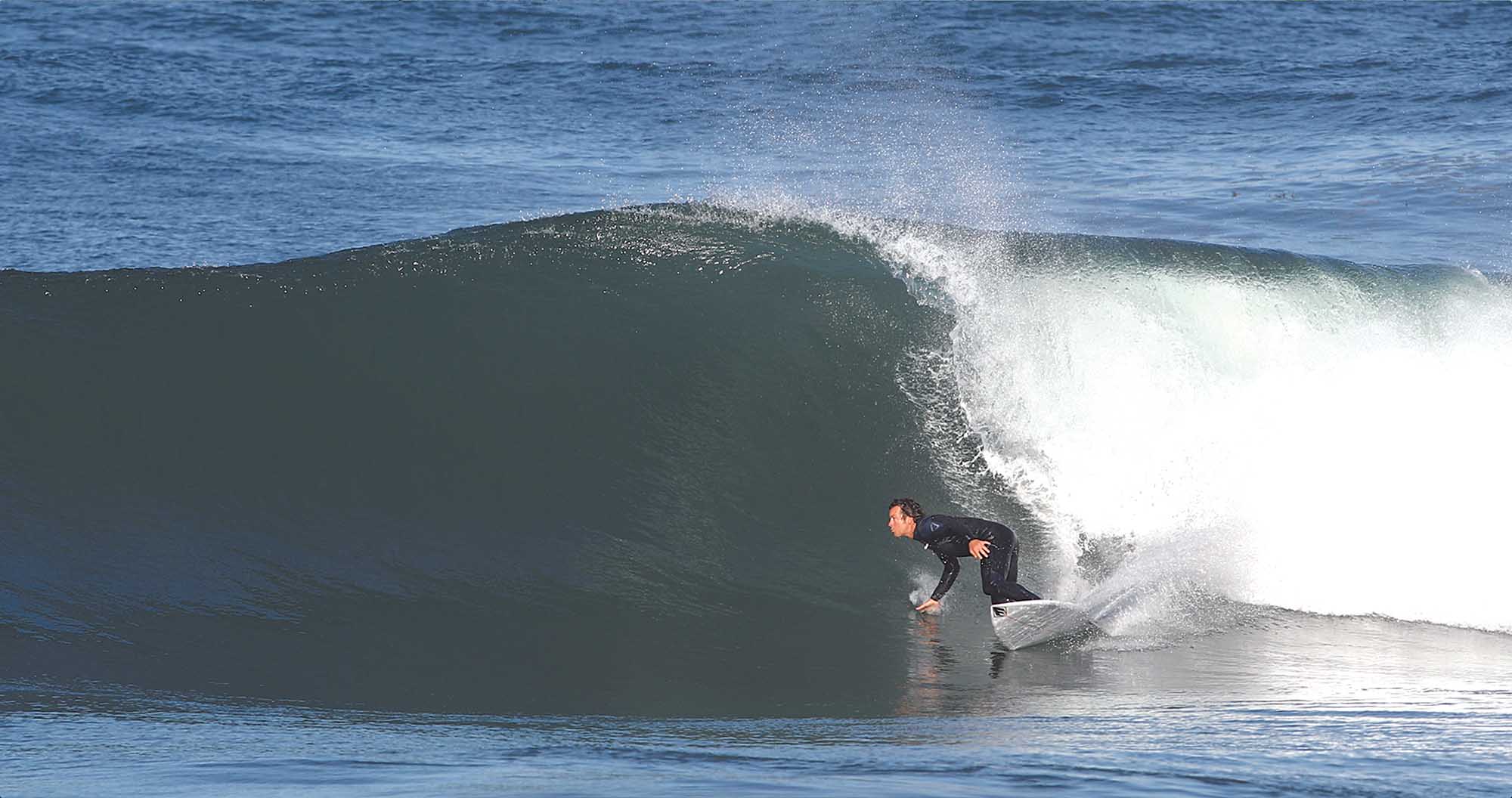 CampSurf director Chris Brown (left) shows what his campers, like the one at right, what they have too look forward to in just a few summers.

CampSurf founder Chris Brown jokes that he learned to surf at the School of Hard Knocks. In Brown’s case, it’s not just an expression.

“When I was a kid, there were no surf camps. You just went out on a crappy, hard board, and got hit in the head until you figured it out. Usually it took upwards of a year,” Brown said.

Fast forward a few decades, and the learning curve is not so steep. Brown and CampSurf, which has been around since 1997, are a big reason why.

CampSurf has become one of the premier places to learn to surf in the South Bay. Over the years, instructors have taught paddling, popping up and power carves for birthday parties, bachelorette weekends and corporate outings. The diversity of offerings has helped them stay successful.

“When we started out, we did camps, but we were more focused on corp events and private lessons. Camps have become a bigger part of the business,” Brown said.

This is in part due to changes in parenting habits. Years ago, in a less scheduled era, kids had fewer options, and what few camps were around were devoted to traditional sports like baseball or soccer.

But it’s also wrapped up in society’s changing views of surfing itself, Brown said.

“How we think of the sport itself has changed. When I was a kid, it was kind of viewed as this outlaw activity, and not necessarily as a healthy thing. Now, people are starting to realize surfing is a very healthy activity, it’s fun and it’s safe. Especially for local kids, this might be something they can do for the rest of their lives,” he said.

This changing view of surfing has been a good thing for people eager to learn. Kids are no longer left to fend for themselves with hard boards that can hit them on the head. CampSurf deploys Wave Storm-style boards. Their soft foam means learners don’t need to be scared about getting bonked, and their size makes them easier to paddle and more stable once students get to their feet.

This summer, CampSurf is rolling out a Groms Camp. Previously, the camp has had a minimum age of seven years. But after years of inquiries from parents, and plenty of pleading from kids with older siblings who have gone through the program, they decided to start a program for kids four and six.

Tweaks and new offerings like these will pop up from time to time, but the secret to the camp’s success, Brown said, is the same as it has always been: quality teachers. Picking them out is a careful process, one helped along by the camp’s built-in talent pool. With more than two decades in the South Bay, many instructors are former students. With kids returning year after year, CampSurf supervisors are able to watch kids grow, and see which ones might some day make good teachers themselves.

“The kids who come to CampSurf and really enjoy it, pretty soon they start asking, ‘Hey, how old do I have to be to be an instructor?’”

At My Gym, birthday parties are perfectly planned especially for your child, with special songs, action-packed activities, games, puppets, and more! In addition to parties, camps and classes for kids aged 6 weeks to 10 years. 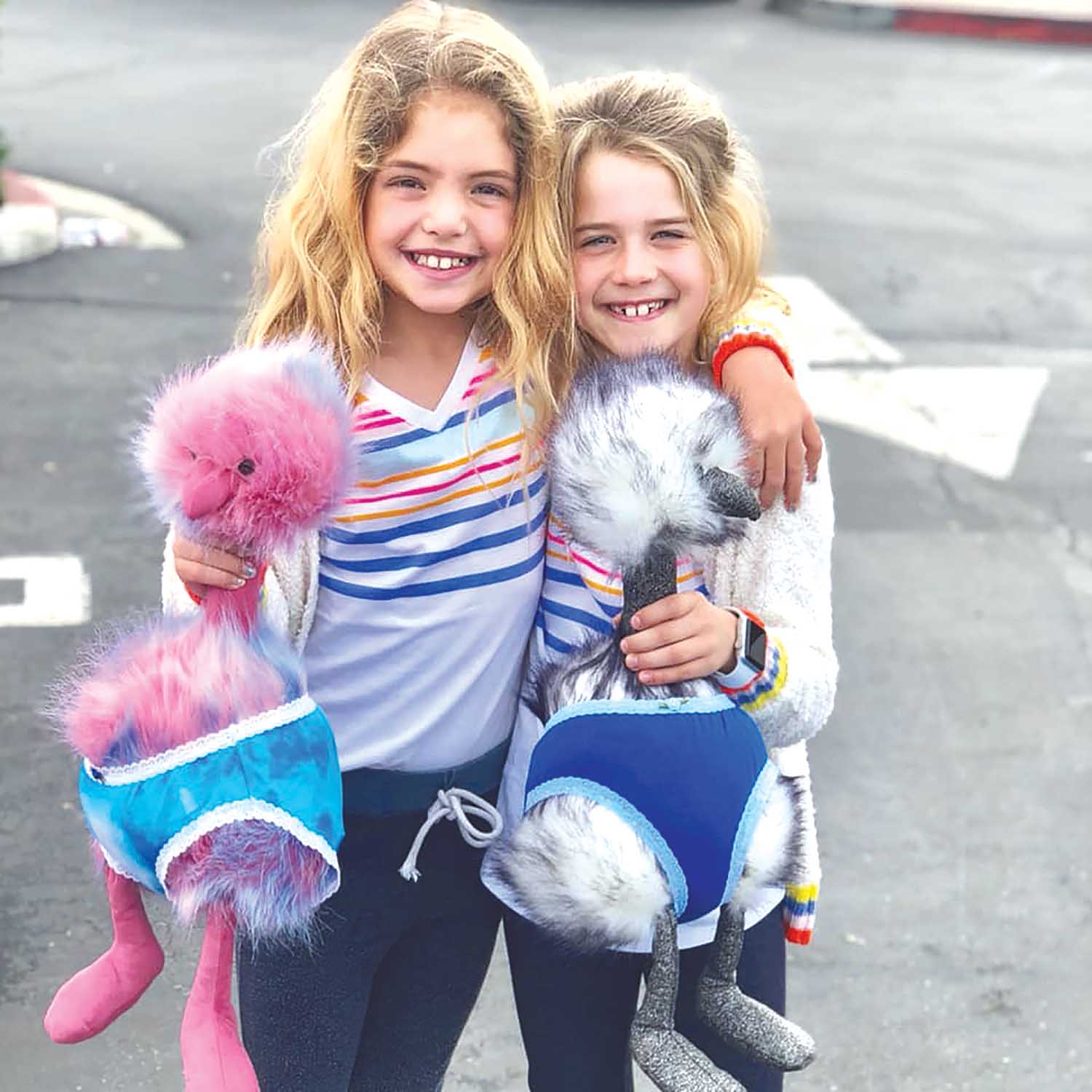 Owned by lifelong Manhattan Beach resident Kris Mackerer D’Errico, Bella Beach Kids is a beloved institution for youth shopping in the South Bay. D’Errico’s customers range from her seventh grade Home Economics teacher to the “little girls” she coached in soccer who are now new moms. “We have such a history in this town,” she said. Whether serving longtime friends, vacationers or new residents, D’Errico offer unique pieces from local and international designers – shoppers have even done their baby registries at the store, which includes strollers, onesies, accessories, frilly dresses and funky wall art for kids. D’Errico enjoys helping new parents decorate their kids’ rooms or nurseries and loves when customers bring back photos to share. “It’s much more than a place to shop,” she said. “We’re part of their lives.”