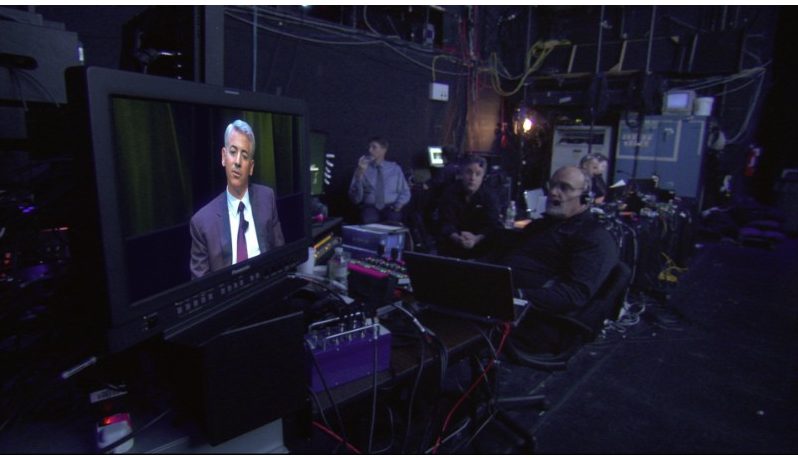 Bill Ackman in “Betting on Zero,” a documentary by Ted Braun.

Betting on Zero, the brilliant new docu-thriller written and directed by Theodore Braun, follows the story of Bill Ackman, billionaire CEO and portfolio manager of Pershing Square Capital Management as he tries to uncover the true pyramid scheme structure of Herbalife, the multibillion dollar firm that, while ostensibly promoting a healthy lifestyle with self-branded diet products, is, in reality, selling a distribution scheme that was based on recruiting others to sell their products. But I’m getting ahead of myself.

Ackman, in 2012, believing that Herbalife was a sophisticated pyramid scheme that targeted the poor and immigrant population with dreams of aspirational wealth, decided to short the stock. In other words, and to the tune of $1 billion, he bet that in proving his allegations the stock market price of Herbalife would eventually fall to zero and Ackman and Pershing Square Capital Management would reap a tremendous bonus, one which he has repeatedly indicated he will donate to charity.

In his clear-eyed portrait of a man who would like to be thought of sympathetically, it is still almost impossible to forget that underlying all of Ackman’s actions is a market decision in which, despite all promises to the contrary, there will still be innocent losers even if the guilty parties go down.

Making this beautifully directed and exceptionally written film all the more compelling is Braun’s use of Herbalife’s own statements and videos. Herbalife, founded in 1980 by Mark Hughes, selling his own manufactured diet shakes out of his car, structured his new company along the lines of a direct distribution and multi-level marketing model. In other words, while he recruited people to sell the product from the home, the real money was in recruiting others to sell the products, in which case the original recruiter would receive a percentage of the revenues of individuals they brought into the company who would then bring in others. This would continue, theoretically ad infinitum, as the “down-line” increased.

Herbalife products are very expensive versions of items that can be found on commercial shelves. Case in point, the shake. Nutritionally there is little difference between the Herbalife product and Slimfast™ except for the price. Even as pointed out by CEO Michael O. Johnson, formerly president of Walt Disney International, the real wealth is in the “down-line.” The more you bring into the company, the more you will profit. Johnson’s motivational speeches are eerily reminiscent of David Miscavige of Scientology. The parallels with the buy-in to the company culture are impossible to ignore.

There are other direct sales companies that have a down-line component. Avon, Mary Kay and Tupperware come to mind. There is, however, a big difference and it’s that distributors make their primary source of revenue from the sales of their product. This is not the case with Herbalife where their distributors, many of whom are already living near the poverty line have an exceptionally difficult time selling their products to the public leaving them in debt to the company, losing their initial investments and more. Compounding the problem further is that there is essentially no down-line in their communities.

Remarkably, Braun uses his camera to let others speak for themselves and heroes and villains do emerge. Carl Icahn, who gleefully buys into Herbalife, not because he believes in the product but strictly because he hates Bill Ackman and wants to see him lose the billion that he has bet, couldn’t be more apparently evil than if he wore a black hat and twirled at long black mustache as the damsel-in-distress awaited her death on the railroad tracks. Discussing his dislike for Ackman, Icahn publicly stated, “I’m telling you he’s like a crybaby in the schoolyard. I went to a tough school in Queens, you know, and they used to beat up little Jewish boys. He was like one of the little Jewish boys crying…” Icahn has found a new haven in the administration of Donald Trump.

On the white-hatted side of the equation are Julie Contreras and Donald M. Brooks. Contreras, a Latina activist has been trying to get justice for the poor, naïve Hispanics, some illegal, who bought into the vision of aspirational wealth that Herbalife was promoting but found no traction in selling the expensive products and lost their life savings. Brooks, a Massachusetts attorney who has specialized in multi-level marketing models (i.e., pyramid schemes) that target the poor, often pro-bono, has taken up their cause.

Even the experts Braun uses to explain the marketing strategies of Herbalife and the shorting position of Ackman, take no sides in the battle of the titans. But their message is ultimately clear, it is virtually impossible for Herbalife distributors, with the exception of the original tier or two, to make any money. At this point, as shown in an excellent visual aid, it may no longer be possible at all to make money with a down-line, as there are no longer enough people left in the world to recruit for the present level of distributors.

Braun has created a veritable thriller as he follows Ackman’s mission to have the FCC investigate Herbalife and its methods. How, one must ask, is this not an illegal pyramid scheme? Is this a battle of egos in which a cause is lost? In the end, there are no winners.

This outstanding documentary, reminiscent of the investigative journalistic style of Going Clear and Citizenfour, is an absolute must-see.