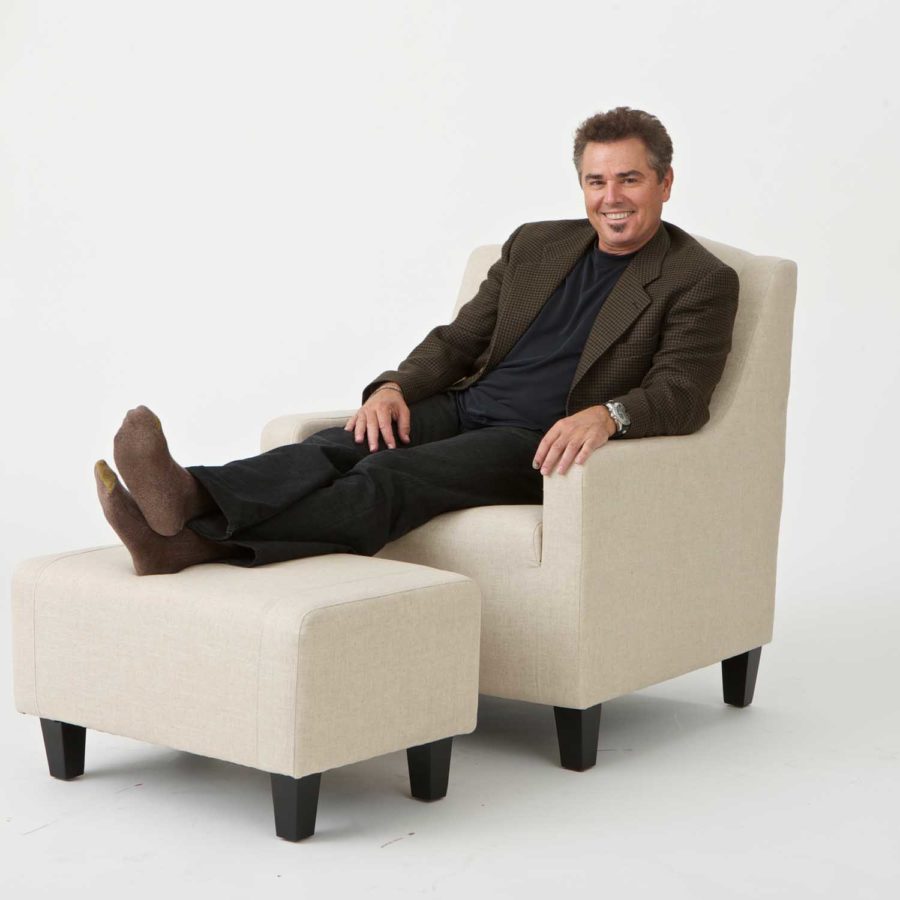 Actor Christopher Knight is best known as Peter Brady on “The Brady Bunch,” which aired from 1969 to 1974. There would be a number of spin-offs, reunion specials, and movies associated with the series, as well. He gained further notoriety with his reality television series, “My Fair Brady,” co-starring Italian supermodel Adrianne Curry, which aired from 2005 through 2008. Knight has lived in the Beach Cities for over 20 years and in his current Hermosa Beach home for 10 years.

But Knight is also known as an entrepreneur in the computer industry, beginning with a “The Brady Bunch” computer game. In 1991, he co-founded the 3-D company Visual Software. In 1995, he founded Kidwise Learningware, which manufactures interactive educational products and in 1998, he founded Eskape Labs, a TV tuner company.

Christopher Knight Home now has operations in China, Vietnam, and Malaysia. Revenues have grown by 100 percent every year in the four years since they partnered with Overstock.com, an early leader in online furniture sales. Other online sites offer Knight’s furniture include Walmart, Target, and Newegg. The company is currently selling 40,000 to 60,000 units monthly.

Tony Cordi is a commercial real estate consultant with The Innate Group. He can be reached at Tony@the InnateGroup.com.