Bringing that blank page to life 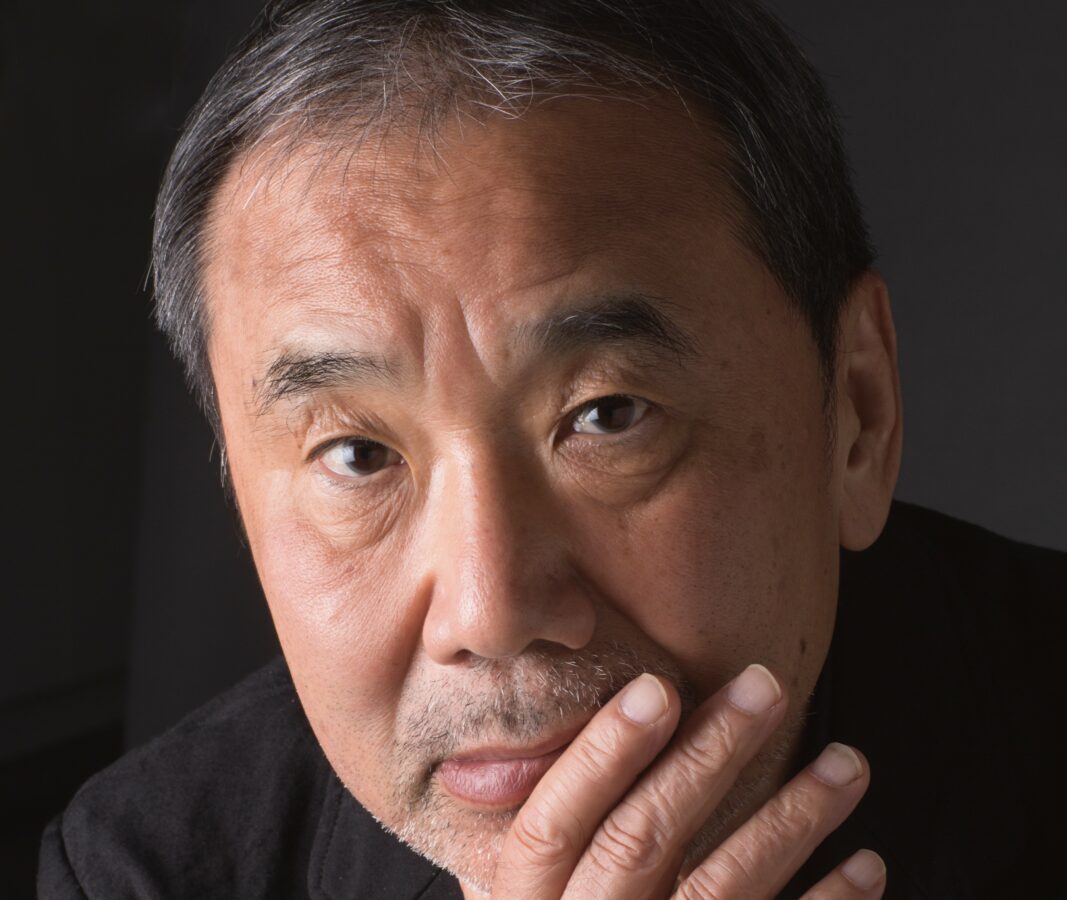 “Novelist as a Vocation,” by Haruki Murakami, trans. by Philip Gabriel and Ted Goossen (Alfred A. Knopf, 208 pp, $28)

With over 20 books available in English, Haruki Murakami is the most widely-read Japanese author in this country. His recent novels include “Killing Commendatore” and “Colorless Tsukuru Tazaki and His Years of Pilgrimage,” but he may be better known for “Kafka on the Shore,” “The Wind-Up Bird,” and “1Q84.” Paradoxically, I’ve immersed myself in the longer works but haven’t yet tackled the shorter.

His many readers may wonder what he’s up to these days, but the first thing Murakami tells us is that this volume was published in Japan in 2015. And if that’s not a little disappointing, we then learn that the first six essays, of the 11 total, were written in 2008 maybe into 2009.

Apart from not saying much about his fiction (and non-fiction), and very little about his life apart from his writing, that might be the biggest drawback.

Ultimately, though, that doesn’t matter a great deal because “Novelist as a Vocation” is more of a pep talk for an aspiring writer, or for anyone else involved in creative pursuits. 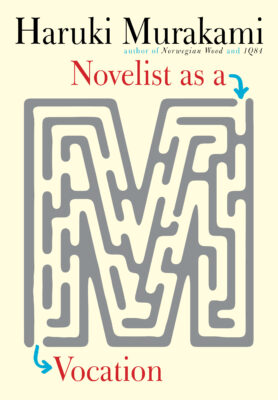 “Novelist as a Vocation,” by Haruki Murakami

Murakami takes a very low-key approach and presents himself as an “aw shucks” kind of guy, someone you could feel at ease with sitting across from him in a coffee shop. Actually, he plays up the modesty thing to such a degree that you sort of wish he’d be a little more authoritarian. Murakami is, after all, an internationally successful author, and so the self-deprecating moments can come off as a bit disingenuous. But we won’t be fooled: This isn’t an ordinary guy.

On the other hand, he’s not talking down to us. So there’s that.

Murakami didn’t go to school with the intention of becoming a novelist. In fact, he’s not at all keen on the education system. He didn’t care for school and he didn’t get much out of it. He says his education came primarily from reading books, devouring them one after another, and not necessarily high-brow books either.

During his 20s, Murakami ran a jazz club in Tokyo, and he worked long days and nights. But as he approached 30, a life-changing incident occurred, and not one we’re likely to have guessed. He’d caught a baseball game near his home, and just when Dave Hilton smacked a resounding double Murakami was struck by the notion that he could write a novel. Just like that. He could write a novel. And so he did, and it’s the one called “Hear the Wind Sing”. Furthermore, he won a prize for it.

Murakami admits to not being a fan of literary prizes, but it’s probable that if his first book had fallen flat he might not have gone on to write another. At any rate, what he says here is, “It’s not difficult to write a single novel. Even a very good novel depending on who you are… What’s really hard is to keep on writing novels year after year.”

That brings us to the heart of the matter, not only for Murakami but for anyone who wants to reach for and accomplish a goal: It takes persistence, and that involves putting one’s nose to the grindstone.

Rain or shine, Murakami puts in the hours, about five or six of them each day. His word count quota is about 1600, and most of it seems to be unpremeditated, winging it so to speak. Other writers may flinch at such a notion, because if you’re writing as you go, spontaneously, there’s a good chance that you’ve thrown in too much or too little or been sloppy where you need to be precise. Not only that. Murakami indicates that a writer doesn’t really need a fixed idea and supporting themes when beginning, but just a writerly ambition. 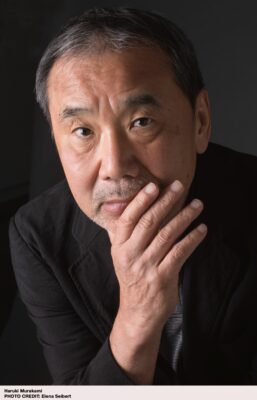 However, after banging out his story, Murakami gets down to business and does two or three revisions, bringing the work into focus, form and content and so on. “From the beginning,” he says, “my intention was to write as if I were playing an instrument… I sit tapping away at the keyboard searching for the right rhythm, the most suitable chords and tones. This is, and always has been, the most important element in my literature.”

Writing well demands discipline and concentration. However, after a few hours, concentration tends to drift, and at that point, or rather just before it kicks in, it’s best to call it a day. But if it’s still only early afternoon, what does Murakami do with the rest of this time? In his words, “napping, enjoying music, reading innocuous books.” But also, “every day I spend about an hour outdoors exercising. That sets me up for the next day’s work. Day after day, without exception, I repeat this cycle.”

Essentially, then, it’s all about stamina in body and mind. “You need to become robust and physically strong,” Murakami says, and in fact one of his non-fiction books is titled “What I Think About When I Talk About Running: A Memoir.” In addition, being mentally tough gets one through the ups and downs, because invariably there will be setbacks and even failures. One has to take it on the chin sometimes and just plow ahead.

Despite his success, plenty of criticism has been lobbed at Murakami’s work, which he says he’s able to shrug off because “I know at the physical level that I cut no corners in the writing; that I gave it all I have.” However, that didn’t keep him from going abroad to live when the criticism from within his own country got a little overbearing.

Nonetheless, he says, write what you enjoy, and do it for yourself. But when opportunities arise to further your career, seize the day. No one will read your novel if it sits in your desk at home.

“Even now,” Murakami writes on the last page of “Novelist as a Vocation,” “I’m still developing as a writer, with the scope, maybe, or potential, for growth still (nearly) unlimited.”

For someone seeking insight into the writer’s trade, and what it takes to get started and to stay in the game, Murakami shares how it’s worked out for him, which is remarkably well by any standard. ER

Haruki Murakami, Novelist as a Vocation