Buy-and-hold and other bad ideas 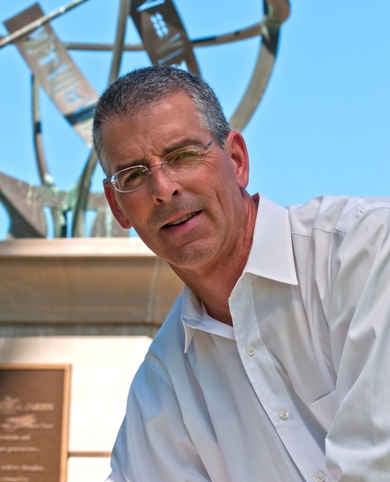 The biggest mistake an investor can make today is, without a doubt, selling stocks and buying bonds

In 2005, I wrote an article for TheStreet.com titled “Protection Against a Housing Collapse.” I was a real estate bear probably two years early, but ultimately it played out how I feared it would. I was worried about the excessive speculation in real estate and the poor lending standards of our major institutions. My views were definitely unpopular and I was in the minority.

The housing bubble is the primary cause of our present economic problems, and there is plenty of blame to go around. The lenders were irresponsible, as were the homeowners who bought homes they couldn’t afford. And, it was all fueled by the Federal Reserve keeping interest rates too low for too long. In addition, our government took pride in home ownership being at all-time highs. The bubble was driven by home prices being at artificially high levels and the aftermath has been ugly. Fed officials acted irresponsibly by refusing to even acknowledge the bubble — they missed the Internet bubble a decade ago too.

Some argue that we are better off now than we were five years ago. I could as easily argue we are worse off. We have simply transferred debt from the public sector to the government side of the ledger and haven’t improved the economy. All the Federal Reserve did this time around, by keeping interest rates at rock bottom levels, was fuel another stock and bond market bubble. The stock market doubled off the lows in early 2009, so the rich got richer and the poor have gotten poorer. We’re still looking at sky-high unemployment and a stagnant economy. Home prices are still sliding and there is little confidence that prices will soon stabilize. I think there is a general malaise in the country as a result of the housing disaster. Furthermore, you’re now seeing signs of social unrest around the world. We might not feel it in Palos Verdes or surrounding cities, but it is a crisis and something we have yet to deal with effectively.

It may not be over yet but opportunities abound

In April, I gave a talk to the Palos Verdes Breakfast Club about the current state of the economy and the markets. I don’t know if any members took my advice to greatly reduce stock positions, but I tried to lay out what I thought were some strong arguments. I also told the group that I had basically sold all the stocks in my discretionary client accounts in late December of last year and had purchased long-term Treasury bonds. I felt the economy was going to weaken and corporate profits were peaking. Stocks are a lot cheaper than they were in April, but they still aren’t a bargain. And, the long-term Treasury bonds I had bought earlier this year were sold in August at a nice profit. Given the hefty declines in the market in the third quarter, I have recently (earlier this month) begun to venture back into stocks, having hopefully avoided a large portion of this global bear market. Some of the investments I have recently purchased for clients are Vanguard High-Yield Dividend (VYM), iShares Dow Jones Select International Dividend (IDV), iShares Germany (EWG), iShares France (EWQ), Wisdom Tree Emerging Markets Equity Income (DEM), Vodafone (VOD), AT&T (T) and Total (TOT). All of these holdings pay attractive dividends that can provide an income stream for investors. In addition, given the recent decline in the markets, these holdings all offer decent upside potential too.

Buy-and-hold is a flawed strategy

In a bear market, investors often question a buy-and-hold strategy. They should and I would take it a step further. If you own individual stocks, then buy-and-hold is not a good strategy in any kind of market. That’s obvious because many companies do not prosper indefinitely — witness the fall from grace of many former “blue-chip” companies like General Electric, General Motors, Bank of America, Eastman Kodak, Ford, Alcoa, AIG and Citigroup. And, your chances of picking the few winners that will prosper for decades are probably not good. So, if you own individual stocks you had better have a real good idea as to why you own them and what would make you sell.

A buy-and-hold strategy for retirees or elderly investors is definitely flawed. And, it doesn’t matter if you own individual stocks, index funds or actively managed stock mutual funds – you cannot buy-and-hold any of them with any degree of comfort. If you are 70, with a life expectancy of perhaps 10 years or more (perhaps less?), you have minimal time for share prices to recover. Ten years may seem like a long time, but remember, there is no guarantee that markets won’t move sideways or down for an extended period of time. The S&P 500 is still down some 25 percent from the high it hit in early 2000. We may well have another disappointing decade. For retirees, I recommend income-oriented investments like dividend stocks, REITs or corporate bonds, but I certainly wouldn’t advise a buy-and-hold stock strategy. If the last decade has taught us anything, it is that the market can, and will, move from one extreme to the other (over- to undervalued or vice versa). Ideally, a semi-active investor would hope to capture a nice portion of the gains during a bull market and protect them prior to entering a bear market. Yes, this is much easier said than done, but sitting in stocks (buy-and-hold) at extreme valuations (i.e. 2000 or 2007), without any attempt to control risk, should not appeal to anyone with a relatively short time horizon or life expectancy.

Returns over the last 12 months have been favorable

Given my belief that we have already been in a global bear market for much of this year, the biggest mistake an investor can make today is, without a doubt, selling stocks and buying bonds. If you currently own individual bonds with a set maturity date and there is no default, you’ll be fine. But, if you own bond mutual funds that own intermediate or long-term bonds (the fund has no effective maturity date because it probably owns hundreds of bonds) you should be careful. I do believe that we are near the end of a very long-term bull market in bond prices. Yields are now so low that many bond mutual fund investors may lose money going forward, as yields inevitably rise (at some point) and prices fall. Most investors, assuming they are not heavily weighted in stocks right now and have cash reserves, should be looking to buy solid dividend-paying stocks at present levels or lower, not bonds. If you did not sell stocks prior to the start of this bear market (the market peaked in May), then it is probably too late to sell and you will be better off simply riding out the volatility. If you do sell now, you would simply be locking in losses with no shot at recovering. Having said that, nobody knows how much further the market could fall, so be prepared for perhaps more damage before a sustainable recovery begins.

Despite the recent damage in the stock market, most investors should still be looking at decent returns over the past year. If you had a balanced portfolio, your bonds should have performed very well while your stocks have declined. For most of my discretionary accounts, I think I am up close to 15 percent over the past year or so, and a good portion of that return has come in 2011. I don’t report composite performance numbers, and returns vary per client, but it has been a good run. Having recently purchased stocks anew, I am hoping for a nice year-end rally that will carry us into early 2012 and beyond. PEN

Stuart Chaussee is a regular contributor to Peninsula People on financial matters. The Palos Verdes High and UC Berkeley graduate is a Rancho Palos Verdes resident and has been managing money for individual investors for the past 25 years. In addition to running his fee-only practice, he is the author of three investment books, including the award winning Advanced Portfolio Management: Strategies for the Affluent.