“Candide” – tragedy with a smile at Long Beach Opera 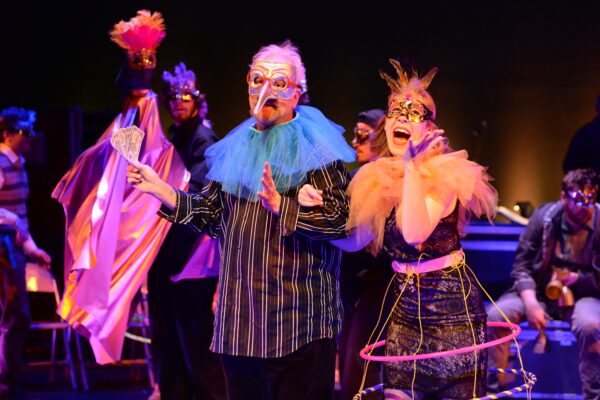 Clowning around with “Candide”

Composed in the mid-1950s and fussed over during the remaining decades before his death in 1990, Leonard Bernstein’s handling of Voltaire’s 18th century novella (“a comic vision of disaster” is how Matthew Hodgart phrased it) is quite a romp, and perhaps more so in David Schweizer’s staging of it for Long Beach Opera (LBO). There was one performance last week and there are two more coming up real quick this Saturday afternoon and evening.

Voltaire set out to satirize the notion (being bandied about at the time by Leibniz and his followers) that ours is the best of all possible worlds and the best of all possible times. However, wars, religious persecution, and natural catastrophe, such as the earthquake that leveled Lisbon, seemed to point in the other direction. So, Leibniz was morphed into Doctor Pangloss (Robin Buck) and his students fed a pablum that started them off on life’s big adventure but on the wrong foot.

“Candide,” then, is something of a coming-of-age story, with the title character (Todd Strange) a bit like Pinocchio or Baron Munchhausen with a pollyannaish outlook. He’s in love with Cunegonde (Jamie Chamberin), a young woman from a higher social class, and spends much of the opera pursuing or pining for her. The work is arranged into a series of misadventures that take our misguided but hopeful hero to many places in the world… where unpleasant things befall him. 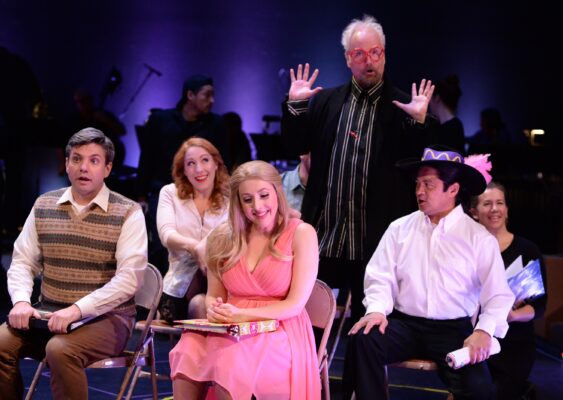 Long Beach Opera’s production, with its rampant buffoonery and stylization, seems like an offshoot of the commedia dell’arte mixed in with the carnivalesque, and from the very start, while the overture is played (the company is fortunate to have conductor Kristof Van Grysperre), singers and stagehands are seen fluttering about, moving props or preening themselves as if with no regard for the audience that is now scrutinizing their every move. But that’s essentially to tell us that this will be a light-hearted and informal show, an entertainment as much as an opera (or operetta), and it certainly is that.

Good things and bad things emerge. There are no subtitles (these things can distract, true, but they can also help a great deal) and the words being spoken or sung are not always discernable. Also, the performers wear many hats, and in a production with movable props rather than sets it can be confusing as to where our characters are at a particular time or place. That’s actually a roundabout way of suggesting that one come in as prepared as possible or else run the risk of being confused. Never a good thing, right?

This reviewer found parts of “Candide” to verge on the silly rather than the witty or humorous, but there’s a lot of inventiveness here as well, some of it courtesy of the Rogue Artists Ensemble Puppeteers. In between the zaniness there is a fine cast of singers, many of them company regulars such as the effervescent Chamberlin and, as the coquettish Paquette, Danielle Marcelle Bond (both women shared the lead role in LBO’s recent “Forever Marilyn”). Roberto Perlas Gomez as Maximilian, Suzan Hanson as the one-buttocked Baroness, as well as the aforementioned Buck, are also frequent artists with the company. 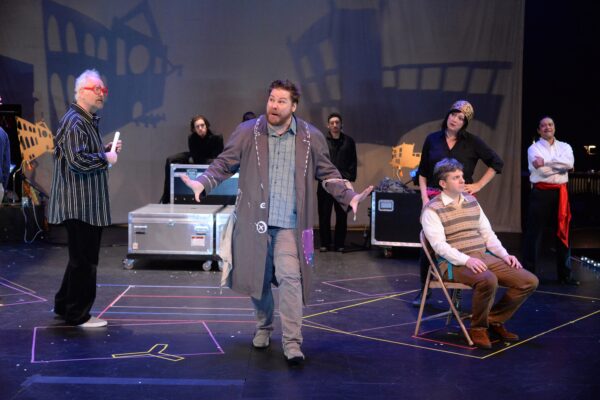 Arnold Livingston Geis (as the Baron and others) is a new face but already with many credits to his name, and he’s appearing this March in LBO’s forthcoming “Fallujah.” Perhaps most entertaining of all, certainly in the second act, was Zeffin Quinn Hollis as the Minister.

“Candide” lends itself to being performed in different settings, and this rendition most likely would have worked as well presented in the round. With all that tomfoolery taking place onstage, the Center Theater seems slightly austere. A playground or a circus tent, perhaps? Ah, now we’re talking. It’s that kind of show.

more from Lovesindoom - 7 hours ago

more from Stewart Title of California., Inc. - 4 days ago

more from Best In Class Education Center - Torrance - 2 weeks ago