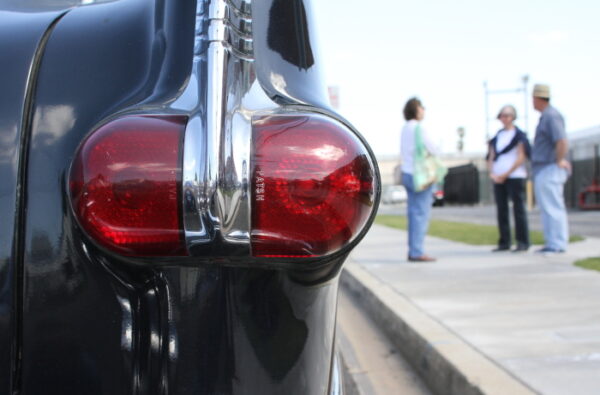 Folks gather outside the Automobile Driving Museum near a 1932 Packard 900 CPE. Photo by Ed Pilolla.

Jeff Walker has heard many times before that his Automobile Driving Museum in El Segundo is a secret worth knowing about. Last week was no different.

“This is a collection I had never heard of,” said Harry Krueckeberg, a new visitor from Colorado, as he walked between a Packard and a Desoto.

Krueckeberg, 78, has restored a couple of cars himself, and traveled to car museums throughout the country and even one in France. He and his son were simply driving by during a trip to California and spotted the hot rods out front of the museum on Lairport Street, so they decided to stop in. 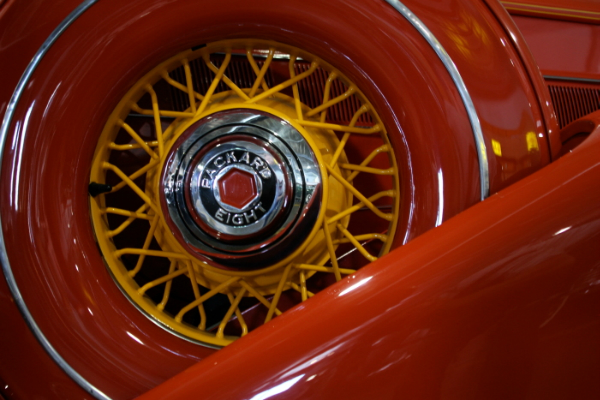 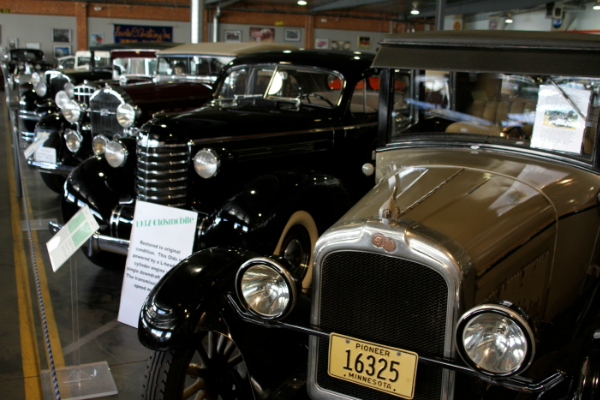 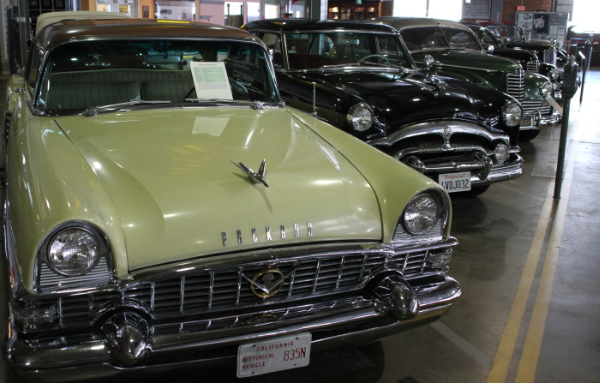 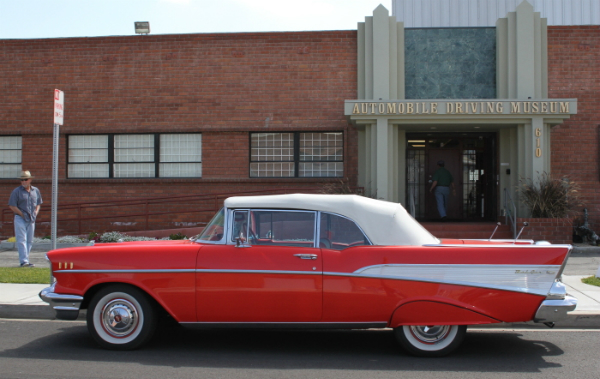 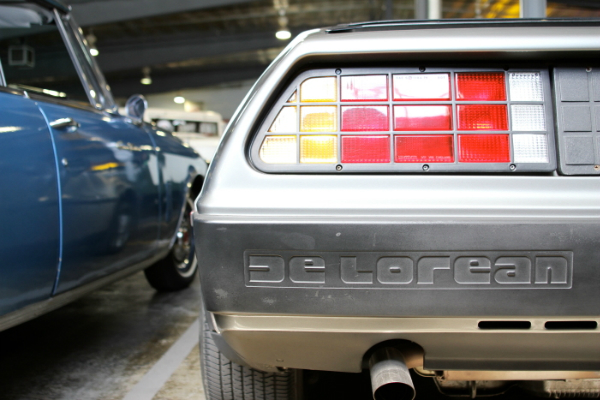 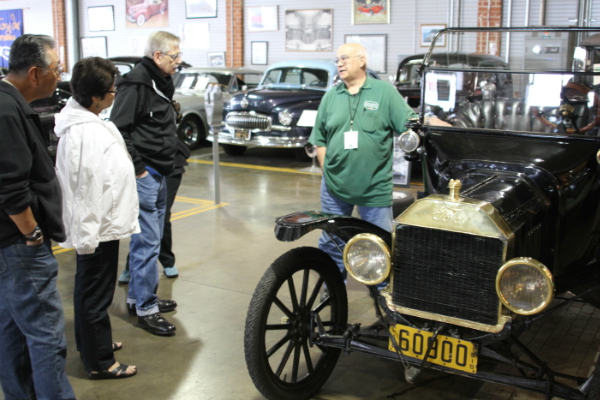 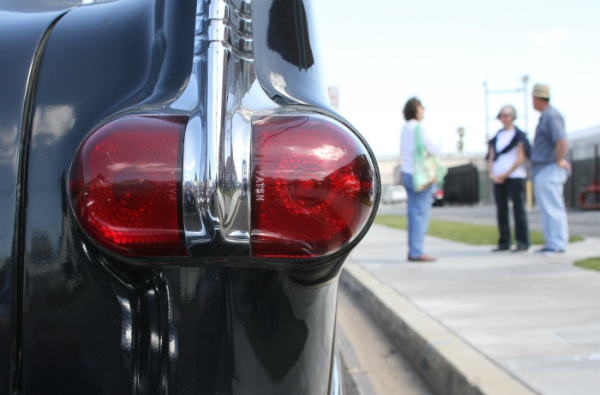 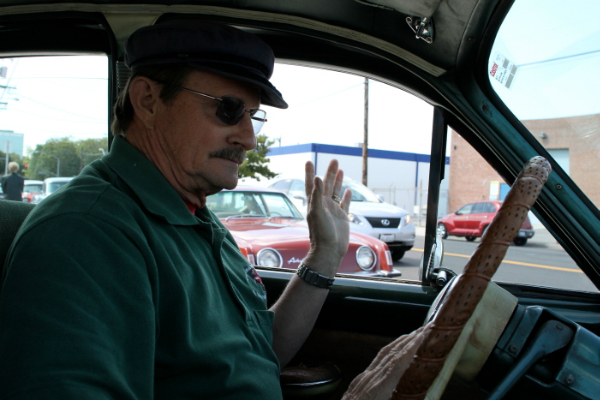 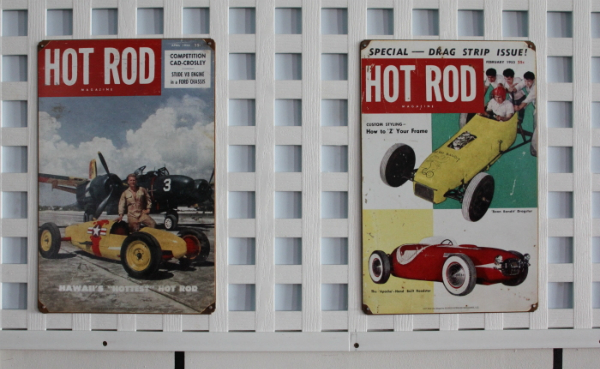 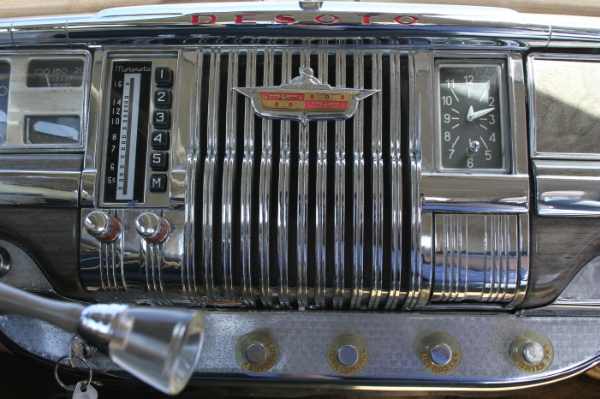 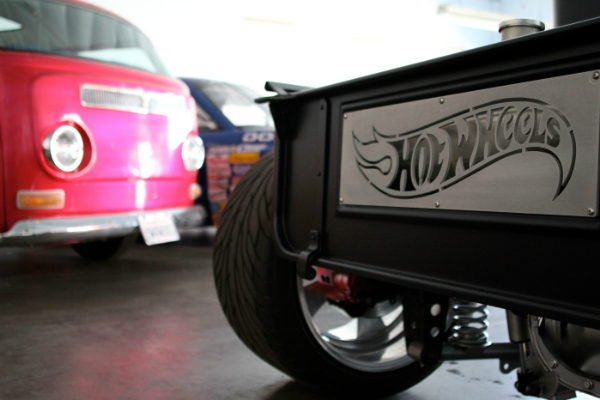 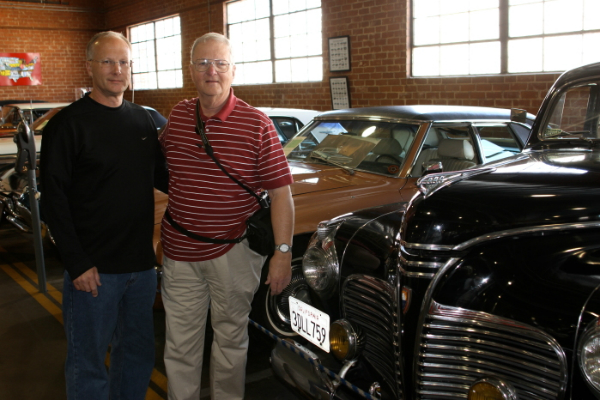 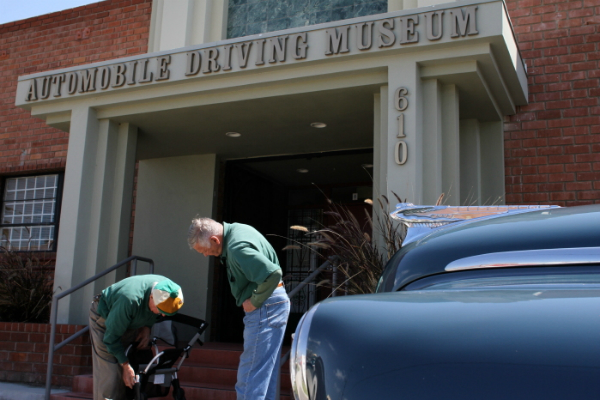 “I’m a Chrysler fan myself so can walk past the Packards fairly easily,” Krueckeberg quipped.

A visitor would have to walk past 137 old-time vehicles to see everything inside the museum, which has been in El Segundo for five years. And soon that number will be increasing because the museum just contracted with Mattel and Hot Rod Magazine to showcase a rotation of hot rod cars and full-size Hot Wheels automobiles.

“We are creating a car culture here,” said Walker, the museum’s executive director. “Car clubs have their meetings here – and nothing is more rewarding for us than when there’s conversation going on between [different] clubs about what eras were the best design.”

So far, that discussion has been among, well, older gentlemen. Walker hopes that changes with the addition of the hot rods and Hot Wheels. The hot rods are a collection of personal cars of David Freiburger, editor in chief of Hot Rod Magazine. Hot Rod began publishing in 1948 and is the oldest magazine devoted to hot rodding. 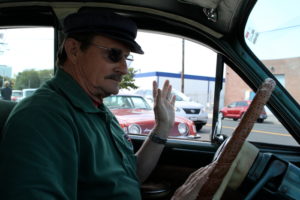 Glen McWilliams, a docent at the Automobile Driving Museum, drives a 1952 Kaiser Manhattan into the street. The museum offers rides on Sundays from 10 to 3 in exchange for a requested donation of $5

“We went to them and said you can’t really have people go into your studios to see the cars because they are your studios. Why don’t you let this stuff come out here and let the people see the stuff?” Walker said.

Both exhibits are scheduled to be open to the public May 1.

“People come in here, they don’t know what to expect,” Walker said. “Then they love it, they see we’re trying to do something different. And they go back and evangelize it to friends.”

Last week, the mechanics in the museum’s restoration shop in back were “de-tuning” a ’70 Dodge Challenger to make it street legal and fixing the wiring system on an old Mercedes as well as restoring its leather and wood.

Back in the day, he said, bonding with an automobile was different than it is now, and so was driving.

“When I drive a ‘50 Studebaker, I’m not texting because I’m shifting gears,” Walker said. “I’m working the overdrive, the kickdown. I got to cancel out my turn signals. And I get really bad now in a modern car because I get too lazy. I’m not alert. Today, the cars are platforms. The kids aren’t driving them. The cars are driving the kids.”

“What was fun for me when I worked on my ’41 Plymouth was I could tear down things, transmissions, carburetors, fuel pumps, and all types of stuff. I enjoyed doing it. It wasn’t that complicated.”

Krueckeberg’s son Tim, who owns drive-through restaurants in Virginia, said some of the kids who work for him say they are saving their money to have a mechanic install a car part, such as a starter for $325. He encourages them to keep costs down by purchasing the item at a car parts store, and he has even asked customers who are car aficionados to show his employees how to install car parts.

The driving museum is funded through donations but mostly from private events, including weddings, birthday parties and corporate events.

Every last Friday of the month is cruise night, which attracts about 150 collector cars and as many as 600 people. And the museum offers Sunday rides in various classics from 10 a.m. to 3 p.m. as well as guided tours through the museum, with a suggested donation of $5.

This last Sunday, while folks were taking rides outside, Eunice Morita was inside receiving a tour. She noticed the wooden handle on the side of the 1903 Pierce Stanhope, an automobile with wooden wheel spokes.

“What’s the crank for?” Morita asked.

“That’s how you start it,” said Wayne Singer, a tour guide. “That’s how it was done back then.”

And that’s what the museum is all about: How it was done— from the Stanhope to a ’48 DeSoto to the soon-to-open Hot Wheels and Hot Rod exhibits, and so many vehicles between.