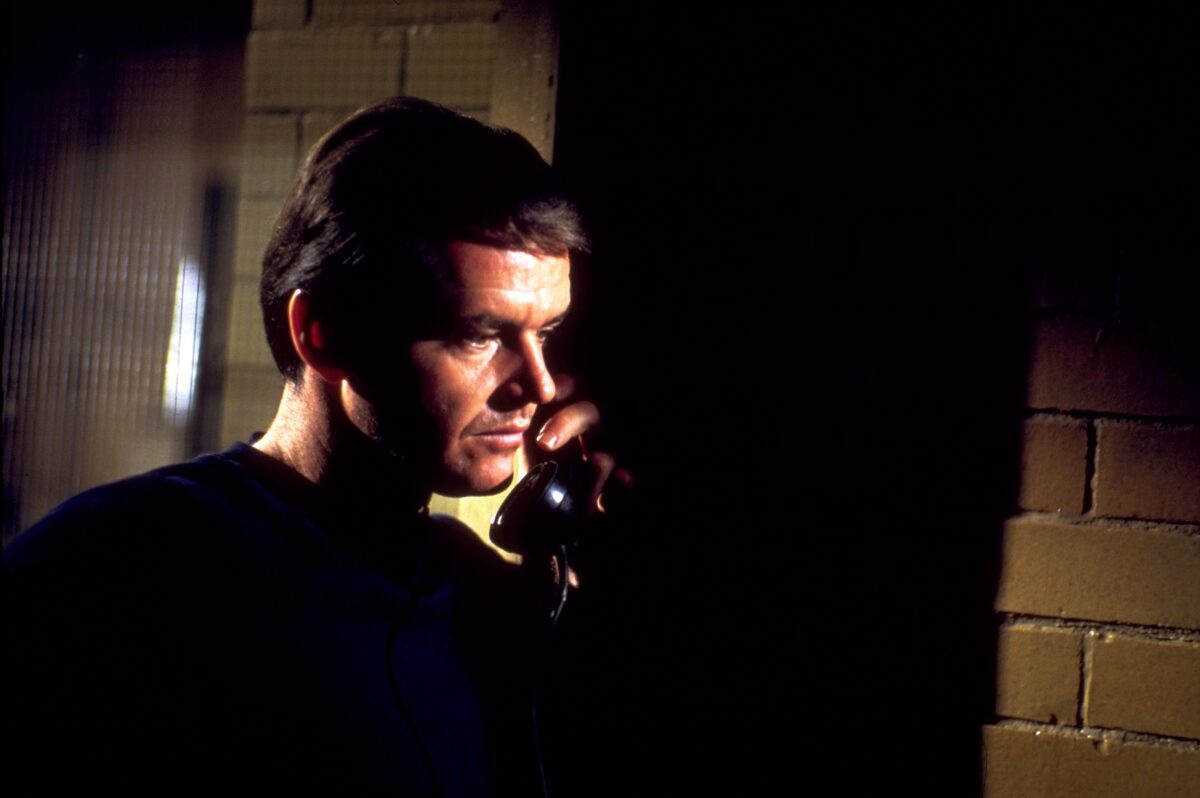 “Carnal Knowledge,” now being re-released by Rialto Pictures in a new 4K restoration, is as searing today as it was when it was released in 1971. Directed by Mike Nichols and written by Jules Feiffer, the film follows two college roommates through decades of sexual triumphs and failures. It is significant to note that nowhere in that description is the word “love” to be found.

An in depth exploration of male toxicity before that term was ever coined, Feiffer and Nichols were totally in sync with a vision that excavates the roots of malignancy sometimes found in sexual relations. Originally conceived as a stage play by Feiffer, one can see his scenario laid out on a storyboard, much like his famous Village Voice cartoons, as a series where two stylized male caricatures discuss their conquests over the years, becoming older and more disturbing as their internal poison manifests itself externally. Suggesting that Nichols might consider directing this as a play, he was surprised but fully engaged when Nichols, instead, envisioned it as a film. As Nichols said to Feiffer, he wanted to see these men in close-up; track the despair in the eyes that gave lie to their words. 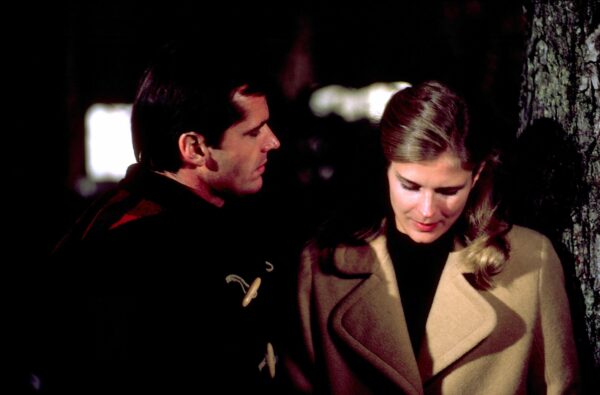 The story of Jonathan and Sandy spans decades, beginning in the post World War II period where they are roommates at Amherst College. Music, like so much in life, pinpoints the era with a selection of Big Band hits popular at the time. Costume design doesn’t just define the time period, but it also defines the characters of our leads. Talking about past sexual experiences in their small dorm room twin beds, Jonathan is shirtless and presumably bottomless and Sandy sports a full set of button down pajamas. This is who they are and who they shall remain. Their female ideals are as different as boxer shorts and dressing gowns. For Jonathan, the perfect woman would be defined by her large breasts, perfect ass, and long legs. For Sandy it is her intellectual soulfulness and big breasts.

Ivy League colleges at the time were single sex (Amherst did not admit women until 1976)  so mixers with one of the sister colleges was arranged. Impassively and dispassionately observing the action, of which there was very little, Sandy zeroes in on a beautiful, patrician co-ed, Susan. It is implied, but unspoken, that Sandy is Jewish and Susan would be the proverbial Shiksa Goddess. Egged on by Jonathan, Sandy attempts contact but awkwardly retreats, unsuccessful. Jonathan indicates that he’ll be more successful, spurring Sandy to try again. It is a truly graceless moment characterized as much by his inability to string together a coherent phrase and the fact that it is Susan who initiates the encounter. Behind the scenes, it is Jonathan who instructs Sandy on when and how to make his various moves, from first kiss to first feel. As he slowly progresses, with Susan leading the conversation, the moves, and the philosophical nature of life as they should desire it together, Jonathan’s covetous nature emerges more fully. It may be that he envies Sandy’s passionate, if clumsy, pursuit of Susan, or perhaps it’s just a matter of proving he can best his friend, but soon he is chasing after Susan himself. Using clues to Susan’s interests gathered from Sandy, Jonathan hones this campaign to a fine edge, successfully seducing her before Sandy has even gotten to third base. Startlingly, Jonathan finds that he may actually be in love with Susan and demands that she end her relationship with Sandy, something she finds impossible to do. Susan, satisfying two aspects of her personality, feels that it’s up to Jonathan to reveal the truth to Sandy. Jonathan, unable to get her to bend to his will, declares her a classic ball-buster, a term he uses forever after for all women. All his losses are the fault of others.

Welcome to a major underlying premise of “Carnal Knowledge” —  men who are trapped in a macho stereotype that devolves into misogyny when they are unable to progress past their preconceived notions of male/female relationships. Jonathan losing Susan to Sandy when she presumably chooses the more secure path, only solidifies his bitterness toward the opposite sex. But there may be more behind her choice of the deceptively sweet Sandy. He actually has no opinions of his own, which will become clear as the years progress, but is willing to adopt her ideas, making him much more attractive to her because he’s giving off the appearance of actually listening to her. He’s not, but not out of a lack of respect; he actually has no original thoughts. He does what’s expected of him, from the college he attended, to the career in medicine he followed, to the marriage, children, and lifestyle that was acceptable.

The years progress, and the men don’t. Sandy falls in and out of love with different women, marrying some, living with others, always assimilating their opinions as his own, from the Park Avenue ball buster (and in this case it’s apt) to the much younger hippy girlfriend who, according to him, is teaching him to live.

Jonathan, successful in his career, has had a number of affairs but all have been women who either wanted his money or his balls or both, telling Sandy, “Women today are better hung than the men.” Finally, with Sinatra’s “Dream” (1960) playing in the background, he meets Bobbie, a model famous for her print and television spreads. He has finally met and bedded his ideal woman as defined by her breast size, ass, and long legs. His intellectual and emotional needs are negligible, all contributing to his increasing lack of intimacy. Bobbie, depressed and alone in the relationship, confronted with his refusal to commit and his sexual inadequacy that he blames on her, forces the issue with a suicide attempt. Anger, bitterness, fear, self loathing all force him into a marriage that was always doomed to fail when it relied only on physical attributes. Chalk another one up to ball busting. And as Sandy continues to drift to younger women, always adjusting his persona to theirs, Jonathan, now quite wealthy, recognizes the hollow shell he has become, forced to pay for the sexual gratification he can find nowhere else.

Brilliantly directed, Nichols focused on closeups to reveal character, aided enormously by Feiffer’s incisive dialogue and story. The rat-a-tat speed of the lines spoken by the actors is like the voices you hear in your head when trying to come up with the perfect retort. And the actors! Nichols coaxed performance from his actors that underscored the faith he had in casting them. Jack Nicholson, Jonathan, was a relative unknown at the time. Nichols had been entranced by his breakthrough performance in “Easy Rider” and was convinced that he would be the next Brando. The bitterness of his character was evident from the beginning but it’s the subtle vulnerability that underscored his anger and impotence. Nicholson has since shown his greatness in dozens of films, but while some may be equal to this performance, none have been better.

Art Garfunkel was remarkably effective as the ambivalent, malleable Sandy. Taking this role effectively ended the musical partnership with Paul Simon, but he felt it was a risk worth taking. He was good enough that more roles should have followed, and curiously, very few did.

Candice Bergen is outstanding in her portrayal of Susan. Her ability to hold the screen is remarkable and she plays Susan as manipulated by Jonathan but not his victim. Intellectually superior to both men, she was a full participant in her seduction, in a way that ruined the feeling of conquest fueling Jonathan’s every move but intrigued and ultimately defeated Sandy. Bergen’s Susan was the quintessential modern woman surrounded by neanderthal cavemen. Special mention must be made of a monologue that devolves into hysterical laughter. So strong is her portrayal that her presence is felt long after she disappears from the screen.  Bergen had a very successful career in film in television but for me, this is a defining role. Nichols brought out subtleties that had been missing previously.

Ann Margret as Bobbie was revelatory. She was no one’s first choice for this role but she fought for it because she knew she was right for it. Her audition lay to rest any hesitation that Nichols, who had reached out unsuccessfully to Raquel Welch, Karen Black, and Jane Fonda, had. It is impossible to visualize any of them in the difficult role of a vulnerable woman who feels that at 29 she is past her prime. Ann Margret is gorgeous beyond belief, with a perfect body, beautifully sculpted face, and haunting eyes. Her voice has a natural tremor that would break your heart, and does. This was the film that changed her career and broke her out of the stereotypic sex kitten roles for which she had become known. In a sea of memorable performances, my money is on this one.

And finally, and it is final in terms of the film and in terms of its defining moment, Rita Moreno plays Louise, Jonathan’s sex of last resort when impotency has taken over mind and body. Moreno’s purr as Louise  is her livelihood, but look into her eyes, just her eyes, and you recognize the self-loathing of her character. The scene with Louise is on screen for a very short time but in those few moments, Moreno has given a full blown (I guess the pun is intended) characterization of the third and final woman in Jonathan’s life.

Shockingly, this picture and almost everyone in it was ignored during awards season. Only Ann Margret was nominated for an Academy Award. It was a very well-deserved nomination for an actress whose previous roles had made her less than a sex pot with a good singing voice. But what of Candice Bergen, whose role anchored the film; or Rita Moreno whose portrayal of a prostitute servicing her client as much with her voice as with her mouth; or Jack Nicholson who rocketed this picture to the heights it achieved? And Nichols? And Feiffer?

Special note needs to be made of the production design by Richard Sylbert who made the subtle changes to the set that established timeframe. Giuseppe Rotunno, the cinematographer, used extreme closeups that defined character, creating a sense of claustrophobia for the viewer.

If you saw this film before, see it again. If you’ve never seen it, you must. It may have been released in 1971, but it speaks clearly to us today. As the French say, “the more things change, the more they remain the same.”