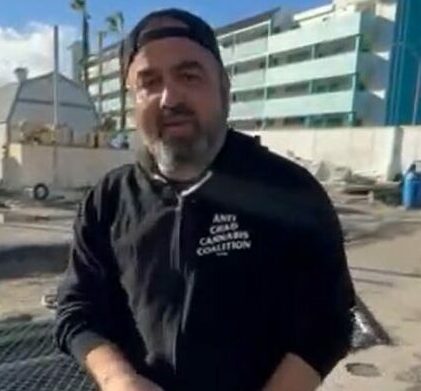 Catalyst Cannabis Co. has announced plans to open a community center at the former S.E.A. Lab building, leasing it on a temporary basis – until owner Leo Pustilnikov gets permits to build a new commercial and retail project at the site named “Ten21 Harbor.”

Elliot Lewis, CEO of Catalyst, leased the entire S.E.A. Lab building this week, and almost an acre of land behind it.

“When I get the permits, I take back the land to build,” said Pustilnikov.

If and when Ten21 Harbor is built, Catalyst will move its project inside the S.E.A. Lab.

“This is a community center; we’re going to do farmer’s markets, we’re going to do education, we’re also going to do all our community outreach,” Lewis said in a video posted online Tuesday. “And all the uplifting of Redondo Beach and the rest of the South Bay where there’s need… we’ll also clean the beach…”

Lewis and Catalyst were the organizers and financial backers of the failed retail cannabis measures in Redondo Beach, Hermosa Beach and Manhattan Beach.

Redondo city councilman Todd Loewenstein, in whose district the community center would be, questions the legality of Lewis’ project.

“I don’t know if he has the right to do something like that,” said Loewenstein, suggesting it would likely require a conditional use permit. “It is another stunt by (Lewis) to distract from his huge losses at the polls.”

Lewis calls out in the posted video for people to get medical marijuana cards and come down to the S.E.A. Lab site to find cars with “fireweed and fire prices.”

“Access is the thing,” Lewis continues. “We’re not going to bend a F-ing knee because we’re motherf—-ing Catalyst and we keep moving forward.”

“He said he wanted to do a community center, I figured, why not?” said Pustilnikov. “… Hopefully it builds goodwill.”