Catamaran off Redondo Beach pulled to safety in high winds 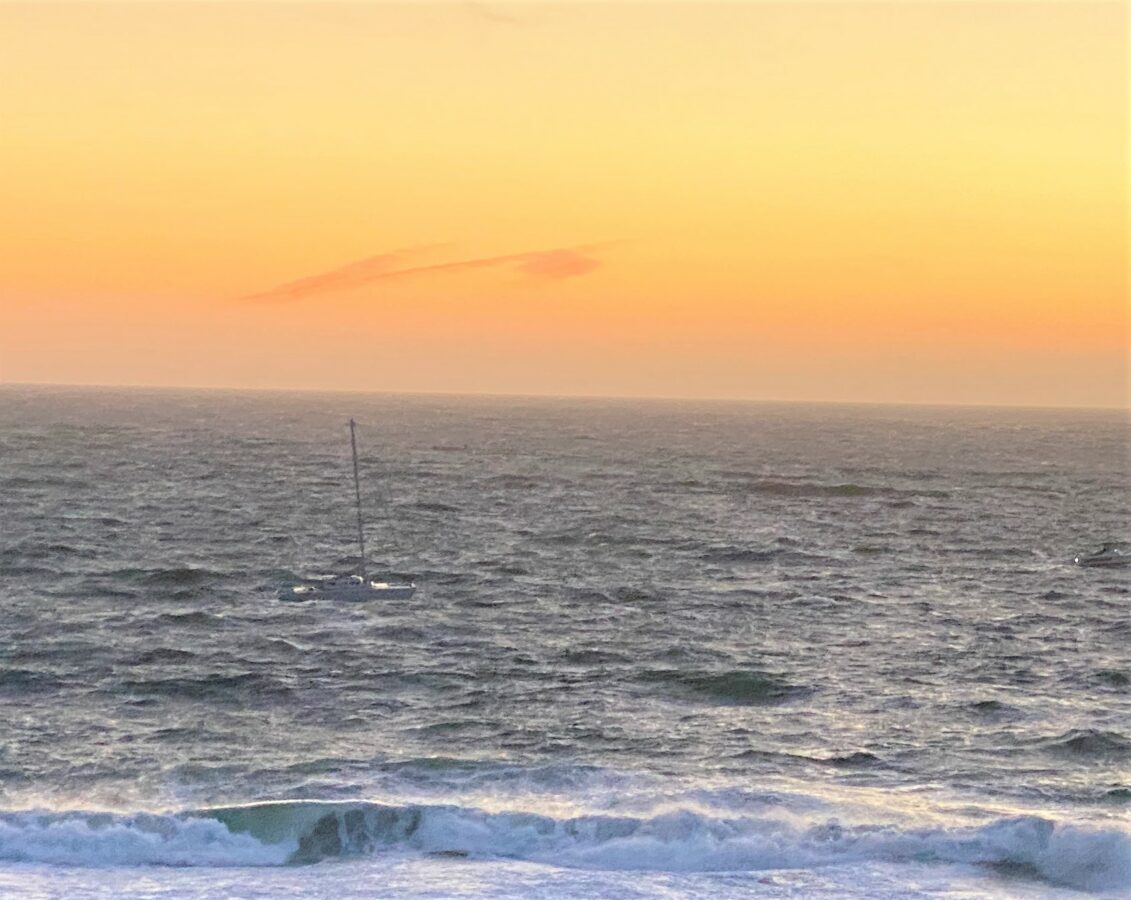 Five to six foot swells greated Baywatch Redondo and the Harbor Patrol when they arrived May 9 at this catamaran anchored off King Harbor. Photo by Patrick Shuss

A 70-foot catamaran dragging anchor outside of King Harbor was towed to safety May 9 by Baywatch Redondo and the Harbor Patrol.

Responding to calls at 7:36 p.m., Baywatch and the Harbor Patrol took two boats out to the beleaguered craft in 15-20 mph winds.

As described by Jason May, Harbor Patrol operations chief, a Baywatch officer jumped on to the unoccupied catamaran and cut the stern anchor line amidst five to six-foot swells.

He then attached a tow line and the Baywatch boat towed the catamaran into the marina with the Fire Department vessel guiding it, keeping it off the rocks and free from the Redondo Beach Pier.

The owner of the catamaran had come into shore on a dinghy after hearing forecasts of high winds. ER