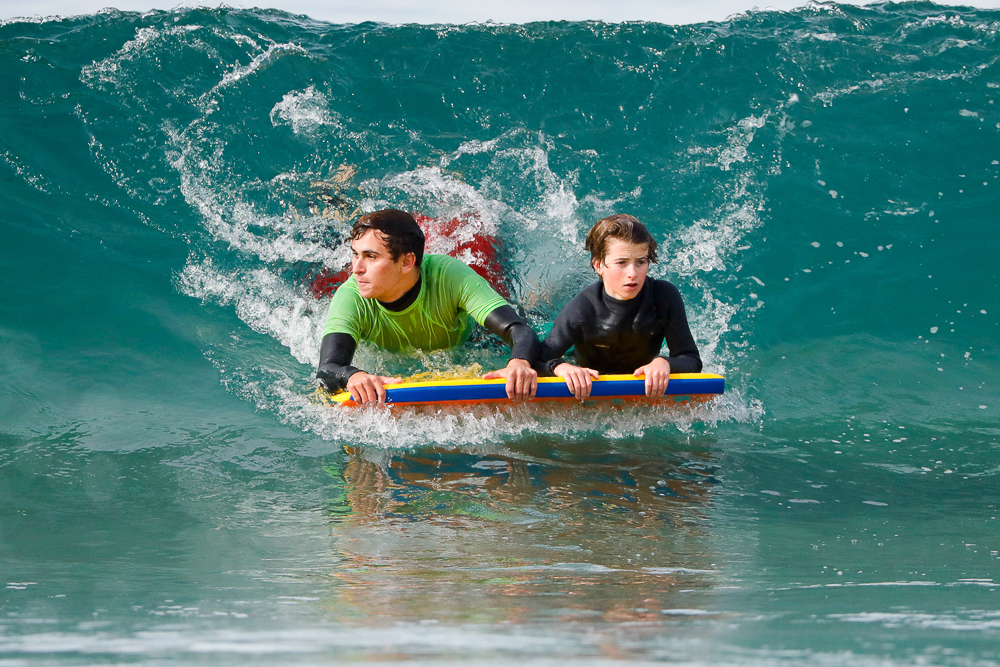 “Left.” “No, right.” Will Allen and Max Kaplan. Photo by Ed McClure

The 15th Annual Ratopia Surf Classic was held in freezing cold offshore winds with fast peeling, 3-foot waves in front of the Torrance Beach Snack Bar. Contest director Nick Weber welcomed the big turnout by singing “The Star Spangled Banner.” He should be singing for all the Dodger games.

Jenna Newburn helps Nick pull the contest off and finished 2nd overall. She even competed in the Pie Eating Contest.

“I love helping because the proceeds go to the children’s Leukemia and Lymphoma Society,” she said.

The contest is held each year on the Saturday before Christmas in support of Denny Bales, who was diagnosed with Hodgkin’s Lymphoma when he was 22. Since 2005, the contest has raised nearly $150,000 for the Leukemia and Lymphoma Society. Their research has helped Bales make a full recovery. 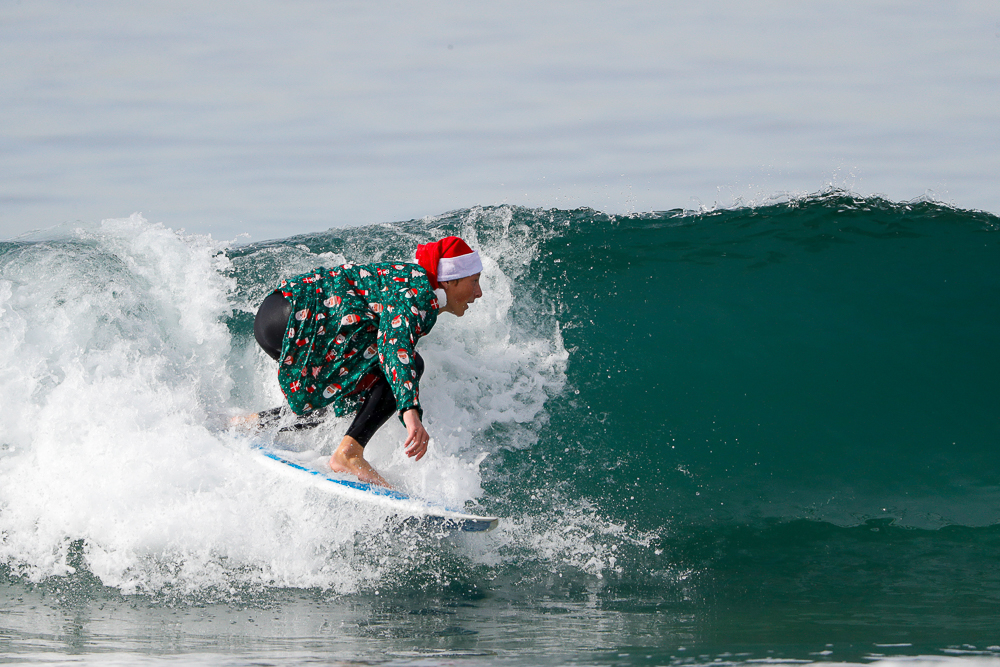 In this year’s first heat Trevor Kahn started things off with some smooth nose rides with stylish turns. Hayden Gunson was ripping off the lip down the line. “I got some hollow corners off the sandbar,” he said.

Ten year old Cormac O’Brien, the youngest competitor, dropped in late, and pulled into the curl with a cheater five. 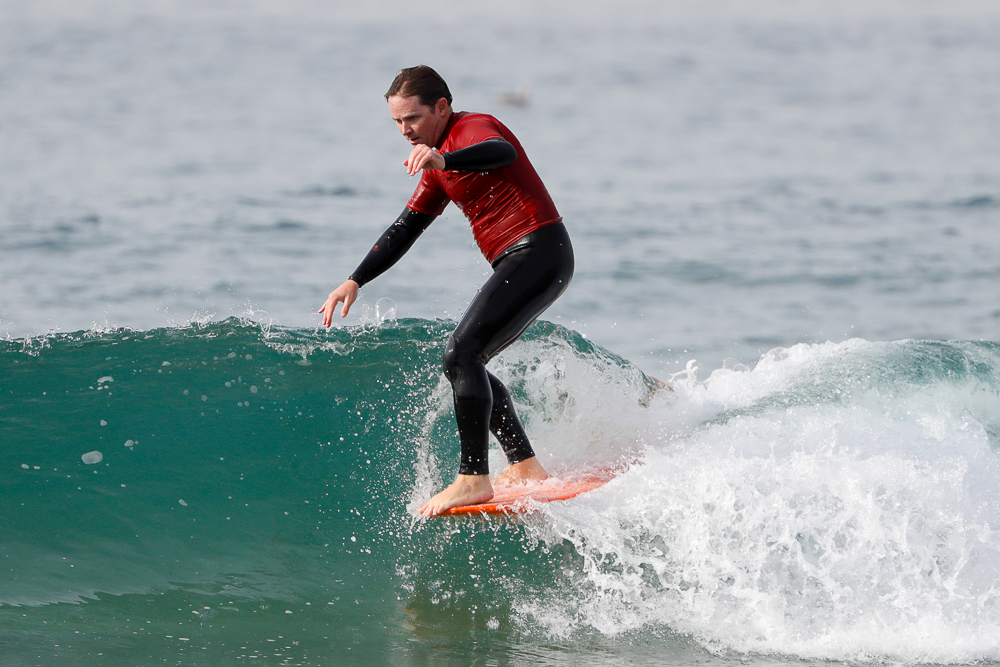 Will Allen took over the early heats with casual tip rides, hanging heels and walking backwards. He is so smooth he looks like he is sleepwalking. Will’s understudy is his next door neighbor Max Kaplan who made some big cutbacks. My next door neighbor,10-year-old Mateaus Sperv,  blew everyone’s mind doing 360s. “The air is freezing cold but the hollow peaks are worth it. The tide is dropping fast,” Mataeus said. 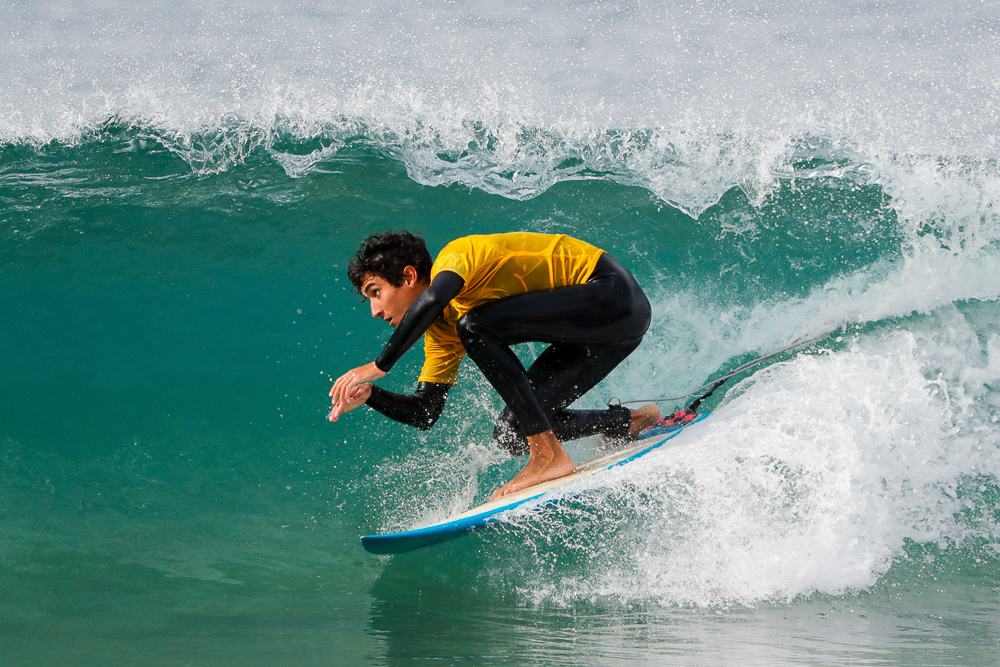 Scott Bredesen dropped by to say hello. He is nursing cracked ribs from the last big swell. “I wish I could surf in this because it’s such a worthwhile surf contest and a lot of fun,” he said.

Kersten Wanke, a-14-year-old Palos Verdes High School student, had everyone screaming when he got blown out of a tube and followed up with two big coasters on the end. After Will  Allen finished his longboard heat, he ran up the beach to grab his fish for his shortboard heat. Mateus said, ” I love this contest so much I’m surfing in the special costume heat.” Local big wave monger Paul Hugoboom got a nice head, dip tube ride on the outside. “I have to surf in this contest because it is always a good vibe,” he said. 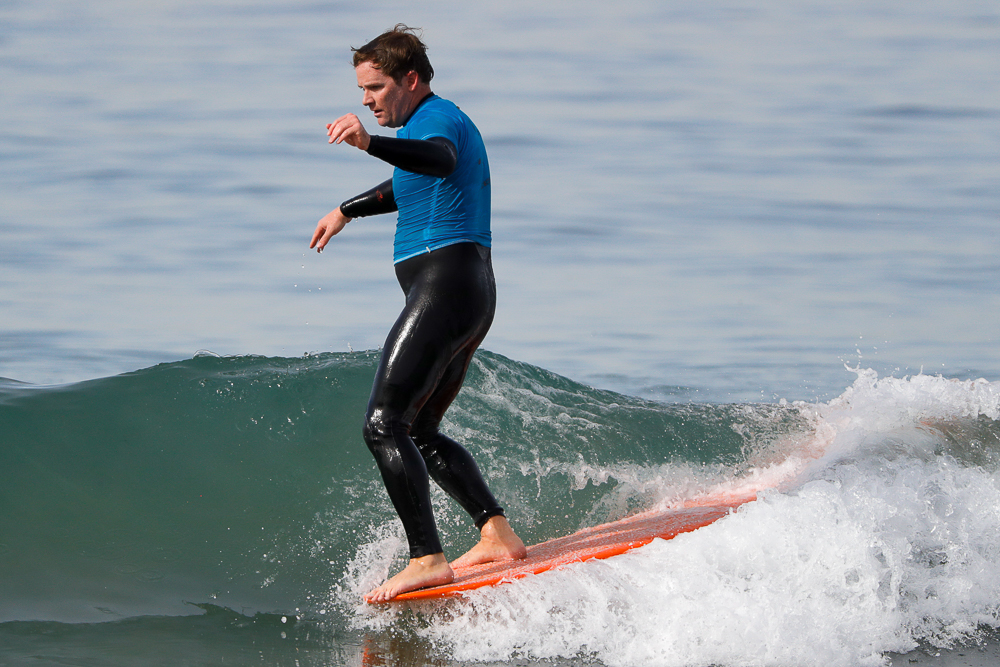 Tom Ecker finished a long backside ride with a big air coming off the backwash. The tide was  going out, making for faster hollower waves on the shallow sandbars. Mateus spun a 360 inside of the tube to get the highest score of the day and win the Grom Division. James Maxwell wons the 18 and under. The 15 year old Palos Verdes High School sophomore said, “I thought Kersten Wanke won. I’m stoked to surf with all my friends in the final. It was real laid back and cool. It was like one of our after school sessions.” 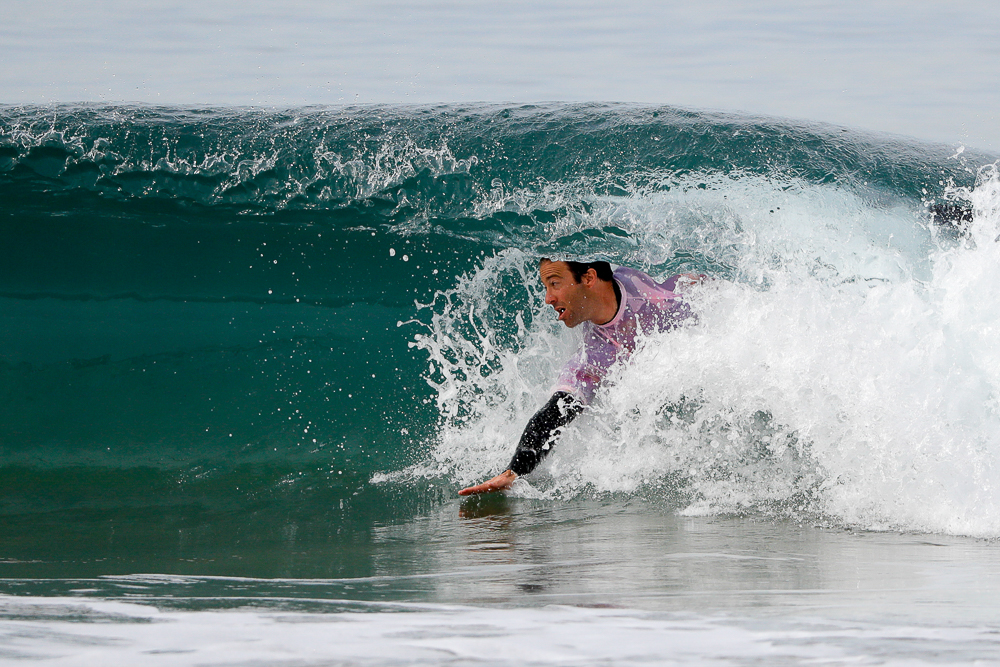 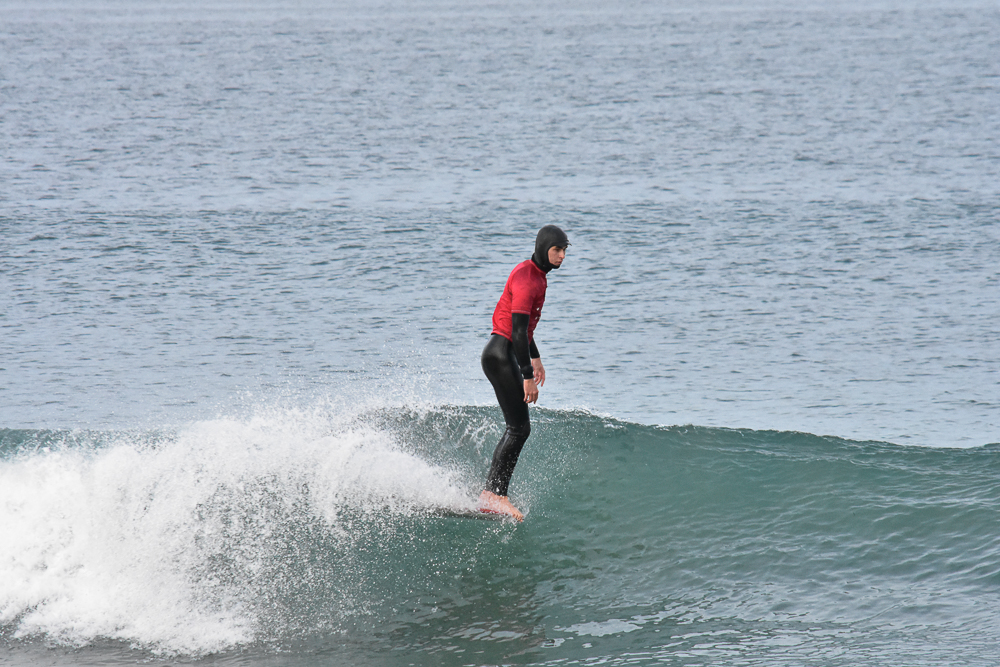