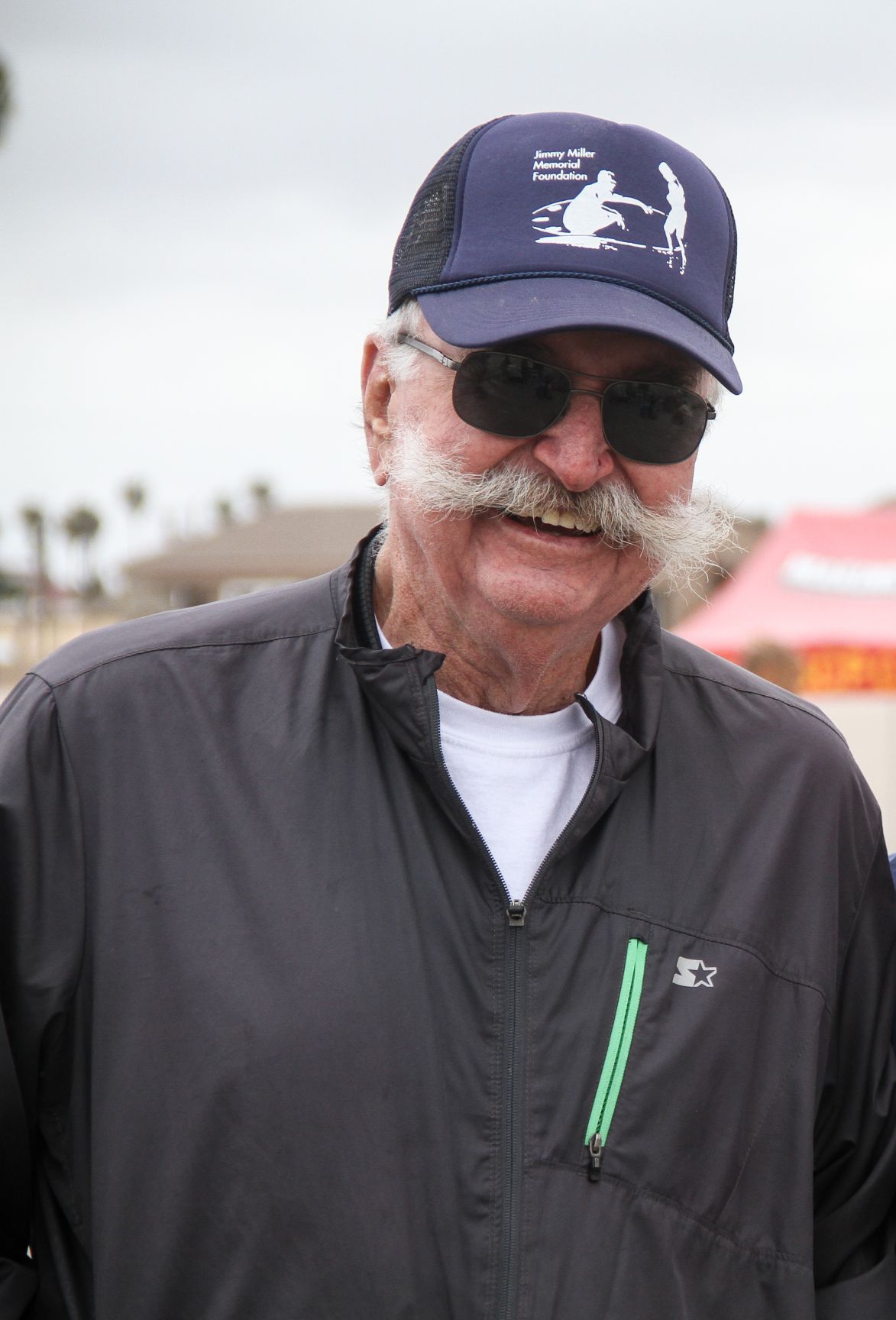 Chris Gerold in 2015, volunteering at the Camp Pendleton Marine Base with the Wounded Warriors program. Photo by Gus McConnell

South Bay builder and former beach lifeguard Chris Gerold passed away March 20 at his Redondo Beach home, surrounded by his family. He was 74 and suffering from pancreatic cancer.

Gerold was known throughout the Beach Cities for his handlebar mustache and driving big trucks with stickers that read NO BAD Days. In the late 1970s, he owned the Golden Nugget restaurant in El Segundo and a door and window business. He subsequently formed Gerold Development, a general contracting business, which he later called NBD. Goat Hill in Manhattan Beach was among the many local developments he was involved in.

Gerold was born in Santa Monica and grew up in Redondo Beach, where he attended Redondo Union High. He was the oldest of three sons of Phil and Melissa Gerold. He regularly used his outsized personality to enlist family and friends in what he called “adventures.” A friend said of him, “Chris never met a stranger.”

Gerold enjoyed coaching his children and their friends’ sports teams, even if he wasn’t familiar with the sport, his family said.

For information on the Celebration of Life, please email rememberingCG@gmail.com.