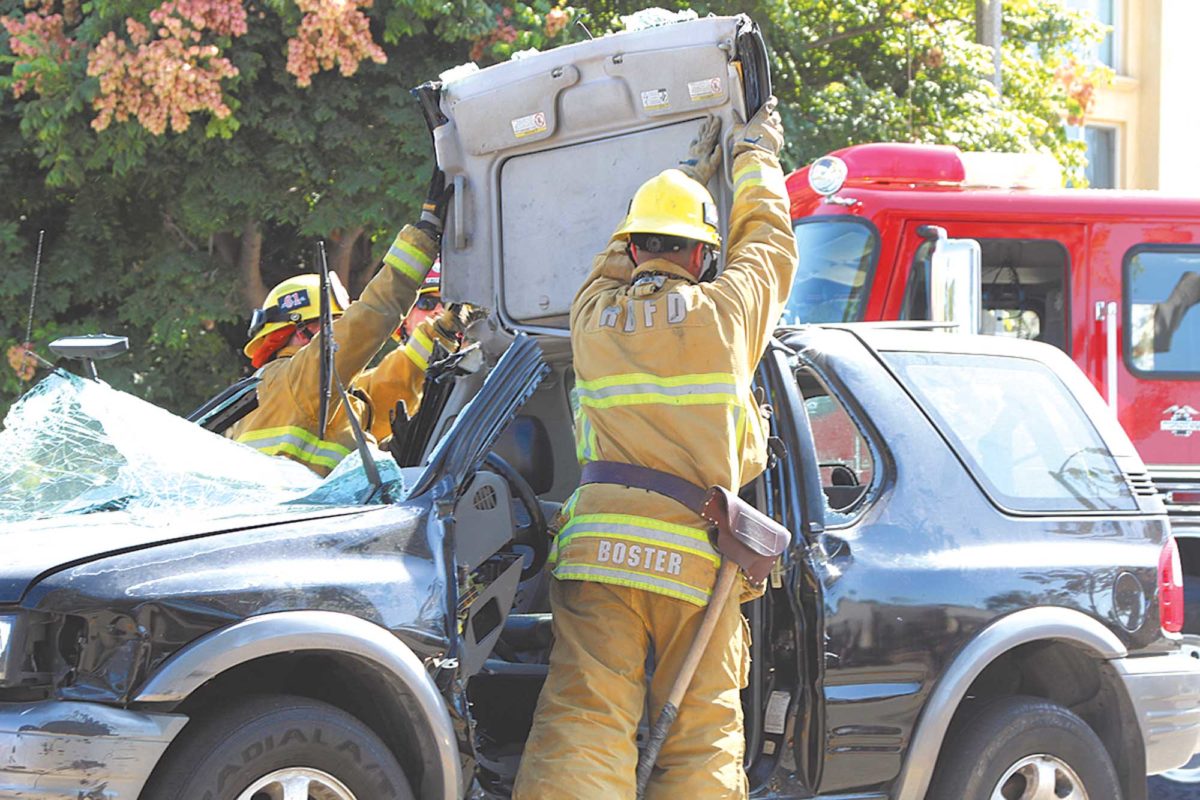 Redondo Beach firefighters, seen here during a public safety fair demonstration, have been working under an expired contract with the City since July 2018. Photo by Kevin Cody

After very little public discussion, save for a series of comments from the audience, the Redondo Beach City Council elected not to impose its “last, best and final offer” labor agreement onto the city’s firefighters association Tuesday night.

A “last, best and final offer” is the last step in the negotiating process once two entities — in this case, the City and the Redondo Beach Firefighters Association — reach an impasse. The two sides have been at odds over an updated memorandum of understanding after negotiations began in April 2018.

Redondo’s position is that it is looking toward the future, “making a financially responsible policy decision” based on projected multi-million dollar annual increases in pension liability and stagnating city revenues. The firefighters were seeking to get their first wage increase since FY 2016-’17, which they took after receiving a pay cut during the Great Recession.

If any one item can be cited for the impasse between the two sides, it would be the overtime language codified in July 2006. At that time, the City agreed that, for the purposes of calculating overtime, all paid time off — including vacation, sick leave, holiday and overtime-compensation hours — would count as hours worked.

This creates a situation in which a firefighter might take time off, then work a make-up shift within the same period, being paid twice-over for working the same amount of hours.

But as RBFA President Greg Allen said, those hours are worked by Redondo’s firefighters because the department orders firefighters in on their days off when they’re short-staffed, due to a “constant manning“ policy.

As stated in the third-party fact-finding report (mandated by state law in cases of impasse), the city has regularly had about seven open firefighter positions, out of 62 budgeted positions.

Fire Department policy mandates that every position is filled by firefighters for every shift — previous attempts by City leadership to “brown out” equipment when the necessary number of firefighters are unable to work their shift have been repeatedly dismissed, so as to maintain appropriate levels of service to residents. Essentially, current policy all but ensures significant overtime costs, Allen indicated.

Mayor Bill Brand said that he understood the firefighters’ position. He said that in his private-sector job, he would “game the system” in a similar way. “But these guys are mandated to work overtime. They’re ready to go home, then guess what — you don’t get to go.”

All present — from Council members to residents to leaders of employee bargaining units within the city — seemed to agree that, should the City impose this memorandum of understanding on its firefighters, it would be severely detrimental to employee morale.

But Councilman Christian Horvath motioned to move forward as a starting place while preparing for the next steps in bargaining.

“Public safety is 64 percent of our General Fund. This Council, and previous Councils, care about public safety,” Horvath said. “I’m sorry that it had to come to imposition — after 18 months, I want to be able to offer a 2 percent [pay increase] and start negotiations.”

But his motion to impose the contract was met with silence for several long moments. Councilwoman Laura Emdee then sighed, seconded the motion, and called for a roll call vote. Horvath was the lone vote in favor — even Emdee voted “no,” arguing that she wasn’t voting in favor without full support from her colleagues.

“I knew right then, the minute there wasn’t a second [to the motion],” that the imposition would die, Emdee said. “We wouldn’t have imposed at all if there wasn’t an indication that the City Council wasn’t united.”

“That’s our job up there,” said Councilman Nils Nehrenheim. “I’m not robbing Peter to pay Paul — if there are savings on the fire side…I don’t want to create a civil war among departments.”