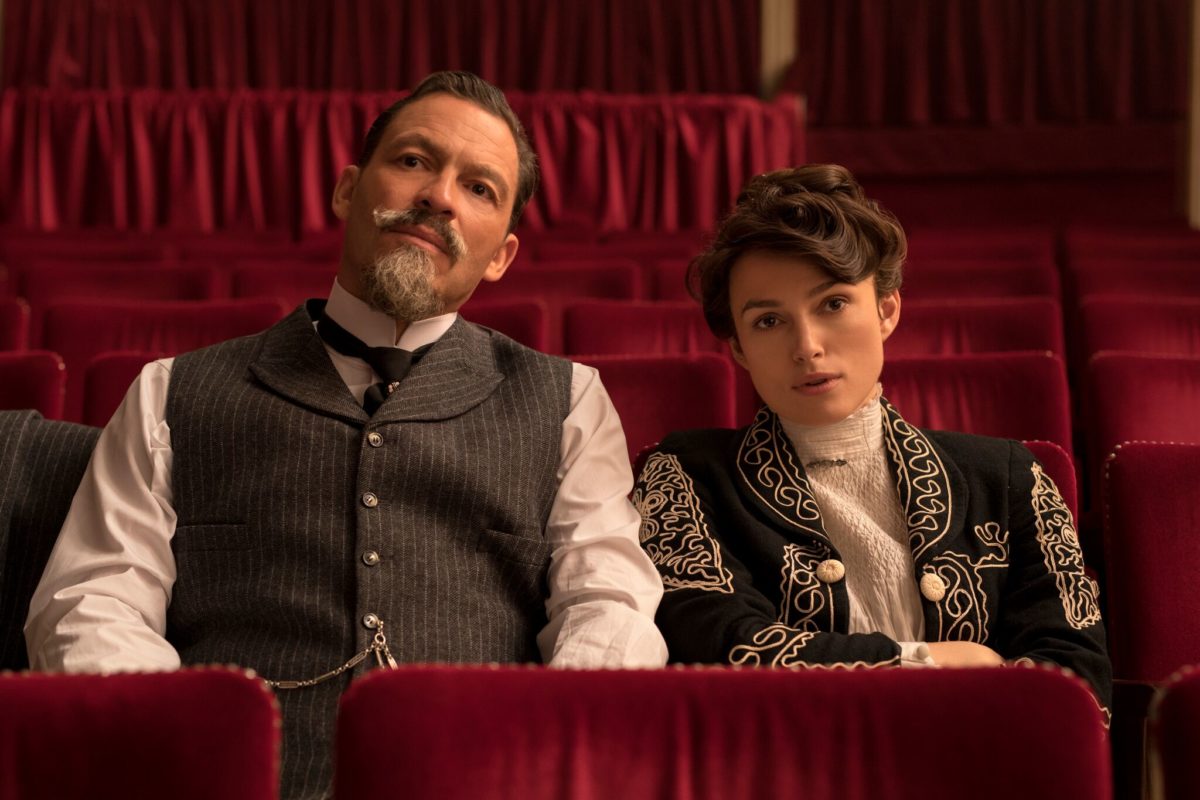 Dominic West stars as Willy and Keira Knightley as Colette in COLETTE, a Bleecker Street release.

“Colette,” a portrayal of the soon-to-be-famous Sidonie-Gabrielle Colette, is an almost-ran on too many levels. Directed by Wash Westmoreland (“Still Alice” and Quinceañera”) and written by a team including Westmoreland, Richard Glatzer, and Rebecca Lenkiewicz, all from a story by Glatzer. And this may be the problem, for with that many writers, it is easy to imagine that each may have had his or her own concept of what the film should have been, with no point of view dominating. More’s the pity as Colette is one of the more interesting literary figures of the 20th Century. Most of us know her only as the author of Gigi, but she was so much more and her entrée into the Belle Epoque literary society of Paris was notable on many levels.

Starting early in Gabrielle’s life, on the verge of womanhood and engrossed in a head-scratching affair with the much older Henri Gauthier-Villars, widely known by his pen name Willy and an important literary figure. He married her, taking her to Paris, away from her idyllic village and her much loved parents. Willy, an infamous roué, introduced her to society, or at least the demi-monde in which he traveled.

They lived above the means he could provide with his writing, which, it turned out was largely done by others on a contractual basis. Desperate times induced desperate measures. He discovered his wife had a talent for writing and he enlisted her services, often locking her in her room until she had produced the number of pages he demanded. Even his wife was under contract to him, it would seem.

When she produced a semi-autobiographical novel loosely based on her life as a school girl, he recognized its worth. Putting his name on it instead of hers, because, as he told her, he was famous, and she was not, Claudine at School became a wildly successful best seller. Willy recognized a cash cow and cajoled, forced, and bent her to his will until she had produced other successful sequels. He never allowed her to share credit and she never profited from the sales or “Claudine” merchandise that became must-haves at the time. Willy’s true genius lay in marketing and branding.

Colette, as she decided to become known, was a seemingly willing victim to this writing fraud. She enjoyed their lifestyle and the freedom it gave her to indulge her flirtations, with both men and with women, although the film dwells primarily on the women. 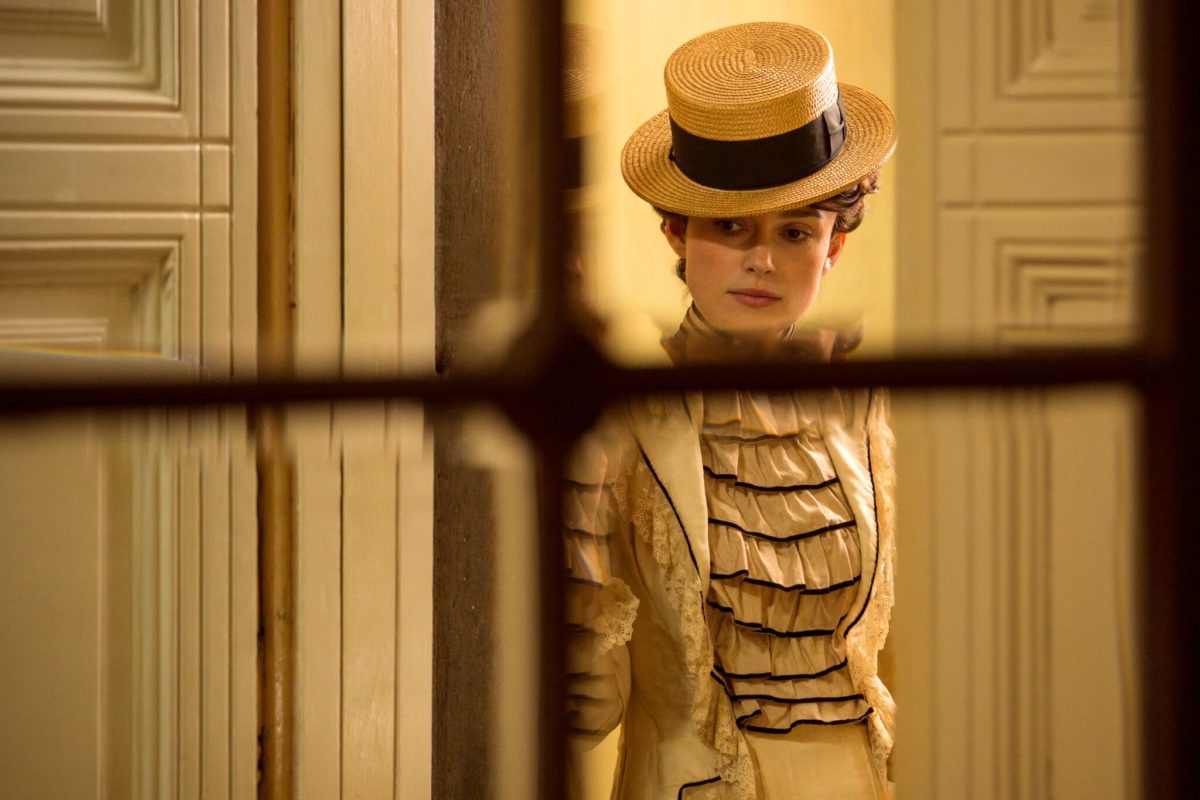 Keira Knightley gives a luminous and libidinous portrayal of Colette as seduced and seducer. As is too often the case, Knightley brings depth when it’s not on the page. Her performances, this one included, find all the colors in a character and make you regret when she is not on the screen, for the film only comes alive when she is there.

The same, unfortunately, cannot be said of Dominic West who plays Willy. This is, perhaps, a bit unfair, because he plays the part as written – a shallow libertine who cheats at love, life, and career. Most of this is probably the fault of the script as he is never completely fleshed out despite his importance to the structure. We are introduced to the character as he visits Colette’s parents in the countryside. He had been in the army with Gabrielle’s father. What was it that drew this Paris sophisticate to the young, albeit beautiful, country girl? Why her? Why him? Colette was a willing participant to his writing subterfuge, as were all his other contracted writers. Why? What was it about Willy that induced such loyalty? As played by West and written by the conglomerate of writers, his charm and persuasiveness are not entirely convincing.

Special mention must be given to the indomitable Fiona Shaw as Colette’s supportive mother.  Though given very little to do, she is still warm and convincing in a role that would have seemed perfunctory on the page.

The film is actually more of a near-miss than a failure. Colette is easily a character who deserves exploring and exploitation. Exploitation is the optimal word in that they have chosen only Colette’s notorious lesbian affairs to highlight, and they ignore that she married twice more after Willy. Still, most films starring Keira Knightley are worth a look, if only for what she brings to the role. And here, she brings a lot. The film, after all, is entitled “Colette” and not “Colette and Willy.”

Opening Friday September 21 at the Landmark and the ArcLight Hollywood.