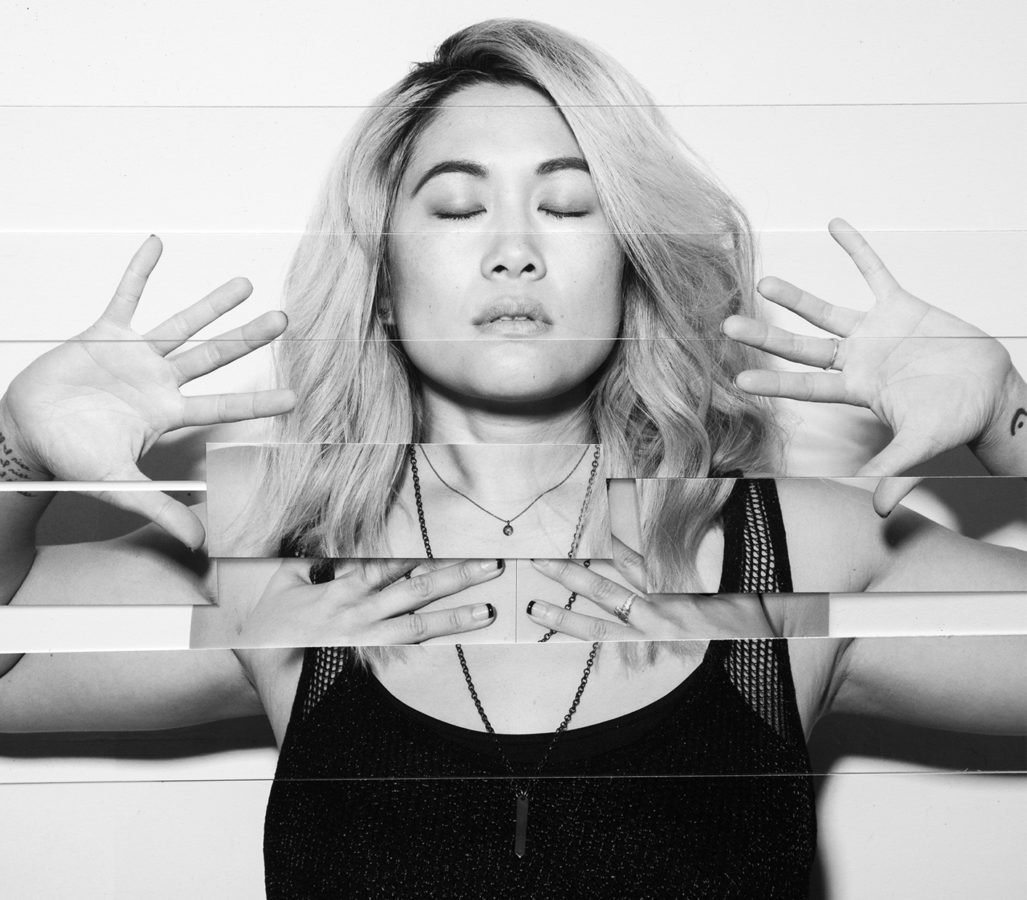 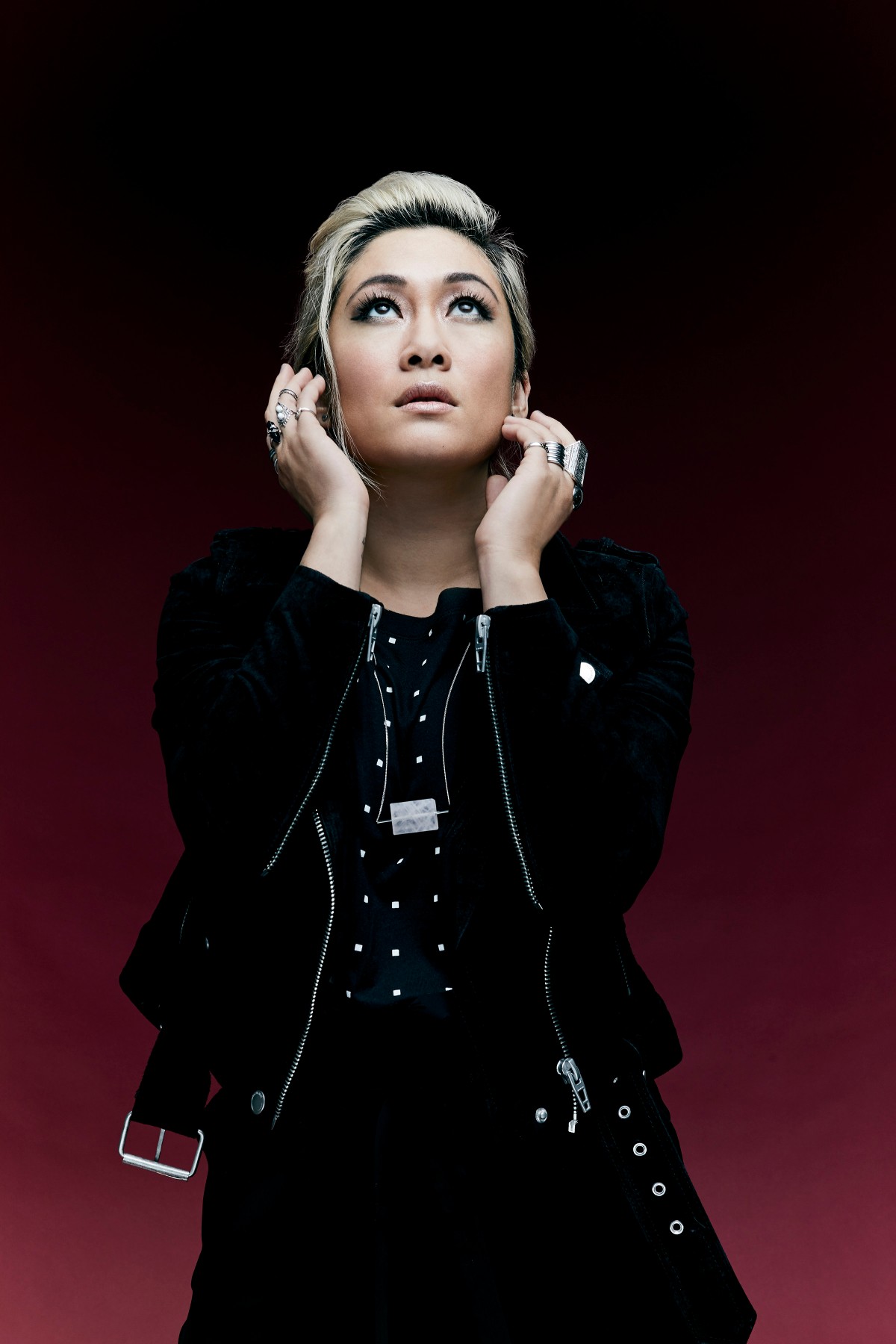 As victims of sexual abuse at the hands of Dr. Larry Nassar filed onto the Staples Center stage in July to receive the Arthur Ashe Courage Award at the ESPYs (Excellence in Sports Award Yearly), they were welcomed by  the powerful, heart wrenching song “Quiet, ” written and sung by Connie Lim.

That performance was beyond anything she had hoped for growing up the daughter of Hong Kong immigrants in Palos Verdes. Lim broke the family mold by not going into medicine or business like her parents and siblings. Instead she pursued a career as a singer-songwriter.

One night, who performs as MILCK Lim dreamed of being assaulted. A bystander stood by, exhorting her to stay quiet. The words “I can’t keep quiet” flooded Lim’s brain. The words became the chorus for “Quiet,” a song Lim had been working on for several years with co-writer Adrianne Gonzales.

When Lim heard about the Women’s March on Washington DC on January 21, 2017, the day of Donald Trump’s inauguration, she thought, “I just had to go and share my song “Quiet.”’

Lim was physically abused by a boyfriend as a teenager and felt she had been quiet for too long.

She and some others came up with the idea to form a 25 a capella singer group with singers from around the country to perform “Quiet” at the Women’s March. They hoped to create flash mobs. On Christmas Day, Lim had sprained her ankle running up the stairs in her parents’ Palos Verdes Estates home. Her friends pushed her in a wheelchair so that she could conserve her energy, standing only when performing. During the seventh flash mob, noted Israeli director Alma Har’el filmed the group and posted the video. It went viral, garnering 14 million views on Facebook and Twitter in three days. NBC News, USA Today and Elle magazine were just a few of the national media outlets that covered Lim. “Quiet” became a cathartic ballad for survivors of abuse. MILCK performed the song on “Full Frontal with Samantha Bee.” 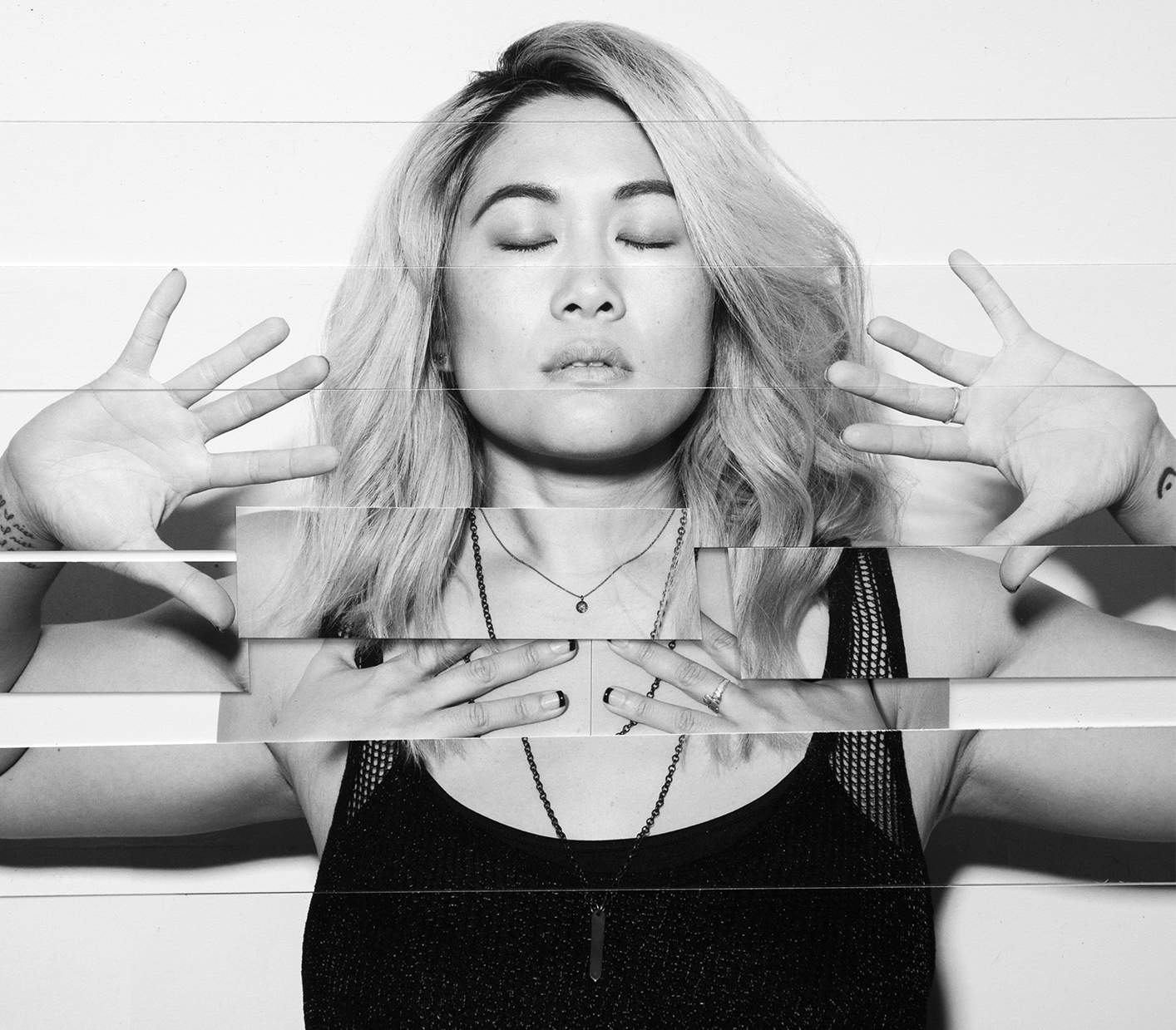 As a young child, Lim wrote countless poems and short stories. She  composed her first piano piece at age seven. She also sang in school and in community youth choirs. As soon as her vocal chords developed sufficiently, she took private voice lessons with noted Peninsula instructor Lenita McCallum. Throughout middle and high school the soprano honed her vocal skills with classical music and Broadway tunes. Lim credits McCallum with “giving me a lot of discipline. She taught me the value of rigorous practice.”

McCallum is equally admiring of Lim. “She had a very flexible voice, one that had a lot of potential that you could do anything with. She was a good musician,” McCallum said of her former pupil.

At Palos Verdes Peninsula High School, Lim was ASB president and homecoming queen. In 2004, she entered Cal Berkeley as a premed student. But then she heard the university a cappella choir The Golden Tones. Lim auditioned for the choir and was accepted into the group. They practiced 11 hours a week. Lim learned to project her voice outdoors with no microphone.

Her years at Cal Berkeley were times of uncertainty.

“I tried to be a premed, but I was really unhappy. I was swimming upstream, a fish out of water. I wasn’t in my zone. With music, there was interest and passion. When I was supposed to be studying chemistry, I was in the piano rooms making music.”

Lim switched from premed to business to prelaw — all the while finding her attention and heart gravitating to music. She won Best Soloist at the International Championship of Collegiate A Cappella. She went on to form a band, performing at clubs around San Francisco.

After graduation, Lim returned to Los Angeles to try making it as a musical artist. She made the final 60 out of 70,000 who auditioned for the first season of NBC’s The Voice in 2011. She sang the National Anthem at several Staples Center Clippers games. In 2013 Buzzfeed named her one of “21 Asian American Musicians You Need to Get Behind Right Now.” “She sings from a bedroom whisper to a stadium belt,” Buzzfeed observed

Still, success proved elusive. Lim tutored to make ends meet. She started a Kickstarter campaign to fund her first album, “A Better Part of Me,” in 2014.

“In late 2016, I was at the lowest point in my journey as a musician,” Lim said. “I was about to turn 30 years old and had been pursuing music for a long time. Then my management dropped me because they didn’t understand my vision. I was on my own.”

The 2017 Women’s March on Washington proved a turning point. After ‘Quiet” went viral, her phone and email account were bombarded. A friend stepped in as Lim’s manager. “I was in dire need of help. We really didn’t know what we were doing and were struggling.”

But the stars aligned, and every major recording label contacted her.  A few months later, she signed a recording contract with Atlantic Records and obtained a new manager, one who shared her vision.

Commercial success isn’t what drives Lim. Among the thousands of emails she received were “very intense stories of survival. A part of me always thought I was a therapist in some way,” Lim said.

Harvey Weinstein and the #MeToo movement did not unfold until nine months after the March on Washington. That compelled Lim to use her new platform to help other victims of abuse. Lim created #ICan’tKeepQuiet Day on April 8, 2017. She organized choirs worldwide to “unite and sing out for positive change and peace.” Women, many wearing pink hats, from London to Nova Scotia to California, raised their voices to Lim’s lyrics: “I can’t keep quiet. I’m a one woman riot.”

Lim continued to perform at gatherings, marches and concerts around the country. In September, she sang “Quiet” on the steps of the Supreme Court during Brett Kavanaugh’s confirmation hearings. She arranged for survivors of sexual assault to share their stories alongside her.

“After the 2016 elections the world changed. People were interested in hearing songs about serious topics,” Lim said.  “My role is to be the one who dares to be uncool, who just sings about peace and not the shiny things in the world, one that is filled with technology and materialism. I’m supposed to be the voice of raw and down to earth emotions.”

Lim’s own emotional struggles inform her music. After struggling with depression and anorexia, she decided to get therapy in her mid-twenties so that she could gain the tools to “face my own insecurities and demons. I held myself back in subtle ways. I couldn’t think big for myself or vouch for myself confidently. I wanted to change and stop hiding from my fears.” During therapy, she delved into the assaults from her boyfriend of a decade earlier. “When I came to realize that it wasn’t my fault, a really big weight lifted off me,” said Lim.

The dream of being assaulted came during this period. At the time, she recalled, “Dance music to keep your mind off things was trending. I didn’t think my song about surviving abuse would have a place, but the timing turned out to be perfect.”

Persistence and countless hours writing and practicing helped too. Lim said that her parents John and Kitty Lim, “are the ones who gave me my work ethic. Even though they started with very little, they survived and are very successful through hard work. They valued professional skills, like medicine or law. My father always told me to learn a skill and help society. My skill was just a different skill.”

Lim calls herself the black sheep of the family. Her sister Annie is an ophthalmologist and brother Erik works in venture capital.  “It’s always an adventure to go home and my parents look at the new color I’ve dyed my hair,” Lim said. “We can laugh about our differences now.”

Lim was recently named by YouTube as one of only 47 worldwide 2018 Ambassadors for its Creators for Change initiative. This program “spotlights inspirational creators who use YouTube’s global reach to change conversations around tough issues and make a truly positive impact on the world.” In November, YouTube featured Lim in a full page ad on the back page of New Yorker magazine.

Looking forward, Lim is concentrating on creating new music. She described her music as eclectic — a fusion of rock, pop, country and the blues. She has been described as a mix between Lady Gaga and Tori Amos. Additionally, she wants to write musicals and books, like she did as a child.

In January 2018, Lim once again went to the Women’s March, this time in New York City. But instead of performing on the streets in flash mobs, she was on the stage with Yoko Ono. Lim said she is not one to be star struck but being in the presence of a such a renowned musician-activist brought tears to her eyes. Lim said  Ono encouraged her never to be quiet and to keep on singing for peace.

“Moments like that remind me of what’s important because there’s a superficial side to this industry,” Lim said. In conjunction with the Women’s March, Lim released a new EP (extended play) called “This is Not the End.”