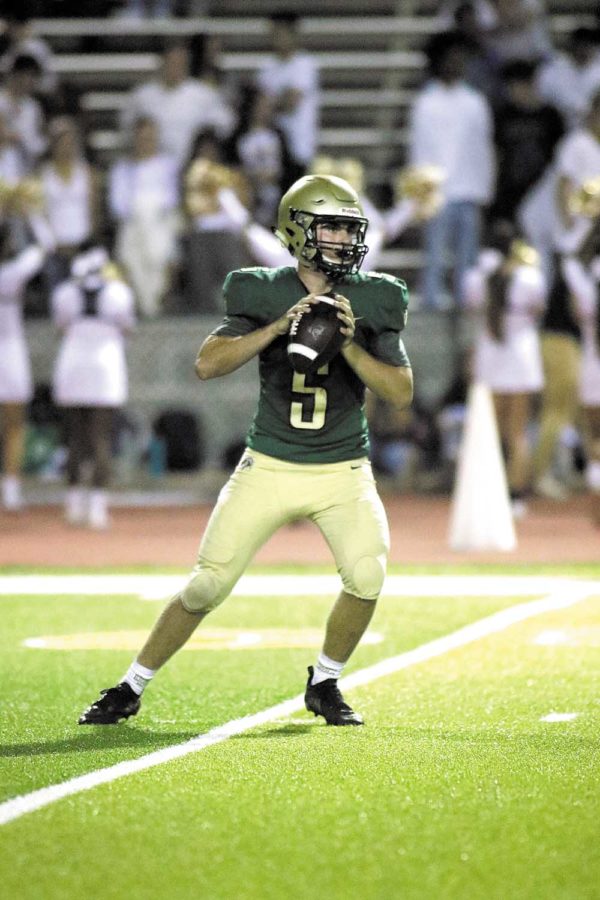 The rivalry game between the El Segundo and Mira Costa football teams Friday night turned into a one-sided rout quicker than you can say “Lord have mercy.”

The rarely invoked mercy rule – in which the game clock does not stop for time-outs, injuries, scores, etc. — was in effect for the entire second half of the Mustang’s 52-7 demolition of the out-manned Eagles. The mercy rule, which is designed to put the losing team out of its misery as quickly as possible, produced a thankfully abbreviated second half in which each team scored a single touchdown and quickly called it a night.

Right from the opening kickoff, Mustang fans were dancing in the aisles at Waller Stadium, and not just because it was the first home game of the season after three games on the road, or because it was quickly obvious that this would be an overwhelming victory for the home team.

It was also because they got their first up-close look at “Slingin’” Sam Whitney, the best Mustang quarterback since All-CIF selection David Arredondo was terrorizing defenses with his running and passing before going down with a season-ending knee injury early in the 2016 campaign.

Mira Costa Head Coach Don Morrow has been talking up the 5-foot-10, 165-pound junior for the last month, and Friday night everyone finally got a chance to see why Morrow is so excited. Whitney, who missed much of his sophomore season with an injury, is not as big and strong as Arredondo, but he has a smooth delivery, a strong-enough arm, and laser-beam accuracy.

“I thought he was terrific tonight,” Morrow said after the game. “The players have faith in him, and so do I.”

The Mustangs were so dominating behind Whitneythat they scored touchdowns on three of their first four plays from scrimmage.

The Mustangs kicked off first and pinned the Eagles deep in their own territory behind the suffocating play of cornerback Jackson Fischer, interior lineman Hank Dunlap, and outside linebacker Luke Weaver. After a quick three-and-out, the Mustangs took over on their own 44. 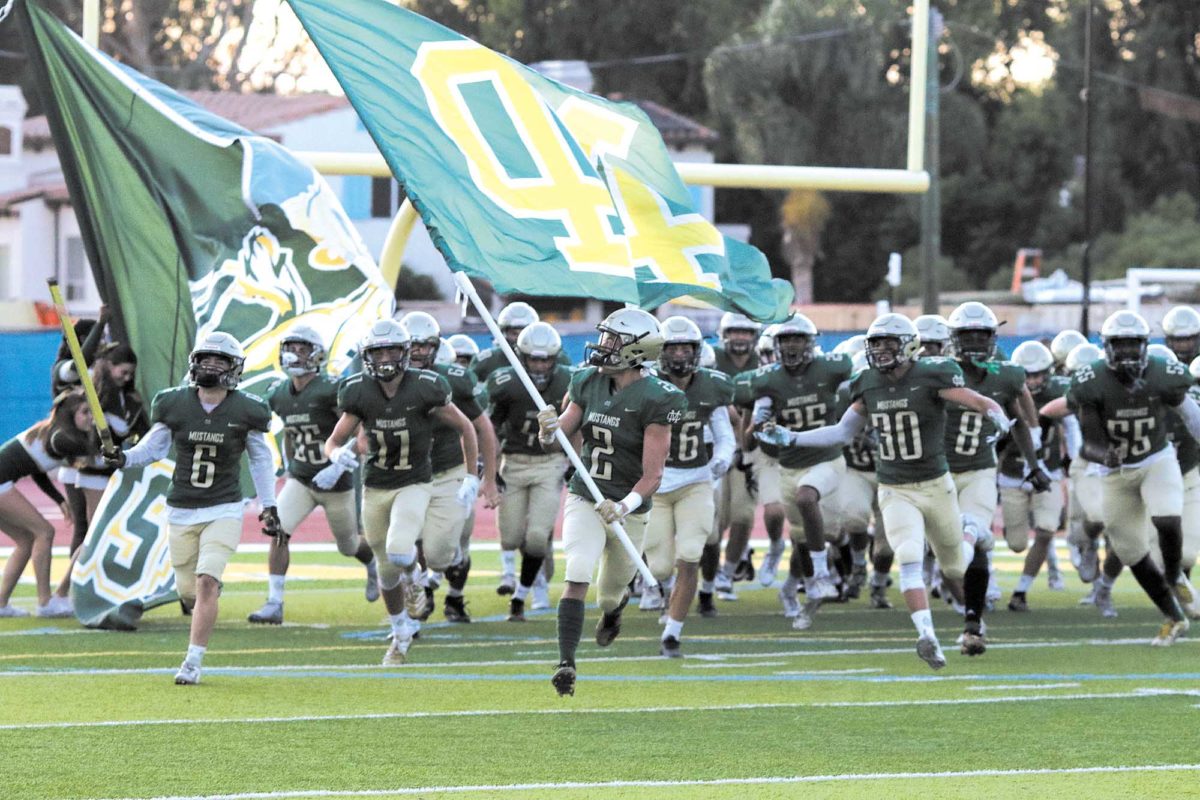 Mira Costa charged onto the field and kept on charging.

On their very first play from scrimmage, Whitney faked a hand-off, rolled right and lofted a high-arching moon-shot that cut through the warm night air like a roman candle and settled down into the waiting arms of Kayle Marsh around the 20-yard line. Marsh took it from there into the end zone and the Mustangs had a 7-0 lead before most of the fans had settled into their seats. It was an aggressive, unusual call for the first play from scrimmage.

“We ran the ball pretty well the last two weeks,” Morrow explained, “so I felt a play-action pass might work against a defense set up to stop the run.”

The Mustangs kicked off again, pinned the Eagles deep in their territory again, and took over on their own 44-yard line after a weak punt. On first down, Whitney drilled a 36-yard bullet that found Danny Millea in stride at the 5-yard line. Whitney then found do-it-all kicker-receiver Thomas Southey for five yards and another touchdown for a 14-0 lead after just three plays from scrimmage.

The pattern then repeated itself yet again: a deep kickoff, a three-and-out series by the Eagles, and once again the high-powered Mustang offense sliced up the overwhelmed Eagle defense. This time it was an updated version of the old flea-flicker: Whitney handed off to Kian Towfighi in what looked like the start of a reverse end-around, only to have Twofighi pull up and throw a down-field bomb to Southey for a 62-yard touchdown. After Southey kicked yet another extra point, it was 21-0 and the rout was on with only five minutes gone in the first quarter.

“We just put that play in the playbook this week,” Morrow said. “It worked just like we practiced it.”

El Segundo again failed to make a single first down, and the Mustangs took over and marched to their 32-yard line. But for once the Eagle defense stiffened, and the Mustangs were forced to settle for a 32-yard field goal by Southey that pumped the lead up to 24-0.

Still, there was no letup by the Mustangs. On their next drive, Whitney hit Southey on a fly route for a 75-yard TD that gave Mira Costa a 31-0 lead halfway through the second quarter. Southey finished with 162 yards on four catches.

The snowball that smacked El Segundo in the face just kept rolling downhill. Next Whitney and Marsh connected for a 72-yard TD before Roman Garcia scooped up a loose ball and ran 25 yards into the end zone to make it a 45-0 game late in the second quarter. Marsh piled up 126 yards on just two catches.

The officials weren’t the only ones to invoke the mercy rule in the second half. Morrow graciously emptied his bench and sat most of his starters – including Whitney — to give his reserves a taste of game action.  Whitney went 7-for-10 and finished with 271 yards and four touchdowns in just two quarters.

The non-league victory leveled the Mustang’s record at 2-2 and gives them a ton of momentum going into Friday night’s clash with West Torrance. El Segundo fell to 0-3.

Across town, Redondo fell to Crescenta Valley by a score of 21-7. Both Redondo and Mira Costa are aiming for the ultimate rivalry game on Nov. 1 when the Mustangs will host the Sea-Hawks in the final regular-season game for both teams.