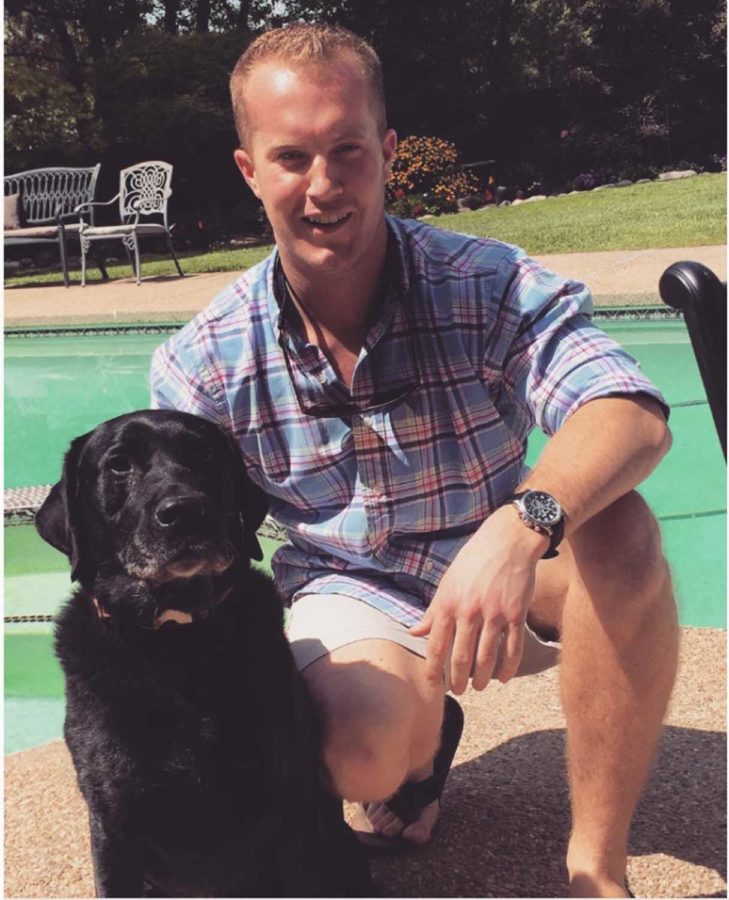 Taylor Meyer, a Hermosa resident, was killed while vacationing in Mexico last year.

Police in Oklahoma are looking for a suspect who used a credit card belonging to a Hermosa Beach man who was killed in Mexico last year.

The Oklahoma City Police Department posted two photos to its Twitter account on Friday of a man who allegedly used a credit card belonging to Taylor Meyer, who was killed in November while vacationing in Playa del Carmen. The man is driving a silver SUV, and in one of the photos, a woman is visible in the passenger seat.

According to the U.S. State Department, Meyer was killed Nov. 9. Meyer, 27, had gone to Playa del Carmen, about 40 miles from Cancun in the Mexican state of Quintana Roo, for a friend’s 30th birthday party, his father Kris said in an interview shortly after Meyer’s death.

It is unclear how Meyer’s card could have made it to the United States. Kris said that his son’s body was found with no wallet or identification. He did, however, have a credit card receipt in his pocket at the time; Meyer had signed up for the State Department’s Smart Traveller Enrollment Program before leaving, and the receipt was linked to his passport photo, which was used to identify his body.
Police did not say when Meyer’s credit card was used in Oklahoma. A time stamp in the photos reads Dec. 7 of last year.

Officer Megan Morgan of the Oklahoma City Police Department said that police there have been in touch with authorities in Playa del Carmen. However, they only have jurisdiction over the credit card case; police in Playa del Carmen are investigating the killing, which remains under investigation.

In interviews following Meyer’s death, officials with Mexico’s public prosecutor’s office said that the area where Meyer’s body was found was not popular with tourists, and that there was no indication he had been targeted for being a tourist. Meyer’s parents said they hoped that their son’s death would draw attention to what they describe as the dangers faced by U.S. visitors to Mexico, and have accused government officials there of minimizing the risk in order to protect the tourism industry.