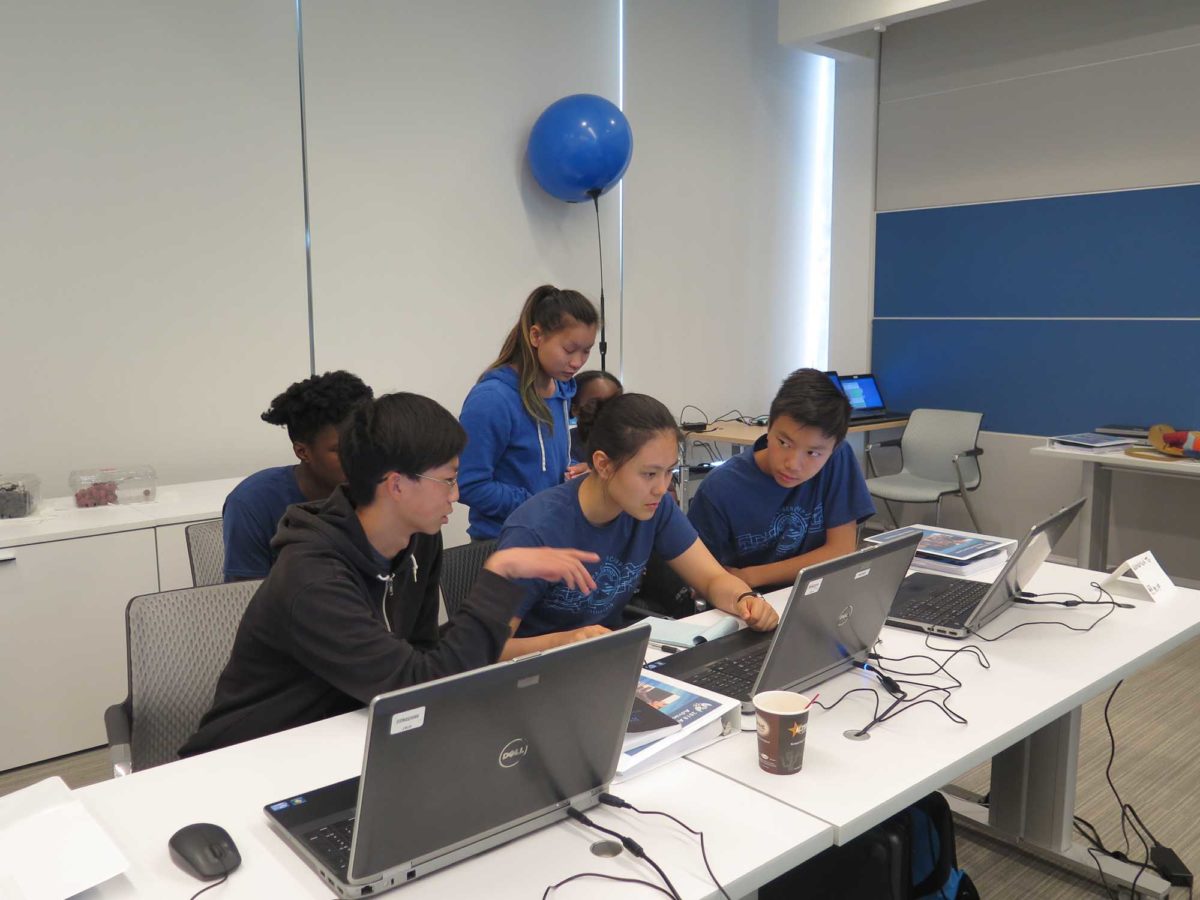 “With kids on social media all the time, they need to understand that what they put on the Internet is always going to be there,” instructor John Rojas said. “When they see the workings behind the servers that the applications are put on, they understand the thought that goes into it. They’re really developing their knowledge and opportunities.”

“This was a lot of information crammed into a short time period. They’re not going to remember all the little fine details, but they’re doing a really good job of understanding the higher-level intent of what we’re trying to teach,” Rojas said. “Watching them right now in the culmination, they are very security-minded.”

Ashley Yuan, an 11th grader at South High School, saw practical applications to what she learned.

“Every business needs digital platforms. They are going to have to have a website and servers and they need people to make them cyber-secure. Hackers want to exploit everything,” Yuan said. “The cyber world is really different from what we have had before, and we need people to keep up with it.”

The students also learned about Wi-Fi and its risks.

“They understand now that free Wi-Fi is not safe. They learned that someone who’s smart can do harm to their computers,” Rojas said.

Yuan and other students plan to use their new knowledge in their personal lives and at their schools’ CyberPatriot clubs.

“The instructors provided us with everything we needed, including binders with printouts of what we learned and computers to use to test stuff. I really enjoyed it,” Yuan said. “The instructors were always ready to answer our questions, and because of that, everyone felt comfortable in their presence and learned a lot.”

The week highlighted skills in online safety and Windows security policies in preparation for the final day’s competition, known as CyberPatriot. The national competition encourages students to pursue careers in STEM.

The competition consists of one computer per group. Students were required to disable unauthorized accounts, secure the Ubuntu operating system, locate misconfigured servers and correct them. Rojas, impressed by the collaborative environment, worked to prepare them for the competition.

“I wanted to develop a working, educational environment that is not just all about the points and winning. It’s about educating these younger people so that next year when they come back, they know what to do and they can help others,” Rojas said.

The top teams in the nation earn an all-expense paid trip to Baltimore for the national competition, where they have the opportunity to earn scholarship money.

Yuan is a member of her school’s CyberPatriot.

“This camp was engineered towards CyberPatriot, and it covers all the topics that CyberPatriot uses in order to complete its competitions,” Yuan said. “It’s a really fun club, but it also opened up a whole new world for me.”

Due to the camp’s increasing popularity since its founding in 2016, CyberCamp coordinator Michelle Bell hopes to host two camps next year.

“Last year, we did a basic camp, so we didn’t discuss the operation as deeply as we did this year. We did a lot more in-depth cybersecurity elements this year,” Rojas said.