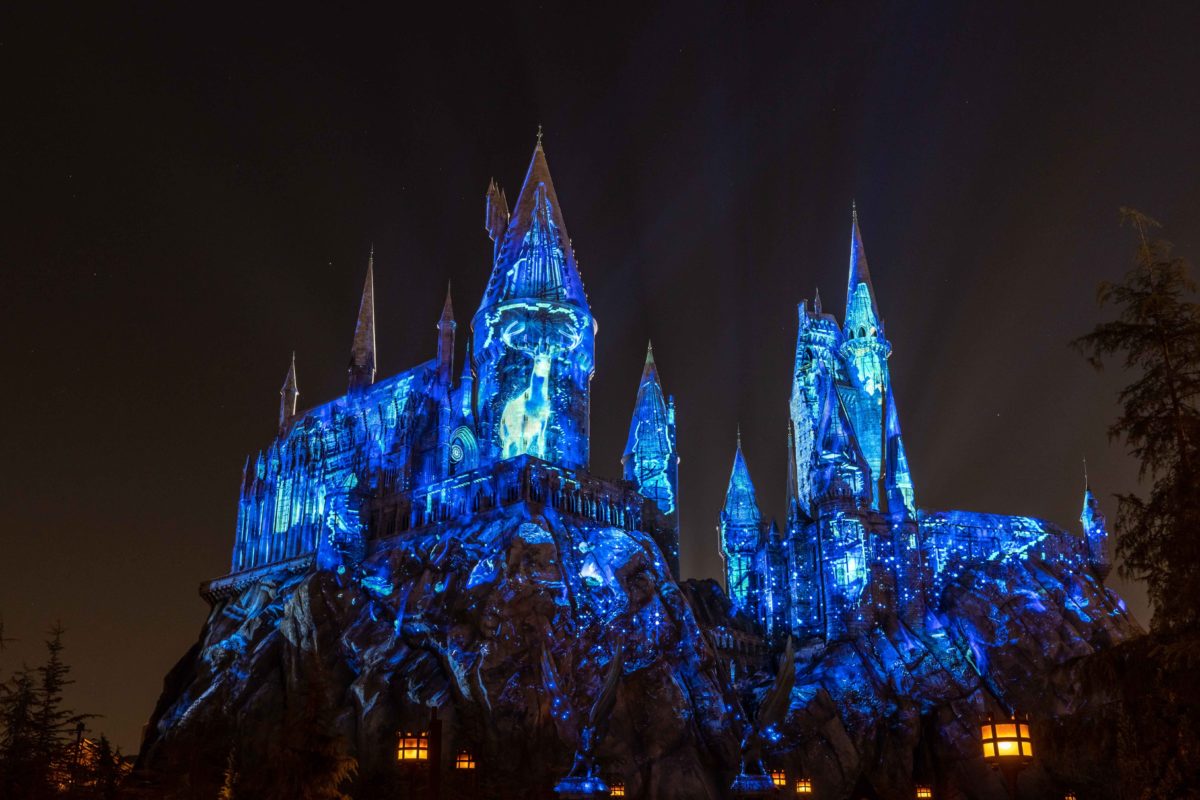 Fog, fire, and frenzy, or, Things that go bump in the night
“Dark Arts at Hogwarts Castle” at Universal Studios

First you wend your way through Hogsmeade Village, past the various olde shoppes, odd taverns, and Butterbeer carts, and up the cobblestone lane towards the two attractions, Harry Potter and the Forbidden Journey and Flight of the Hippogriff. But stay slightly downwind of them both, otherwise (spoiler alert!) you’ll miss the climactic drone constellation. 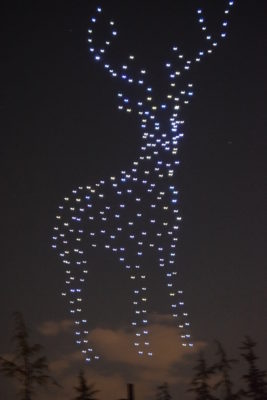 Drones, dozens of them! Photo

Universal Studios has just premiered its third Harry Potter-themed light show, projected against the ramparts, turrets and towers of Hogwarts Castle, and fueled by a brazenly loud, at times bombastic, musical accompaniment based on scores that John Williams composed for the films based on J.K. Rowling’s novels.
These state-of-the-art projections, eight minutes in length but two years in the making, emphasize the more ominous and dangerous aspects of the Harry Potter oeuvre: A barrage of monstrous foes are here, united in their thirst to scale the battlements and destroy the castle and its inhabitants. Dementors, Thestrals, Acromantulas, Death Eaters, everything imaginable crawls up and across the castle. Mountain trolls, giant skulls, giant spiders, and even Lord Voldemort gets his evilized hands into this. It’s quite a cauldron of the macabre.
Does it end well? I suppose so. When all seems lost, and I for one would have been waving the white flag long ago, Harry Potter presumably evokes the Patronus Charm, that is, he calls upon his guardian animal. The cognoscenti among us know that Potter’s Patronus is a stag (while Hermione’s is an otter, Ron Weasley’s a Jack Russell Terrier, and so on), and then appears the true highlight of the show: Dozens of drones, each equipped with an LED light, assemble high in the night sky, adjacent to the castle. If you thought all the creepy-crawly projections were magical, and no doubt they were, this finale is the cherry atop the whipped cream. 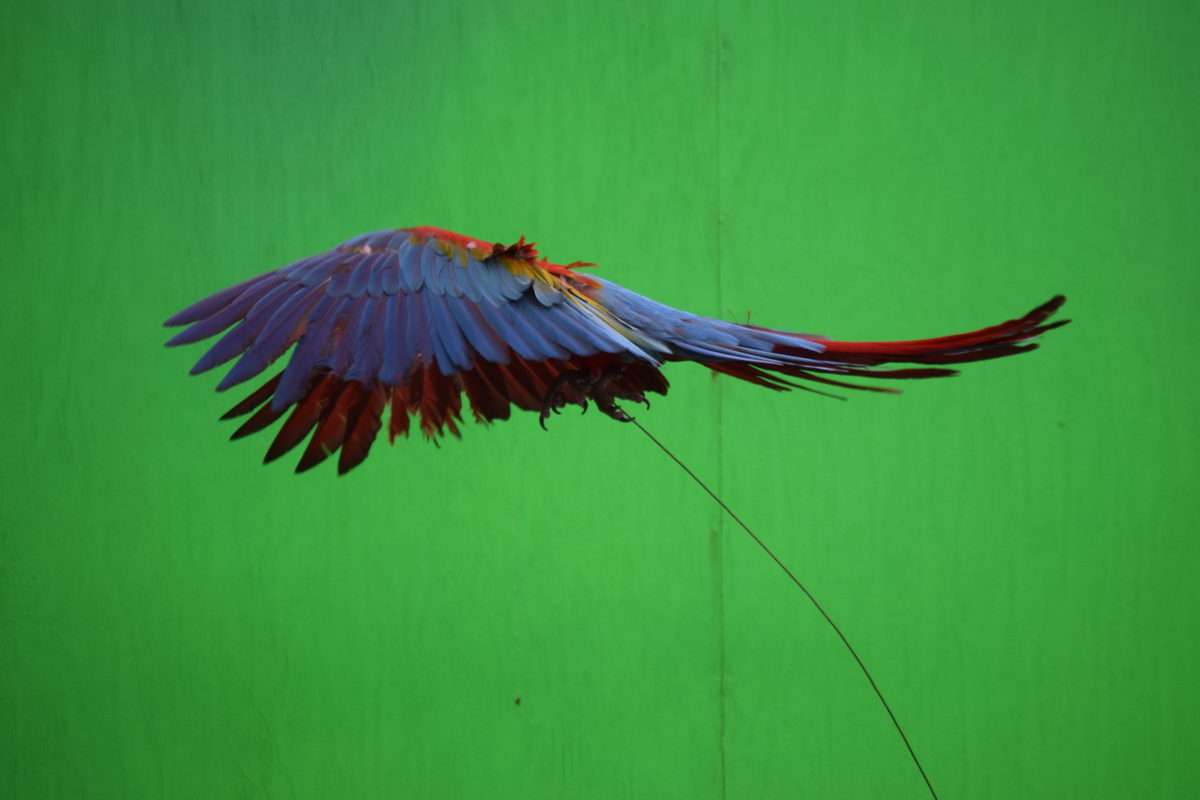 During the Animal Actors stunt show at Universal Studios. Photo

Meanwhile, elsewhere in the park…
The new light show is not continuous (dates below), but if you go to Universal Studios it’s probably with the intent to sample most of the other attractions, the newest of which is the Kung Fu Panda Adventure, which supersedes or replaces Shrek 4-D. Although one sits in what might pass for a traditional movie theater, this immersive attraction is closer to a simulator ride in which passengers are rocked this way and that in sync with the action on the screen, in this case with HD projections that even extend to the sides of the auditorium. As amusing diversions go, it’s certainly engaging, no matter how many karate chops you know.
What’s set for this summer is the opening of the Jurassic World attraction, replacing or updating what was previously known as Jurassic Park. Teaser trailers are online for those interested, and if expectations are running high these tantalizing snippets surely justify them.
In the works, set for next year, is The Secret Life of Pets: Off the Leash! and currently it’s under construction adjacent to Despicable Me Minion Mayhem. It’s based on the film of the same name, with a sequel coming to theaters early in June. 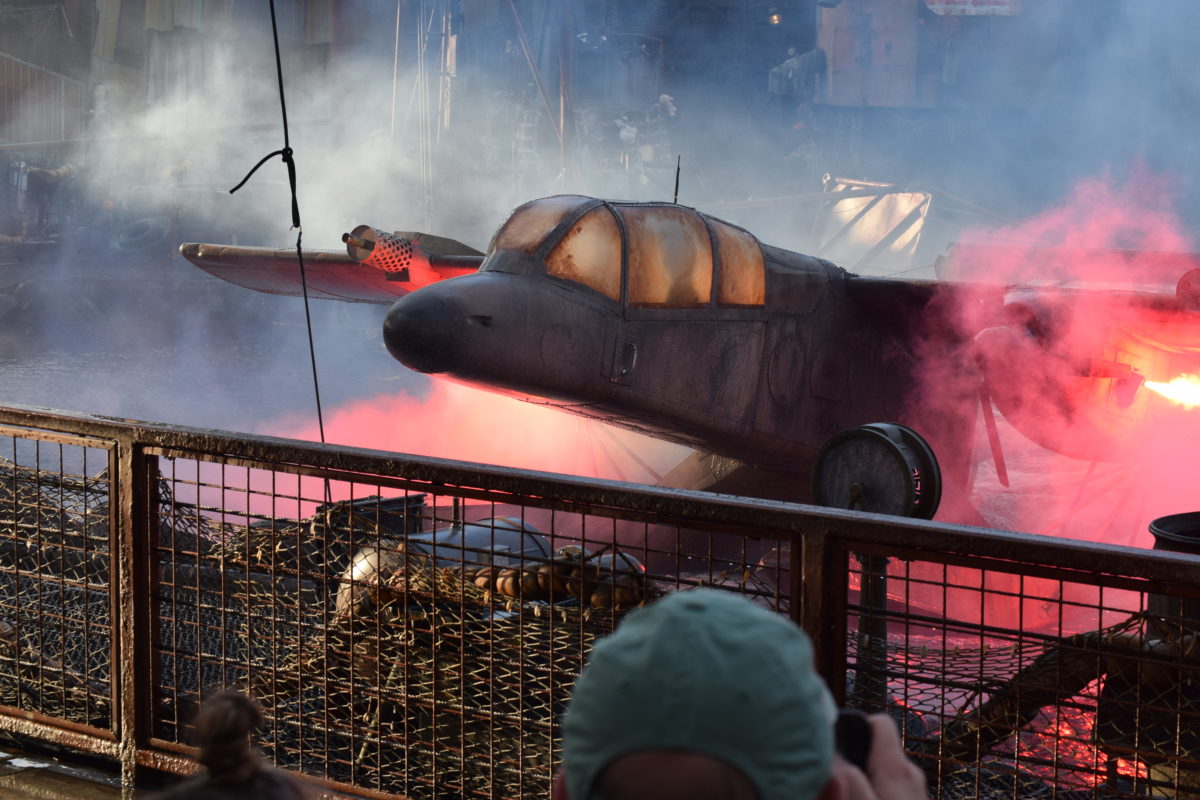 The tram tour through the backlot of Universal Studios was and remains the mainstay of any visit to the theme park. Have your camera ready. Ditto for some of the other attractions and special shows, such as WaterWorld and Animal Actors. But as for that new light show…
Dark Arts at Hogwarts Castle is happening now at Universal Studios Hollywood through April 28, and again over the Memorial Day Weekend, May 25 to 27. The dates haven’t yet been announced, but it will also return over the summer. The Patronus effect, as it were, doesn’t take place during inclement weather (thunderstorms, hailstorms, tornados, etc.). Those little drones, you know, are magical, but only to an extent. Did I tell you enough? Probably not, and so to learn more go to UniversalStudiosHollywood.com. ER