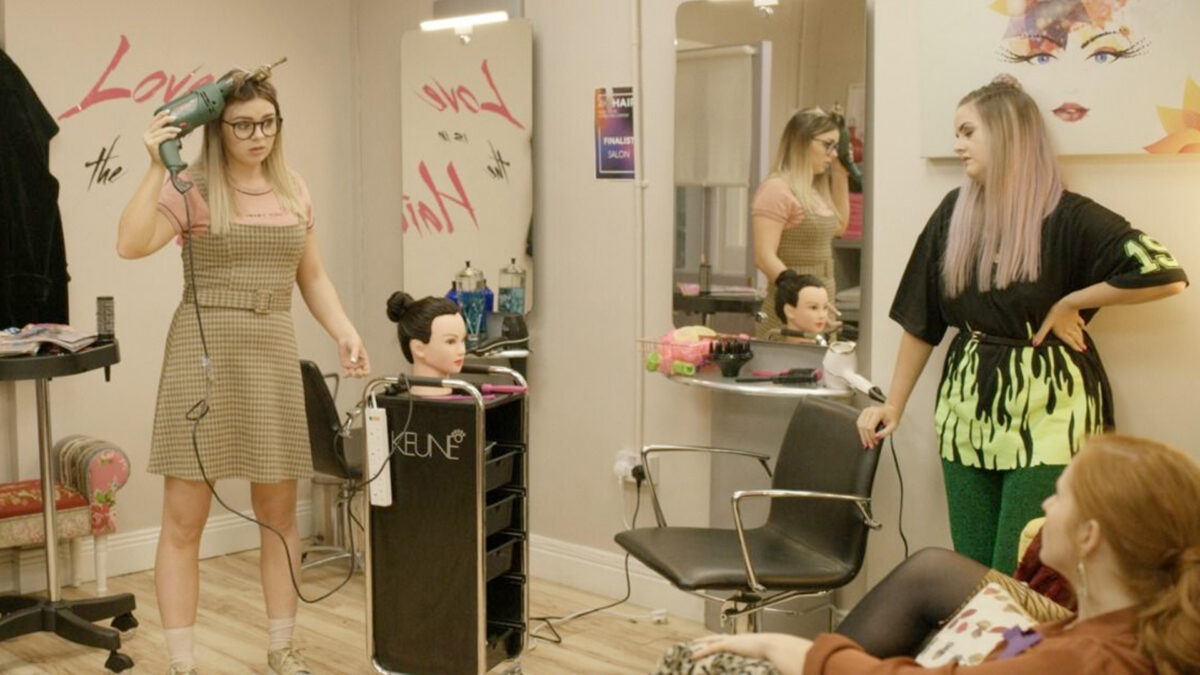 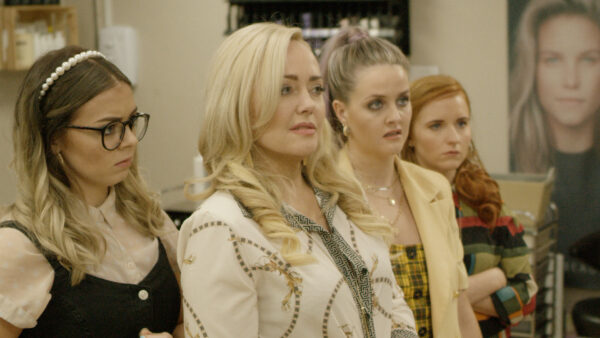 Sometimes you just need to sit back, relax, put your brain on hold, and enjoy yourself. “Deadly Cuts” breaks no new ground, that terrain has long since been tilled to death. The villains are as many and obvious as a ketchup stain on a white couch; no cleanser will ever adequately remove that spot. And did I say that you can see the obvious ending from the beginning? Of course you can. Does it matter? Absolutely not because “Deadly Cuts” is a hoot with enough semi-unexpected jolts to keep you smiling.

Michele runs a beauty salon in Piglinstown, a working class village in Ireland that has never seen better days and is currently looking at worse. Deano and his gang of thugs control their neighborhood, collecting protection money, beating up old ladies, and threatening mayhem on one and all. The police don’t care and a bigger threat emerges from their city councilman who has plans to evict them and redevelop this block of shops that has been blighted by Deano and his merry men.

Michelle has an intrepid band of stylers who want to enter the “Ahh Hair” national competition, but she is less than enthused. Long long ago in a part of her past that she has hidden, she entered the contest, made the finals and then was humiliated by a rival who sabotaged her. As that rival went on to wealth and fame, Michelle has been hiding in Piglinstown ever since and has no intention of reliving that episode. But her employees, ignorant of her trauma, convince her that a good showing in the contest will demonstrate that they don’t deserve to be evicted.

The town is behind them and there’s only one thing holding them back—Deano and the goons. Even vandalizing and wrecking the salon doesn’t stop the women of Deadly Cuts. Deano pays a personal visit and pulls out his knife, threatening to cut off poor, timid Chantelle’s hair and worse. Defensive action is taken and in the flick of an eye, or rather a pair of scissors, Deano lies in a pool of blood. Luckily, the women are creative when it comes to disposal practices. Only his group of slow-witted followers and the councilman have any curiosity about his whereabouts. The garda could care less and the townspeople rejoice. Stacey, using Deano’s burner, texts the gang and tells them he’s left town and they should also.

Problem solved. Well, not necessarily, but solved for enough time for the stylists of Deadly Cuts to enter the contest and come up with a new finale. 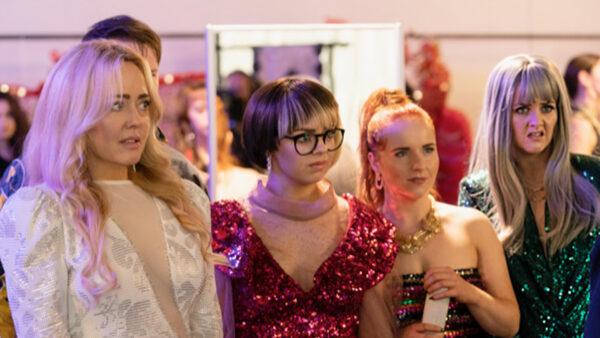 All the elements that you presume will be there in a plot so trite and true are there. But it’s the hilarious dark elements, because, make no mistake, they’ll resurface in time to make things awkward for our ladies, that make this worth watching. Just when you thought it was safe to wield a pair of scissors and a blow dryer, you’ll discover new uses for them.

Maybe it’s just the right time to enjoy a film where the bad guys get what’s coming to them and their victims get away with it. “Deadly Cuts” isn’t going to win any awards and be praised for nuanced performances and subtle storylines. Who cares? I certainly didn’t. I enjoyed this film and I think you will too.

The cast is full of ringers and that may be one of the reasons it works. There are no wink-winks here. This admirable and experienced Irish cast takes these hackneyed plot points seriously. The movie may vamp but they don’t.

Leading this intrepid group is Angeline Ball (“The Commitments,” “The General”) who makes her reluctance and rebirth as Michelle believable no matter how much you saw it coming. Ericka Roe as the volatile Stacey is a relative newcomer but she is very effective as the disappointed and impulsive member who holds them all together. The rest of the coiffeuses are Lauren Larkin as Gemma and Shauna Higgins as Chantelle. Special mention should go to the three villains, Deano played by Ian Lloyd Anderson, Aidan McArdle as Councilman Flynn, and Victoria Smurfit who plays Pippa, Michelle’s nemesis. They also take their roles seriously, something that contributes to the satisfaction of seeing them get what was coming to them.

It’s hard to give props to Rachel Carey who wrote such a derivative script but Rachel Carey the director kept things moving. Carey goes to prove the old adage that no story is old if you can do it in a fresh light. There may not exactly be a fresh light shining on “Deadly Cuts,” but the fun she had writing and directing comes through in bold neon colors.