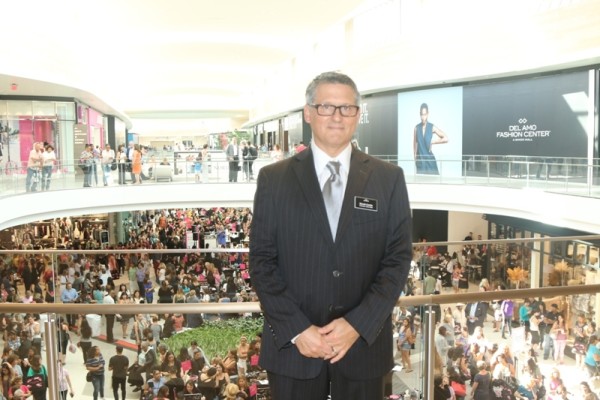 Five years ago, David Contis had lunch with then Torrance Mayor Frank Scotto across the street from Del Amo Fashion Center.

Contis, a vice president with Del Amo Fashion Center owner Simon Development, intimated that at the time Del Amo didn’t have restaurant suitable for a power lunch with the mayor.

“The mayor told me he’d been hearing the same promises for decades. I told him, ‘This time we mean it,’” Contis said.

Contis recalled the lunch during a gathering of several hundred Torrance notables, including the city’s current mayor Patrick Furey, at the Del Amo Fashion Center courtyard on Friday, October 9.

The gathering was to celebrate over $200 million in improvements to Del Amo, including the addition of a new, 140,000-square-foot Nordstrom.

As Contis spoke, several thousand shoppers lined up at the entrances to the new Nordstrom and the 55 other new Del Amo stores that were to open for the first time that morning at 10 a.m. On Black Friday, the day following Thanksgiving, Contis said, over 100 new Del Amo stores will have opened, including five new, fine dining restaurants that will form a new restaurant row between Nordstrom and a remodeled Macy’s.

Starting next year, Contis said, renovations of a similar magnitude  will begin on the Del Amo property south of Carson Boulevard. ER

A Nordstrom customer gets a free make-up session.

H&M dancers entertain customers waiting for the store to open.