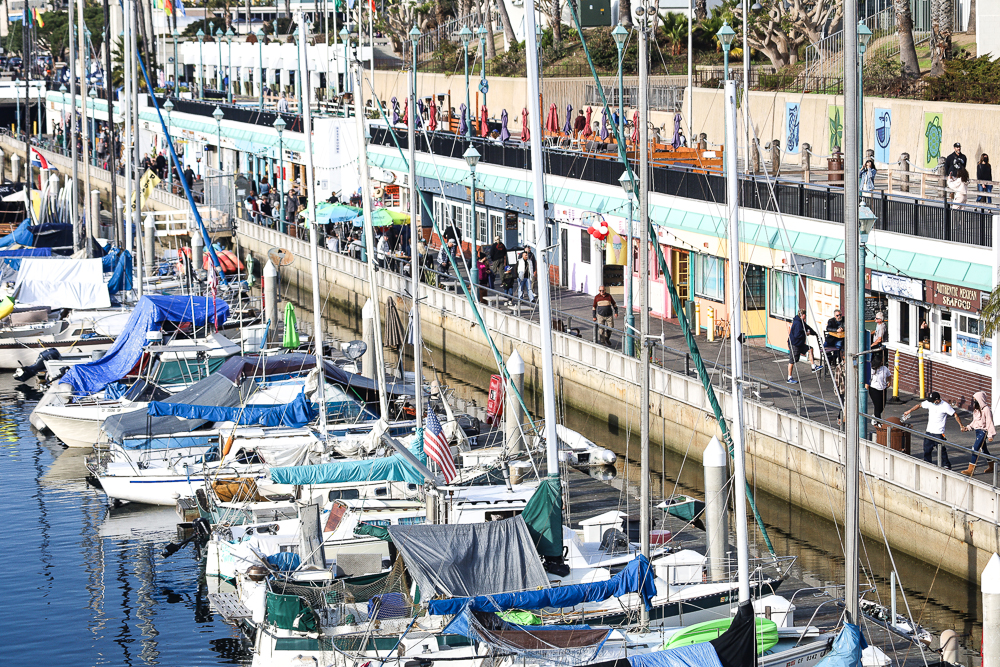 A new outdoor dining spot in Redondo Beach looks to shed its temporary status for the summer of 2022.

Plans and funding for sturdy, uniform dining decks above the International Boardwalk are now in the hands of the city council.

The Harbor Commission voted unanimously Dec. 13 to refer the project for approval.

“Everybody loves that space and wants it to get used. Who knew it was even there,” Harbor Commission president Roger Carlson said this week.

Over the past two summers, because of the pandemic, International Boardwalk restaurants, including The Slip and Naja’s, were allowed to serve in the outdoor area.

According to the plan sent to city council, permits would be granted for a six-month season — April 15 through Oct. 15. Businesses would pay $3 per square foot for their equally allotted space, for a total of $2,160. For furniture, each establishment would choose from a list of pre-approved pieces. Barriers between are to be designed, paid for and installed by the city.

Storage units for the furniture would be eight feet long by six feet wide by five feet tall.

Beverage cart service would be allowed on the strip, as well as acoustic music.

“This is the jump-off point, and it’s a good one,” said Harbor Commissioner Vicki Callahan.

A city group created the plan, working in the Office of Waterfront and Economic Development.

Carlson said the goal is something similar to the parklets in Riviera Village.

“People love them. We want that to happen on the Pier as well,” he said. ER