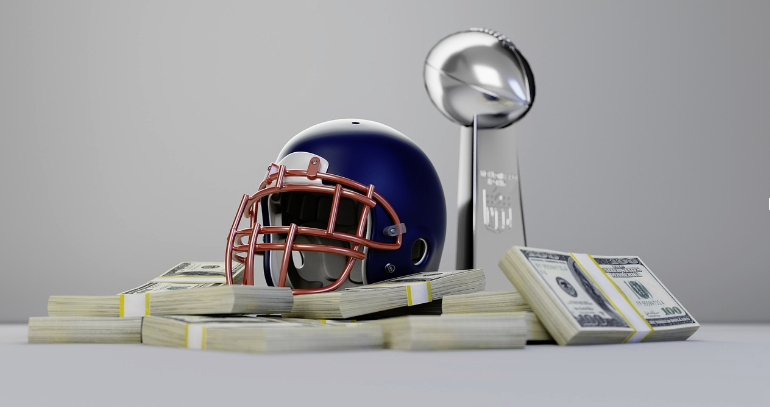 Player pay packets are a major point of interest and debate in all professional sports, and the NFL is no different in this regard.

The news that Aaron Donald is sticking around with the Rams is doubly intriguing for this reason, as he’s managed to net quite the payday as a result of his loyalty, and his skill as a defensive tackle.

Let’s explore the ins and outs of the deal, and what this might mean for the Rams going forward, as well as what fans can expect from having Donald in the team for the remainder of his career.

After beating the odds at the 2022 Super Bowl, the Los Angeles Rams were clearly eager to nail down an arrangement to keep Donald onboard for the foreseeable future.

The result is a renegotiated revision of his existing deal, which pushed the total value of the package north of $175 million.

This is particularly significant as a watershed moment in NFL history, because it makes Donald unique in being the only non-quarterback to take home in excess of $30 million for each season left on his contract.

How to get tickets to see the Los Angeles Rams

Although he may be in his early 30s and entering the final phase of his professional career, Aaron Donald is still an asset to his team, and worth every penny of his new contract.

If you want to see him in action, you can secure your ticket for the next Los Angeles Rams game online, where it’s easier to get a hold of the seats you want at a price you can afford.

It’s still a good idea to book in advance to avoid disappointment. Then you can cheer on the home team and witness one of the greatest DTs to ever live ply his trade.

Looking to the future

Another aspect of the new deal that Donald and his agent Todd France have signed with the Rams is that it gives the player a bit of flexibility in terms of how he handles the next few years of his career.

If he wants to retire after the next couple of seasons have been played, during which he’ll make a guaranteed $65 million, then that’s an option. If instead he chooses to play on from 2024, he’ll get $30 million more for that season alone.

Donald was in good spirits in an official Twitter video following the deal’s announcement, which suggests that he’s content to keep plugging away and making bank for at least two more years, and perhaps beyond.

One certainty is that Donald’s work ethic is unquestionable, and it is his consistency as well as his talent that has helped him to reach the heights he’s achieved so far. He’s certainly not prone to procrastination, nor afflicted by much self-doubt, and that’s reflected in his raise as much as anything else.

It will be interesting to see whether the re-signing of Donald by the Rams at a record-breaking fee for a DT will have a knock-on effect elsewhere in the NFL.

Average wages are around £2.7 million for a season, yet star players can easily outdo this, and quarterbacks are generally the most prized from a financial perspective.

With Donald breaking the $30 million per season barrier, he could open the doors to others in similar positions to argue that they too are worth just as much, if not more.

It definitely helps that Donald had a Super Bowl win to use as leverage in his negotiations, but he’s not the only one in this position.