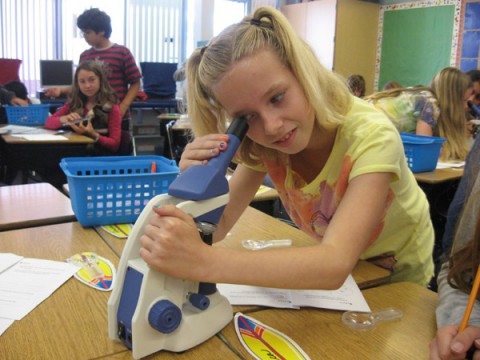 The organization, which was revived a year-and-a-half ago after nearly disappearing as a fundraising source for local schools, hopes to double its contribution this year and give $200,000 towards elementary music and arts, teacher grants, and various other educational programs.

The RBEF’s ambitions, however, are much greater. Through its newly launched “Club 360” the foundation aims to enlist broader community support and eventually become the kind of fundraising force that can help meet the multi-million budget gaps faced by the Redondo Beach Unified School District as a result of repeated state budget cuts.

“It is not an easy road,” said RBEF president Blaise Tracy. “You don’t move a mountain in one step,  but we’ve made great progress.”

The idea behind Club 360 is multifaceted. The RBEF, through its program commitments, bolsters the school district’s stated goal of educating the “whole child” by addressing the physical, academic, social and emotional needs of students. The foundation also intends to win 360 degrees of support from the community by involving district parents as well as small businesses and bigger corporations in supporting education.

“I hope companies realize helping the education foundation helps themselves,” Tracy said. “If you have needs for folks specializing in math and science, for example, start them early in elementary schools and keep them interested and up on what is going on in the middle schools and high school. These are the kids that will grow up and get jobs at local corporations…We need corporate sponsors just as much as parents and other citizens to donate.”

Finally, Club 360 comes down to a financial commitment of $2 for each of the 180 days of school. Tracy said that if each of the more than 5,000 district families met this goal, the foundation could help prevent employee layoffs and program cuts made necessary by a projected $3.6 million budget deficit faced by the district this year.

Tracy acknowledged that the RBEF has far to go to meet this goal. Last year, he said, only 11 percent of district parents contributed to the education foundation. As the district prepares to let go as many as 40 teachers this year through layoffs and early retirement incentives – and looks ahead to several more years of state funding challenges – Tracy said the need for the foundation to grow has become more urgent.

“I think the point is if this is about as tough a time as it gets with millions of dollars in cuts the past couple of years, and the response from Redondo Beach is 11 percent – well, I am hoping we can do better than that, and I know we can,” Tracy said. “We are asking for $360 per family, but any amount helps. We had 11 percent participation last year, and you have to ask the question: is that really the response in Redondo Beach? I certainly hope not, because it is not as much as we need.”

The current fundraising drive hopes to reach $200,000 by April 1. At a school board meeting Tuesday night, however, RBEF board member Monika McCarthy said that participation has been somewhat lackluster thus far – a mere 4 percent of district families have contributed this year. She stressed that Club 360 isn’t just about giving $360.

“We certainly want to encourage everyone to donate what they can,” McCarthy said.

Several surrounding school districts have more financially robust education foundations. Organizations in Palo Verdes, Hermosa Beach, and El Segundo all contribute more than $1 million annually to their respective school districts, while Manhattan Beach has contributed $4.1 million each of the last two years.  More than 60 percent of school parents in both Hermosa and Manhattan contributed to their education foundations last year.

The RBEF’s contributions thus far have been relatively smaller, but still significant. In addition to keeping alive arts and music education at the kindergarten through second grade levels – which supplements existing programs through the rest of elementary school – the RBEF financed new science lab equipment as well as intramural sports at the district’s two middles schools. At the high school, the RBEF funded a peer leadership program, called Safe School Ambassadors, meant to address bullying and school violence issues. The foundation also paid for upgrades to the high school’s career and college center and distributed $40,000 in individual “teacher grants” to address classroom needs throughout the district.

School board president Todd Loewenstein praised the foundation’s contributions. He also said that while a higher level of participation would be welcome, he didn’t want the foundation to become a high-pressure fundraising organization.

“It’s clear we are cutting back in a lot of areas so they are vital in helping us keep up the enrichment programs that the district needs,” Loewenstein said. “At the same time, a lot of people are hurting right now, so they are giving what they can, and we have to respect that. It is not mandatory to give, but it certainly is helpful. In other cities, there is a lot of peer pressure on people to give…It’s hard to fault people who aren’t able to contribute because they have other priorities, but we would like to see a higher level of participation, absolutely.”

Superintendent Steven Keller said that lower participation rates work if the donations are large.
But one way or another, he said, the district desperately needs help from the community to help make up for several years of ongoing budget cuts – totaling more than $5 million last year in addition to $3.6 million this year.

“The school district can’t do it alone when the state continues to devour and reduce our budget,” Keller said.

Loewenstein said the Club 360 plan makes giving somewhat easier because donors are able to contribute on a $30 per month basis.

“It’s easy enough to give $1 a day for a child’s education,” he said. “I think most people say, ‘Sure, I can give up a coffee a day, when you put it that way.’ The foundation has done a really good job of bringing the organization back and getting people to contribute, and my hat is off to them.”

The RBEF has also begun working more closely in partnership with the Redondo Beach Council PTA, which has begun focusing primarily on serving as an advocacy group and encouraging parent involvement in schools while supporting the foundation’s fundraising efforts.

Tracy said another message the foundation wants to convey is that 100 percent of funds raised goes straight to the classroom – there are no administration fees. Parents who want to contribute to a specific school should keep in mind that the foundation helps bolster education district. 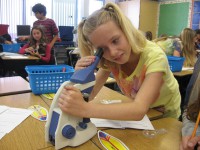