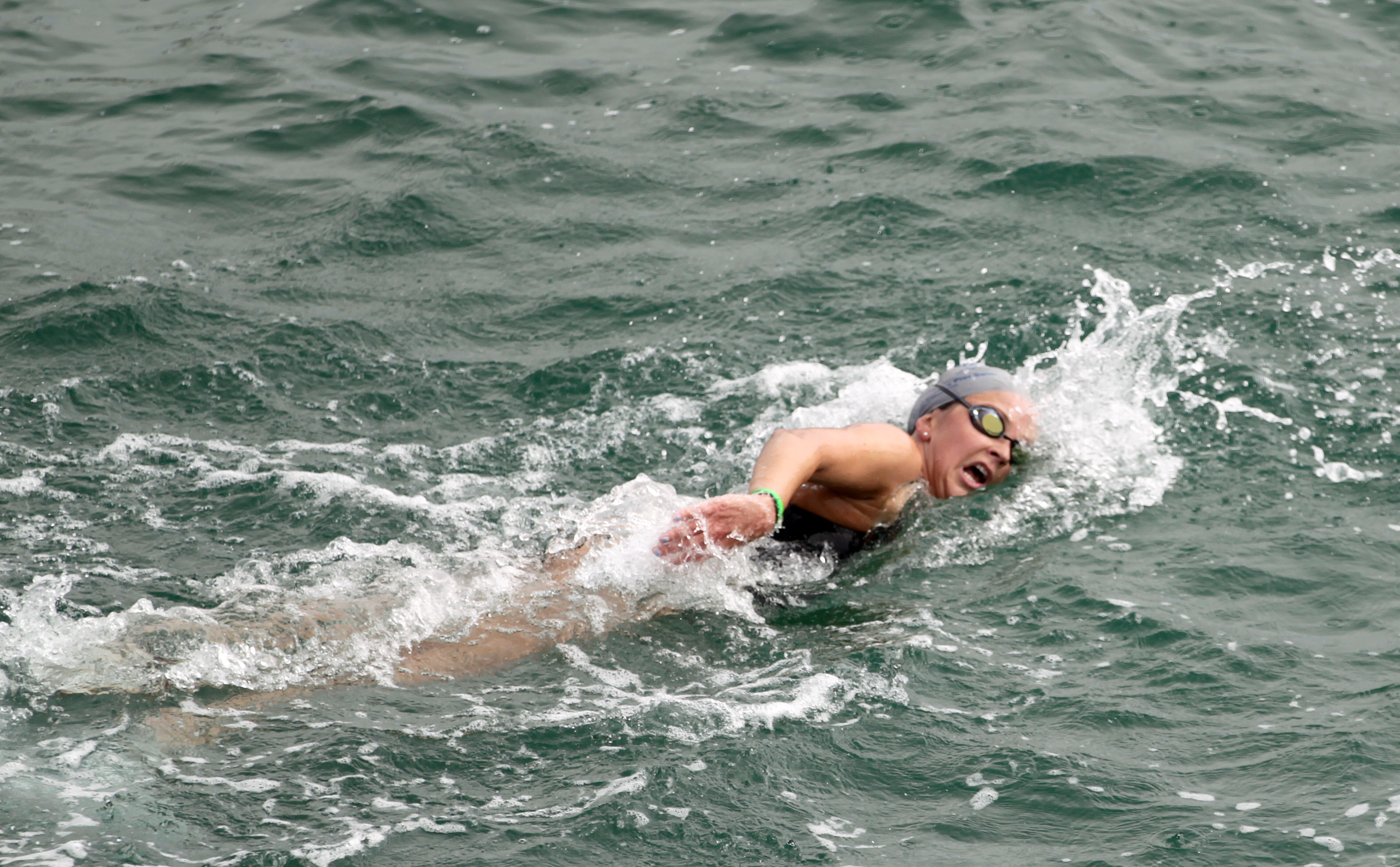 Kelsey Cummings of El Segundo follows the Manhattan Beach pier to shore and then runs up the beach during the 2019 International Surf Festival Dwight Crum Pier to Pier Swim. Photos by Ray Vidal and Kevin Cody

Los Angeles County Lifeguard Kelsey Cummings, of El Segundo, was the first woman finisher in  the International Surf Festival Dwight Crum Pier to Pier swim on Sunday August 4. Her time of 38:27 earned her seventh overall. She also placed first in last year’s Pier to Pier swim. In her freshman year at El Segundo High in 2008, Cummings led her team to the CIF-SS Division III title. She subsequently swam for the University of Michigan and now is an assistant coach for Alpha Aquatics. 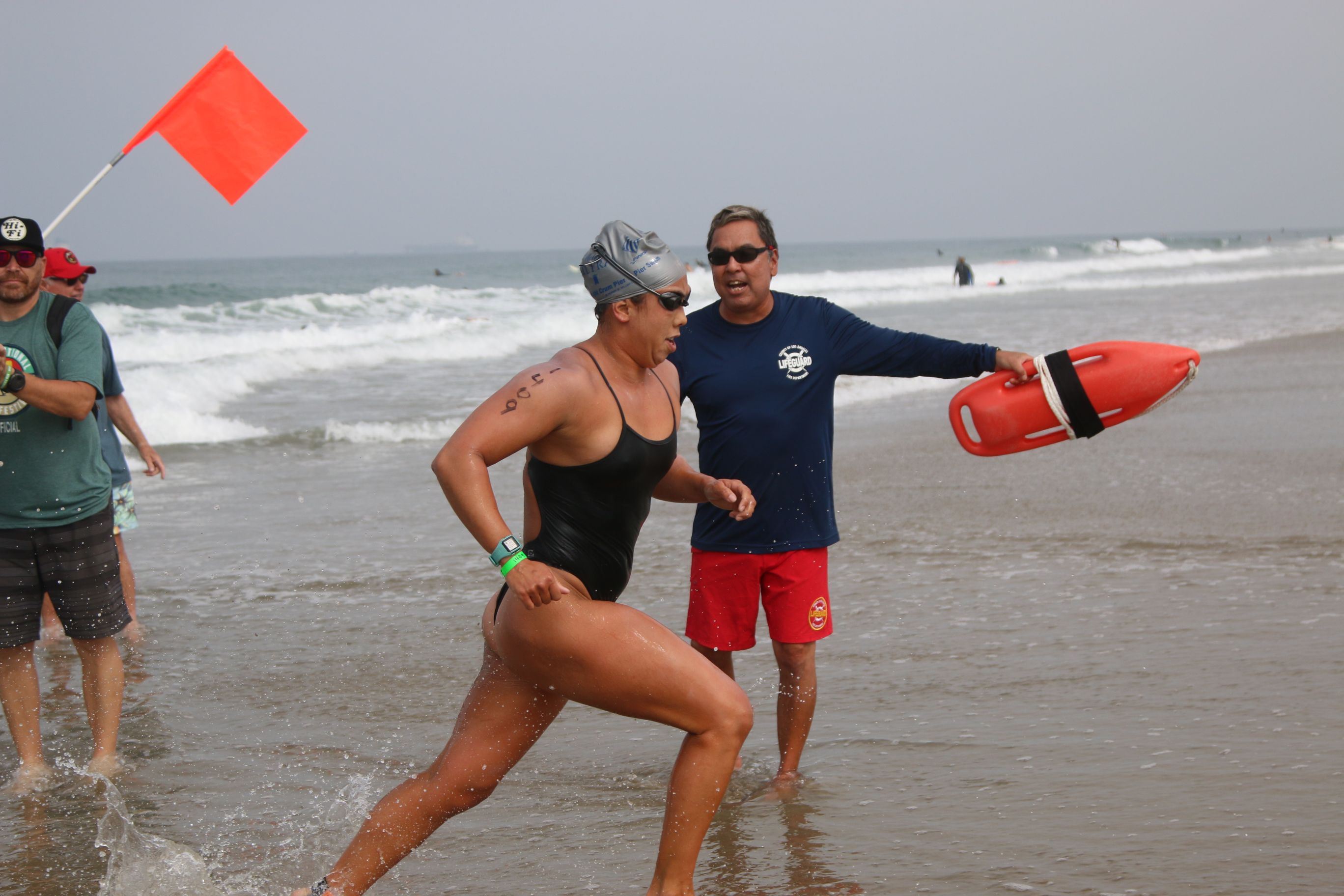 Hannah Carlton, 24, also of El Seguneo finished second in her age division and was the fifth female finisher, in a time of 42:16. Alexander Cole, 14, of El Segundo, was fourth in his age group, in 42:49. 24 El Segundo swimmers competed the race. 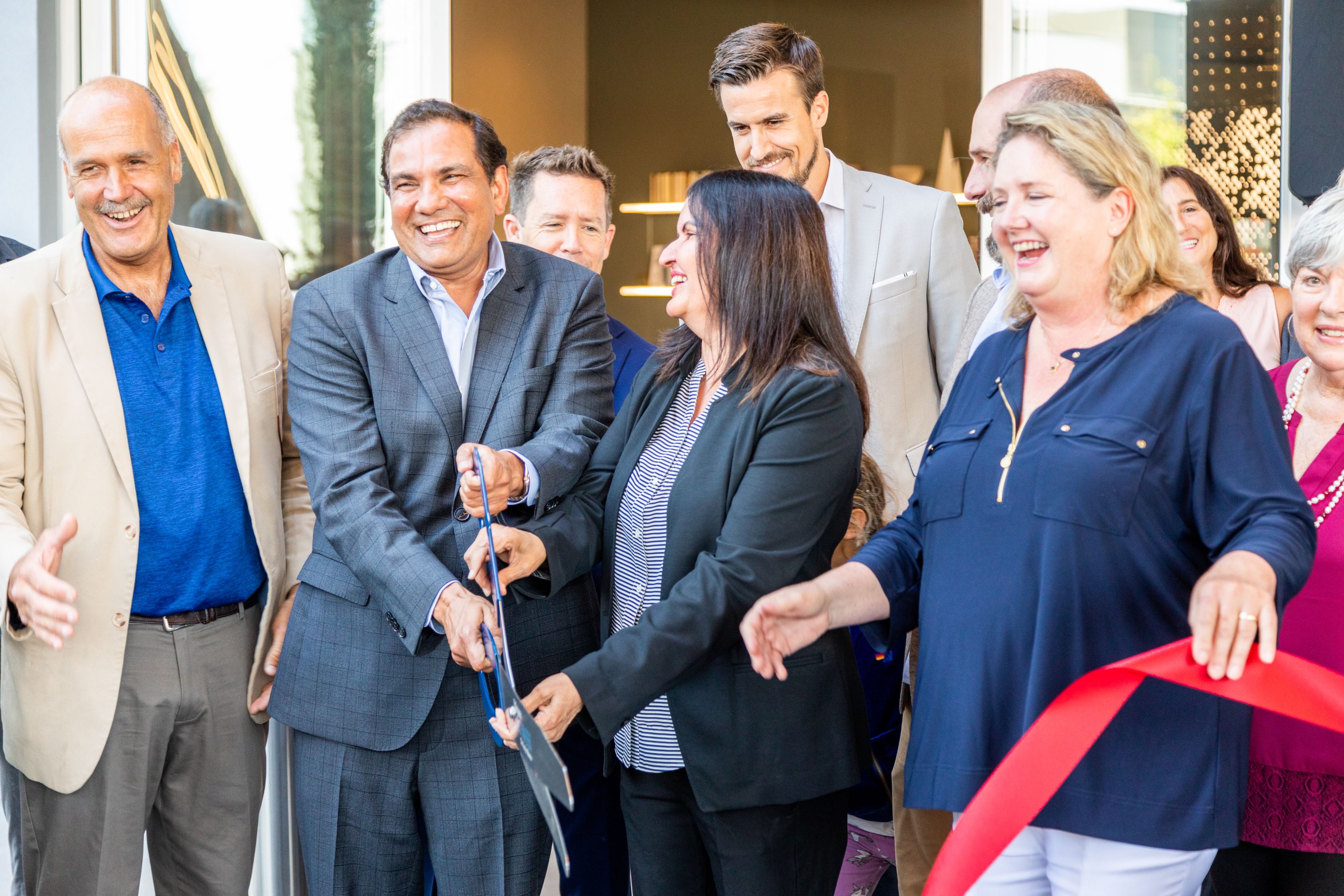 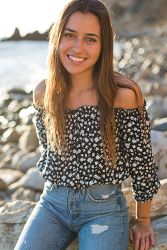 Kinecta scholarship recipients were chosen by the Scholarship Program Selection Committee, comprised of 23 Kinecta employees. Students submitted written essays on how personal experiences influenced their development. Applicants were scored based on the essay, community involvement, GPA, and extracurricular.